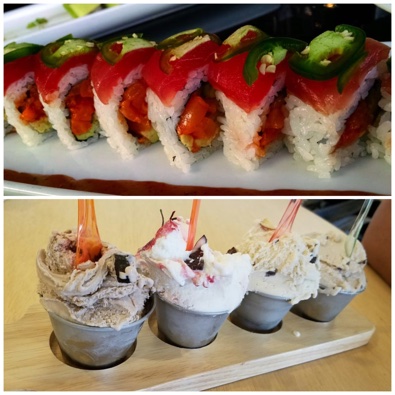 Kids these days have some sort of idea that it is cool to be an introvert, they wear the title like some sort of badge of pride. Some young people claim to be introverted because they stay indoors all day and spend a lot of time on the internet watching youtube (yes, I was a middle schooler at one point and those reasons are unavoidable in that age group).

A key difference between introverts and extraverts is the way the two groups recharge their battery. A large party or having to participate in small talk would drain and introvert's energy while it would help energize an extravert. I would not be surprised if a large percentage of webcomic creators and or readers identify as an introvert.

So last week, I was having “A Week”. That means it was not extraordinarily good, and it was not horribly bad, it was a week. I did notice that when I would go to bed at night, I would never wake up feeling fully refreshed, and I was just going through the motions from one day to the next on mental autopilot until it was Saturday.

I went to work and the Bad Luck from Friday the 13th must have trickled into the weekend because technology was acting up at work. By mid-afternoon I quickly thought to myself, “Today is a sushi and gelato day.”

It has been forever since I have gone on a date with myself. For me, going on a date with myself is a win-win scenario–I get to pick the restaurant and I never have to fight over who pays the bill. In fact, at the end of the night after I had my fill of sushi and gelato, I realized that being an introvert (to me) means being a single thirty-something and spending Saturday night alone while being fully content. I woke up Sunday feeling amazing and more refreshed than I have been in a long while. My energy levels felt fully recharged after spending one night alone.

I need to go on more sushi and gelato dates with myself in the future.

Hrmmmm.... I need to get myself psychoanalyzed... Not sure which I am, as being alone and going out both can recharge my batteries...!!

In my 20's I was introvert most of the time. No longer in touch with high school friends and didnt date. Just some college and work. And I regret. I felt like i wasted my 20's. That was only time I'll ever be 25 and hardly did anything with, socially. However, all that change by my 30's, after my failed attempt at marriage.LOL. I made effort not be so much introvert. And it's in me to alone easily but i keep it in check now. Just remember your only 30 once so dont waste it :)

Yeah, I love my alone time. Sometimes I don't want messages on my phone even or to be contacted online in any from. Other times I crave meeting people! I never thought of myself as a social guy and I will happily melt back and let others take the main stage, but if I feel like it or if it's needed I will take the lead and drive the conversation.

Always interesting! That explanation of Introvert/Extrovert (or ExtrAvert. What, do you have more than one or somethin'?) hit home for me a few years back after a death in the family. My interactions with the other grieving people was all for THEM. In grief, with that low amount of energy, I really felt how difficult it was to be around other people. I had to get away and be alone to recover. I am prone to wanting lots of privacy but I'd never noticed it as much as when I was in that situation.

Yeah. I am sort of an introvert myself, but I am getting out of my shell more and more every day because I like people. I was never the type to be into what is cool. If you ask me, being yourself never goes out of style.

Also, if you spend your "alone time" texting or playing mmorpgs, that's not exactly introvert activity. There are lots of online things that are very social and draining (to introverts). "Alone in your room" is not really "alone" if you don't want it to be. Extraverts are cool too. I love to meet them and bask in their energy (for short periods).

I work with the public for a living. It definitely drains me, but I enjoy it. I strategize my weekend to be alone as much as possible. (Some of my coworkers go out dancing or doing things. It sounds like a chore to me.) I get that I'm introverted. It doesn't mean antisocial. I think I have a good job for an introvert. We all need human interaction, but I like to get paid for it.

Yes, being an introvert means not needing friends to do things :) We're never full introvert or extrovert though and sometimes we swing from one to the other depending on the situation. I'm more introvert than extrovert though. I'll happily go and see a movie on my own if I feel like it- or see whatever else.