Talking is Action Too 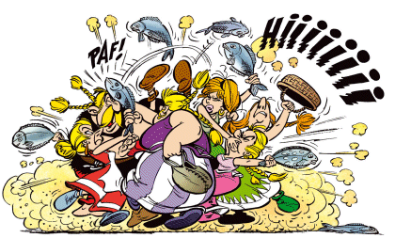 Often in making webcomics, creators may try to have more action than discourse, as it tends to make the comic more visually interesting and give opportunities to avoid ‘talking head’ scenes.

However, I think that sort of conundrum is a potential trap that might prevent creators from truly making use of all the potential their story and characters have- because if done right, everything on the webcomic page IS action.

Discourse or discussions between characters have a natural dynamic and pacing that has to be tapped in, in order to make the scene itself dynamic and powerful even though the character’s aren’t physical with each other.

Usually a scene involving a discussion or argument between characters reads like a neuron’s action potential: 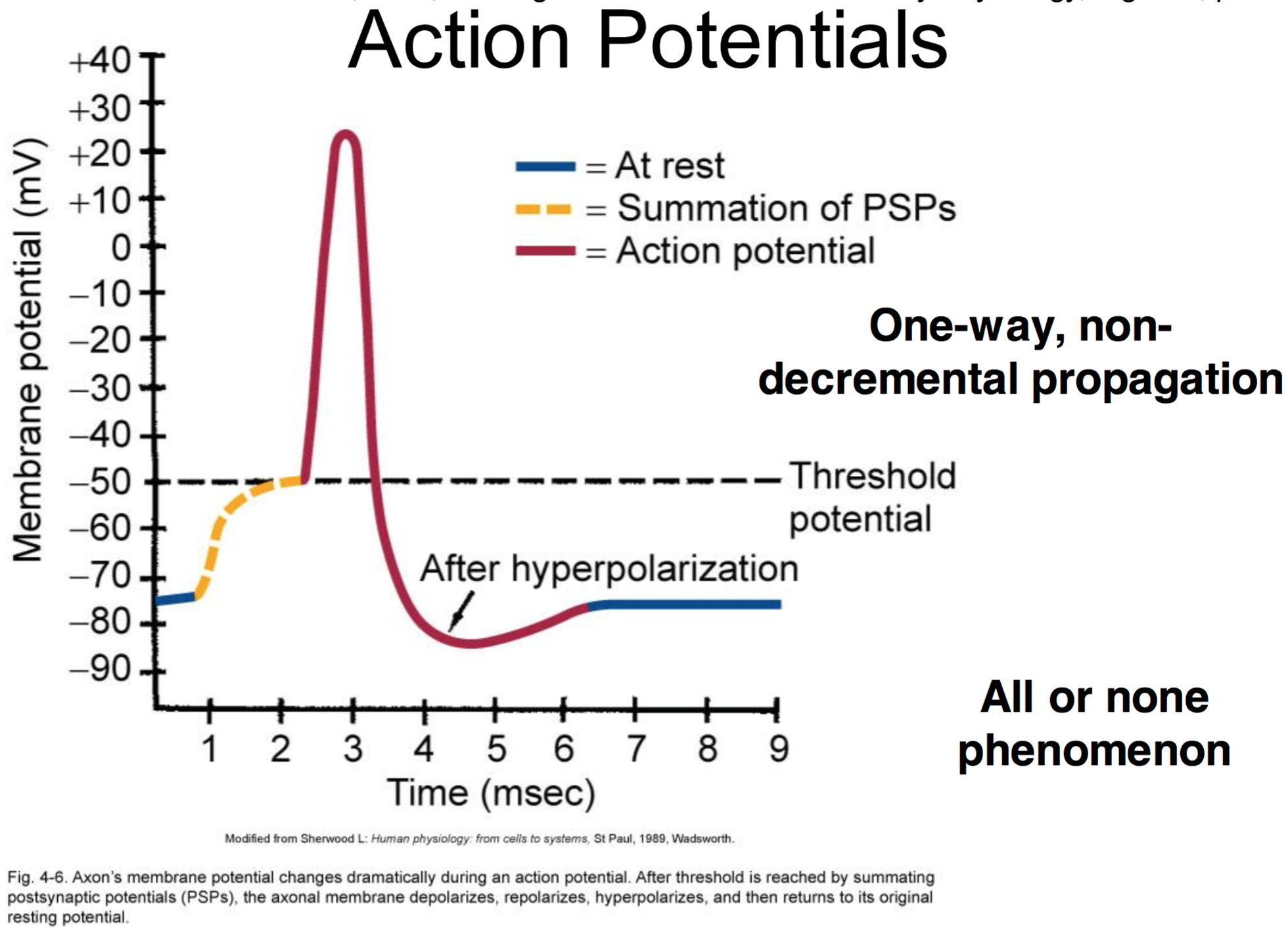 While the line is blue all characters involved are in control and in position (set up for the scene). Then the yellow dotted line is where the tension begins to lead towards the argument. This might be protracted, or extremely short. This tension should be illustrated as the characters begin to be involved in the discussion or the argument.

Then, comes the threshold: the point of no return, after which the argument, the clash, the showdown is unavoidable. It is usually just a few words, or even no words at all, a simple smirk or facial expression that sets off the chain reaction that will lead to the escalation.

The escalation (the red line all the way to the peak) is where the argument will be the most intense and perhaps the most violent with the peak being the apex of the scene, where its point happens: the story plot point, the reason (usually something that propagates the plot) for the scene should happen at the peak, the crowning moment of the entire argument, or discussion that leads to a breakthrough, or similar turning points.

The action potential approach to every scene turns every scene into a form of action because it keeps to a dynamic pacing that doesn’t allow for a halt in the progression of the story and its plot. Treating talking scenes as action scenes will ensure that you can have the audience engage just as much as they would in a physical altercation- maybe even more!

@Jason Moon: I think you have a great balance between dialogue and action, and your splash pages work very well because of it.

@bravo1102: "Webcomics don't have that page number limitation." And that's the reason I'm still struggling to understand webcomics ^^. You know, I had to work with limited number of pages because the printed version. Maybe in the next story arc, I'll be free to experiment... Maybe. And about Western comics being "wordy", I didn't talk it's right or wrong. I've just told of my preferences. I don't think it has to have less talk or less action, I just voiced what I don't like ^^. Sorry I didn't make it clear. I'll be more careful when I exposed my preferences next time.

With an archive of five completed comics, one on hiatus and another currently updating and all full of action, it's a learning experience to create an action scene that flows with the proper balance of kicks in the face and conversation. Don't know but I've been told I pull it off more often than not. Look at the running phaser battle in Tales of SIG or the crazy, confused attack on the engine room in Interstellar Blood Beasts or the ghoul attack in Sword of Kings. Dunno, I think I pull it off, but it took the 200 plus page struggle of Mask of the Aryans to work it all out. That was sword fight after sword fight. Have to find the rhythm that works for what you're trying to do. And action sequences can go on too long. Look at those stupid Star Trek reboot movies. A chase/fight that goes on for 30-40 minutes?

@AmeliaP: Webcomics don't have that page number limitation. Look aorund this site and you'll see story lines drifting into hundreds of pages and a couple at over a thousand. Having actually been in a few RL "action sequences" sometimes the talk is all technical and mission focused, you ramble on in a profanity laced tirade of frustration and anger, but most often a mixture of both. It usually depends on how disciplined and well trained the person in question is. It's usually nothing like in the comics but some movies are close. Clear communication can be the difference between life and death in moments of high stress and talking shit to unnerve an opponent or soothingly to calm a frantic situation works. And then there's humor. Remember that sequence in Full Metal Jacket with the Marines after a vicious firefight singing "Mickey Mouse club" theme song? It really happened.

Exceptions to everything. If you can make a compelling action scene without a single word and draw in the audience's attention then you are doing action right. I don't think it matters whether your characters are chatting away with each other or fighting a war, if you do it right it can all be entertaining. I personally flood my story with conflict and horror, and when that intimate or touching scene does happen it makes it all the more touching because it is rare to see! I also prefer the pace of my comic to be more of an animation than a comic. Splash pages are my fav :)

I love conversation during action. It irritates me when the two things are completely separated. Talk and do nothing is exactly as awful as action in silence. My favorite type of scene is having an unrelated/mundane conversation during a fight. Granted, that only works with certain kinds of stories, but it makes for a fun read. -- I've never liked intense moods. Less dialogue certainly creates that intensity, but it can also mess with pacing. Fewer panels per page and more pages for the scene can help create the right mood and pacing for an action sequence if little dialogue is used. For dialogue-heavy sequences, it's helpful to condense the conversation into fewer pages. Otherwise, I feel burnt out as a reader. (Comics that have page after page of dialogue make me start skipping through pages. The same thing happens with a silent or low dialogue fight scene that goes on too long... There is a balance to it.)

Drawing action is a problem, mainly in Western comics due to the limited page number comparing to Eastern comics (manga, manhwa, etc.). Western comics had to adjust action in a smaller chunk suggesting an idea than showing the "step-by-step" action, common pace/rhythm in Eastern comics with their +400 pages by Tankohon. Another thing which catches my attention is their "wordy" development in Western comics. The characters talk TOO much and usually don't shut up in action scenes... To be honest, it's hard to find a good action comic since this media don't have movement through space (like animation or a movie.), and they insist not to create anticipation.Sigh. It isn't easy to deal with action in comics...

I remember something similar from my endless literature classes in high school and college. Normal state--rising action--conflict & resolution (or not)--declining action. Very useful thing to be aware of when writing. And isn't this part of conflict resolution in interpersonal relationships seem to remember something like this from my therapy and teaching classes.

Yeah, I have noticed this flow in comics especially character driven ones.

Fantastic article - very true and clearly put. It really hits home! Makes me want to do better dialogue and shows how to do it too! Huzzah!

(looks at all my text-heavy pages) So... I've been doing action the whole time - Yaaaaayyy!! Seriously, very good and informative article!! I think I was sorta aware of these dynamics, but seeing them graphed out and explained really slams it home!!

Interesting breakdown. Keeping visuals interesting helps "calmer" scenes too. They can do something while they talk. Irl, we often have to multitask, so it's rarely "talking heads." Have characters talk while cleaning house or preparing a meal or playing video games. That also gives them an outlet for frustration when the conversation escalates.

I attempt that in my own comic right here by striving to make even my talking scenes full of drama or comedy. And how ironic that you should feature a fish fight fro ASTERIX as that comic was a strong influence on my own work!