Wardrobe Is a Tell 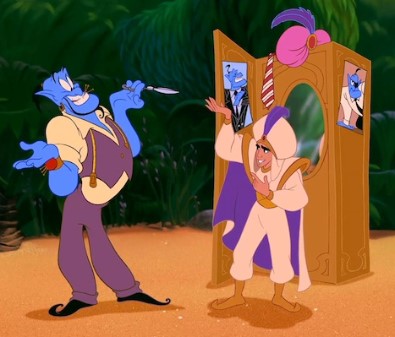 They say that the best and most important elements in visual arts, from movies to comics, are done well when the audience doesn’t quite notice them. And that is definitely true- research and plot development and world building are some of them about which I’ve already talked about.

But I’ve noticed that sometimes when it comes to character wardrobe, it’s not only the audience that doesn’t quite notice it, but the creator as well.

Often how a character dresses, and how this character’s wardrobe choices may shift as the story develops are overlooked and left unused by the creator. But leaving such a resource to the margins of our comic design can potentially handicap us in our mission to speak to every single one of our audience’s senses if possible or communicate subtle messages about a character’s personality and even mental state without actually having to openly state them: the ‘show rather than tell’ conundrum we all struggle with in narrative work.

So what can a wardrobe reflect, if we select it right?

The era : Historicity in clothing gives the tone but also gives a sense of realism in works. Even in works of fantasy or science fiction, if the choices in wardrobe reference actual fashions and styles that correspond to the approach, attitudes, social stratification and culture of their matching historical times, audiences tend to suspend disbelief far more and far more easily. (This is where research comes in…)

How the times are : If characters are generally dressed in full outfits that are proper for the weather and include all necessary accessories, if the clothes aren’t worn out or constantly mended, then it’s likely the times are good. The economy is doing well, and so do (most) of the people in it.

The character’s social class : The affluence of one’s clothing (color coordination, uniqueness of designs, extravagance and luxury in accessories) indicates the socio-economic status of the character. How often he/she changes outfits also adds to that.

The character’s personality : The choice of clothes also indicate a character’s personality. It feels only natural that Snape from Harry Potter would dress in all black while Lockhart would choose flamboyant, flashy colors. To have them swap wardrobe choices feels alien and absurd, as if their very personalities would suffer if they did. In the same way the manner of dress of a character in a comic immediately gives an impression of how that character is most likely to behave, think and decide. Of course that can also be used to surprise the audience (e.g. a character that dresses like a clown is actually very sinister and serious), but in that case too wardrobe is used to underline the character by the use of contrast.

And last but not least…

The character’s mental state : The more stable, happy or adjusted the character is, the more up to standard his/her dress code will be. People tend to be shabby and neglect their grooming when they are unhappy, distressed, stressed, depressed or experiencing hardship. On the contrary when things look up for them they tend to groom themselves more, and want to look more presentable to others. So how clean they are, how often they change clothes, how groomed their hair is and the like often indicate mental or psychological status.

And that’s it! How have you used wardrobe in your comics?

The wardrobe itself can also be the central element of the comic. I started GirlsquadX back in the early 90's specifically as a vehicle to show off my ridiculous fashion designs. The characters and plot were an afterthought.

You nailed it! Wardrobes is something I never really consciously notice, but when I recall them, I always remember, and they so often convey the exact characteristics you describe!!

This is an area I gave quite a lot of trouble with since I have no fashion sense and am often drawing characters who do. Or should if I knew what I was doing. -_-

In a lot of cases, wardrobe is an afterthought for me, but I always give it some consideration and sometimes a great deal of thought. It is more important for some characters than others. The poorer characters don't change clothes much. Just a couple outfits at the most. Tristan's clothes are hand-me-down from his dad. They also borrow outer wear sometimes. Yuki and Seiko probably change outfits most. At least from story to story. The most fun I've had with wardrobes so far included 13 year old Caroline's mismatched brightly colored everything to emphasize that she is more child than teen and a bright outgoing child at that. (Contrasted with the very dark concealing attire after she was assaulted.) I also was greatly relieved to settle on a design for "Captain" Jack's attire. It had to be modern and trendy but with nautical and pirate influences, also laid back as his character -- and lots of gold bling. Kinda proud with what I settled on. It is modern but with all those touches.

Right now I'm on a wardrobe dilemma! My characters are normally schoolgirls, but I'm trying to give them a 'natural' look and change their clothes once in a while when they aren't using uniforms. Also I'll introduce new characters (who aren't schoolgirls) and this topic has been a great help!

Great newspost, well thought out! Pinky TA has very carefully designed military outfits. The comic is set in a weird alternative world of the 1920s but the uniforms are designed to look modern, to show the hybrid nature of the world with its modern looking mecha and technology. Pinky, CC, and Ace all have outfits designed around colour and style themes to highlight aspects of their personalities. Pinky is always super sexy a military, CC is sexy and commanding, Ace is the heroic 1920s-30s archytype. I have a lot of fun with the outfits.

If there was a best wardrobe award in the Drunk Duck awards, my comics would win it every year. Or at least that's what my readers keep telling me. But what do they know, they keep reading my trash. I have notes in my files outlining all these points. I cleaned them from articles and interviews on the great costume and wardrobe people in film, stage and TV.