The Soundtrack to Your Comic 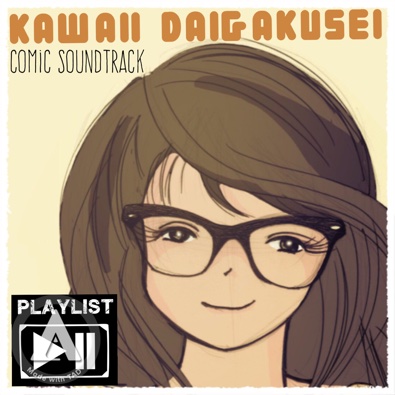 Remember those large headphones that were perfect for a walkman? Or turning up the volume in a car stereo on a long drive. Listening to music can add a new dimension to an otherwise normal day.

There are some motion picture soundtracks that are so artfully put together that they complement a film and are stand alone feature all their own. Two of my favorite soundtracks have been: The Garden State, and The Fault in Our Stars. Zach Braff has said that he just selected songs that he really liked for the Garden State, in fact, he used several of the songs he was listening to while writing the script and he ended up winning an Oscar for the soundtrack. The Fault in Our Stars OST was compiled by two members of Bright Eyes and the soundtrack reflects the emotive feeling of the band.

One really fun activity is to compile a selection of songs and create a soundtrack for your comic that a reader can listen to in order to get a feel for the whole body of work. It is a thoughtful project that is like creating a mixed tape for a dear friend. Music has a way to stir up emotions in the reader in more ways than just the art. It helps form a personal connection to the work as a creator that the reader can eagerly participate in, too.

The soundtrack to my comic would probably be a mix of a lot of Indie Pop, Icelandic, Bossa Nova, and Jazz. How about yours?

For me it's chillout/ lounge music. Recently I tried Lord Of Rings sound track. But it didn't work for me.

I'm always listening music, either while I'm drawing or with my band. I'm an alternative (if this genre still exists XD) rock fan, if I could choose a song that define the feeling of my manga, it definitely must be 'Trust' from The Cure. Powerful but sad, and I think the lyrics fit perfectly for my protagonist. Many ideas came from listening music and sometimes the type of music I listen depends on my mood, but I'm a big fan of Soda Stereo (from Argentina) and it's always on my playlists :D

Ha, if my comic was a movie, there'd be a fair amount of Elvis and rock classics in the background... And then Epic soundtracks during the 'BIG' moments

There's a Spotify playlist, Instrumental Soup, that I listen to when writing. From Ambient to Zydeco, with a heavy dose of funk and new funk, and some post-rock. 1300+ tracks. (Go on, listen to it, it's a shared playlist.)

That's why I put what music I used when finishing the page in the description. I pretty much allways choose the music that matches what I draw in tone. It's a great inspiration, when coming out with an idea for the page. For example music I listened a lot during creating the prologue (page 1 - page 13) was classic polish song "polonez". It's epic and full of pathos. It works great while reading the prologue. It gives the whole scene an incredible feel.

I watch TV while I work. However, I get ideas for my stories mostly while listening to the radio in the car. The station I listen to are basically mixed top 40 hits from the 70s to the 90s. That's the soundtrack of my brain. I frankly don't know if it fits my comic, whic has a more mellow pace. Gunwallace's "theme song" for it seems more spot on than anything I would dream up.

Im always listening to music when I'am coming up with ideas for a story or drawing. I rarely write. I almost feel music inspires me to draw and create better. There are two songs I feel fit my comic, not necessarily the theme or what they are singing about but the sound and feel of the music. The band "BoA" their song "Daylight". (Make sure it's "BoA" the band and not the asian singer girl with the same name!) And the band "Seether"their song "Truth". ( The ACOUSTIC version of truth, UNPLUGGED! You can find it on Seether'sDVD "one cold night" or just put in acoustic version.