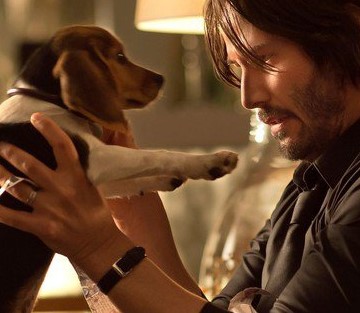 A pet is wonderful to have in your life- they will usually love you unconditionally and give you moments of solace with their antics. They become a member of the family, they have personalities that make them unique across all other pets you will ever have and across species. You hate them when they ruin your favourite sofa or poo on your new rug, but only an hour or two later you will love them again and forgive them (unlike with humans with behaviors that lead to the same results). When they die, it’s devastating.

They’re usually nothing like that in comics or movies, and so they become annoying.

In comics or movies (and often in other forms of creative narration), a pet is a device rather than its own character with its own entity within the cast. We encounter them as exposition devices, plot devices, MacGuffins, comic reliefs, but rarely as a proper representation of a pet, realistic or not.

This, however, takes away from all those things we expect pets to do from experience, and thus it undermines our suspension of disbelief. Our awareness will detect that the pet is being used as a crutch for purposes that should have been done by proper storytelling, and that will make the pet annoying because it will attract unwanted attention and throw us out of the movie or the comic.

I am not suggesting that it isn’t possible for a pet to successfully be a plot device or a MacGuffin or an exposition device for the story; what I am saying is that if you decided to use it as such, you must first build it to be a rounded character, with its own personality and behavioral patterns and mannerisms that befits its species.

Unless you build it in the story, don’t give the pet special non-species behaviors, or behaviors that one would expect of a human. Give it instead special behaviors that befit an animal. For example, if you want to show a dog being hostile to a character’s enemies, don’t make it be so spontaneously (unless it is so to ALL strangers, good or not) but only after the dog watches how his/her master interacts with said character. And even then, choose what behavior/interaction it is that triggers the dog’s hostility. Is it aggression on the part of the enemy? Is it fear on the part of the dog’s owner? Don’t make it seem that the dog is telepathically connected to his/her owner, like a megaphone for that character’s inner thoughts or feelings. While you will be achieving the same thing, going the more natural route will make the dog fit in with the rest of the cast, rather than risk it becoming annoying.

The dog in John Wick doesn’t have any special behavior towards John, the main character. It behaves like a puppy- all the initial attachment comes from John himself, and the bonding from the dog’s need to feel proximity and warmth with his owner. They don’t have any interaction more than that, what all of us have had with our puppy or our kitten.

And that is brilliant for what happens to the dog later and how that event is used to not only propel the entire story, but also make the audience invested and rooting for the character until the very end: we identify with John as a new puppy owner, and we expect him to live with it as it grows into a dog, we see how it helps him get through his grief just by its presence and who it represents as a gift. By the time the dog dies, it feels like how we’d feel if our pet had that fate, and the movie has us in its absolute grip.

That is one of the better uses! Look to Disney for the not-as-good.

Excellent stuff! This is something that's never occurred to me at all!

@jerrie: Pets are antagonists of artistic progress. My cat lies on my computer and messes up the touch screen. The dog keeps eating my erasers. They do initiate a lot of RL plots. Vet visit melodrama. Dog found a leak in my wall once and initiated an entire real life story arc. Annoyingly effective little plot devices.

Pets ARE annoying. Just ask my cat. I love her...but shes annoying. she waits until I am drawing to want to be around me. when i am not busy, she wants no other from me. when i AM busy...there she is.

Additional thought on pets as devices. A dog or cat in a horror/sci-fi anthology has one function. It is going to get mutilated, eaten, transformed, disintegrated, etc. Sorry pup, you wandered into the wrong narrative genre.

@Tanta: Thanks! It can be tricky to do. Animals tend to upstage stories, steal scenes, and alter mood. Best to use caution. (Btw, more bad, and some good, examples can be found among anime "mascot characters." Ein in Cowboy Bebob is fairly well-written.)

Usedbooks: your use of pets in Used Books is one of the far better examples out there. People should take notes on how you do it.

Ozoneocean: About Snowy in Tintin- in the earlier stories where he has basically a type of side kick (and you weren't sure whether Tintin could understand him or not) to me at least he was annoying. But as he became more 'dog' with that personality with Captain Haddock taking his place as side kick, then he became more and more fun! His antics are little side stories that add to the main plot rather than undermine it, in my opinion.

Btw, I caught flak once for having a cat in my story attack a visitor seemingly unprovoked. I wanted the attack to indicate that she was the person who wounded the cat in a previous arc. I hate that I was unable to pull that off. Bad writing on my part. It was a good concept, though.

Sorry. I got carried away. This is a topic I think about a lot. I tend to hate stories and movies about animals or containing them. The unrealistic way they are written (as either objects or human-like) rubs me the wrong way. Great post!

I do specific types of planning and research before adding an animal to a story. It is different than adding an important object (like a vehicle) but also different than adding a character. I think about the role. Is it for a job, like a bomb-sniffing dog or a protection dog? Is it a companion for a character? What is the nature of the bond to its human companion? Is it an animal tied more to a location than a person (like a park or a junkyard or a forest trail)? What is the nature of that location? How will the animal add to or exemplify the location? What characters will interact with it and how will it and they react? I take this into consideration when deciding on breed, species, level of training, whether the animal is social or aloof, if and how it treats familiar people different from strangers. Is it a "one person" cat, etc. Animals do have their own behavior and it is important that they stay "in-character" if they are recurring.

Animals are great characterization devices. A pet can show some of its owner's traits. Maybe that well-trained dog has a controlling master. A person who hates people might have a cat who also hates people -- or a cat who loves people much to its owner's chagrin. A nasty person might be mean to animals (regardless of the animals' reactions). A tough guy who is intended to be a "good guy" might have a pet mouse he baby talks at home. People sometimes present a "truer self" in front of a pet but behind closed doors. That creates a unique chance at characterization. How a man treats and talks to his dog or cat shows an aspect of his character not apparent in human interactions. If it is the same as he acts in public, it can paint him as genuine.

I use lots of animals in my stories. I grew up with pets and with awe and respect of wildlife (observe, don't disturb). I can't stand anthropomophizing. But I'd have to argue that animals do not treat everyone the same. They don't act like people, but they do have responses based on smell or mannerisms or "familiar" vs. "unfamiliar." Pick the right animal though. A golden retriever will bring its ball to any warm body, but a German Shepherd will love its master and attack a stranger that is acting oddly. It's both in its nature and training to do so. Dogs are also more defensive when on their own property. People also give off body language cues animals pick up on. It can label them as friend or foe whether intended or not. Animals also have individual temperament s and triggers. My cat is terrified of strangers. Not all cats are. Some have been hunting instincts. Some will ignore a mouse that climbs over it.

I've seen cats used well in stories- the cat just does its own thing in scenes and then buggers off when it wants to. What about Snowy in Tintin? He ask non-realistically but then I suppose he's a rounded character in his own right :)

I don't know if you can call a horse or other animals that help around the household or with someone's occupation or general work a pet. A pet is basically a "friendship animal" (literally the term in Greek), there just to be companions without any other 'use' (like riding or helping with chores or anything).

You see it depends on the world you're creating. Most places a pet was and is a helpmate as well as a friend. That Might be a way to establish characterization for both the animal and the human. Look at great historical animal-human relations like Robert E. Lee and Traveler, Wellington and Copenhagen or Alexander and Bucephelus. (Horses because historically that has been the closest bond between man and animal. Canine handlers in the military and police form close bonds with their co-worker too. Buddy, savior and best friend the working dog)

And then there's the trope of the cute fantasy familiar best typified by ferrets in nearly every fantasy story featuring a character with a ferret. Or it's some other mystical animal that the writer wishes was his/her own pet. Plot device, not animal. Cloying and cute and annoying. If I put an animal in my fantasy story it'll be lunch or help the character get lunch or some other kind of working animal, not a mystical friend or savior.