The Power of Comments 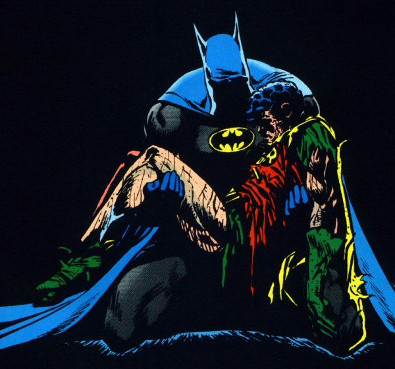 Feedback from your audience has always been important- from the renaissance palace parlors to enlightenment salons to the modern art galleries, how much the audience is pleased by what the creator procures is central.

But in the age of the internet and webcomics, where comics are updated page by page, comments take on a whole different element of importance. Works of art in webcomics are presented “in progress” rather than “complete” as in print comics. That means that the audience, one way or the other, whether we admit it or not, takes part in the creative process in a much more active way than ever before.

So how do comments affect us as creators of webcomics, and should we let them?

From my experience both as a creator and as a commenter, I’ve seen them potentially affect:

Feedback on how the comic’s art is being made is one of the things most affected in webcomics, especially if they are created by non-professionals. When I first started to dabble, and knew nothing about making a comic, I basically had comments by other far more skilled artists about how to do this or that guide me. In this case, the commenters became the teachers or the mentors in my learning process, and helped make my learning curve steeper.

But also in cases of professional comic creators I’ve seen the art tweaked to please. Use of shadows, creative choices in cartoon anatomy, layouts or background detail have been changed to please the audience.

In most cases, such feedback (if given constructively) can only help to improve the end product, which is the webcomic. Sometimes though, especially if the urging is to imitate or simulate something that is popular just for the sake of it, or if the feedback goes directly against a conscious choice that serves a specific purpose in the comic (like, for example the choice to not use color, or the choice to use a cartoony style, etc) it might be undermining to the end result to take the comments into consideration.

In comments, people guess ahead, or comment on a plot twist, or generally evaluate the believability of a story premise or setting. The creator often might incorporate the ideas into the story, shifting and changing the plot to fit.

This might happen if the commenter’s idea makes the plot development more efficient or more exciting or more realistic. It might also happen if the creator just thinks it’s cool!

The pitfall in this is that the story might be completely thrown off its course if the creator opts for something based on popular demand, but which cannot work within the story’s premises or previous sequence of events. It also may completely alter the character of the story itself. Losing control of how the story goes is tantamount to losing the reins to the carriage’s horses. It’s bound to end in tears.

What I do, when I read about an idea that appeals to me but I can’t incorporate in the story, is I make a little entry in my log of ideas and save it for another day, another story or another episode.

Another pitfall is that the commenters might guess at what you’re building up to- a great reveal might be correctly guessed by a commenter who doesn’t care to spoil it for everyone (including the creator). Temptation to alter the great reveal and make it into something else just to prove the comment wrong sets in. But that shouldn’t be done- a well crafted story must give the chance to the audience to guess right before the reveal. If the creator changes it just because it’s been found, the story will lose in integrity, and all the buildup that specifically pointed to the original reveal will now be misleading without any other clues pre-built in to point to the right direction. That makes for a lesser story in quality, and less connection to the audience.

What I do is ask the commenter to delete the comment. Simple as that.

The most infamous example about how much and how absolutely commenters might affect a character comes way before the internet, from the mainstream.

If the audience is interested in a character, that character might become more fleshed out as the creator focuses more on him/her and gives him/her more detail.

Is that good or bad? I’ll leave that up to you to decide.

But I love giving comments. Razor-sharp wit and great one-liners. Do I have a whole stable of writers working for me like Bob Hope or am I just a sly devil like Groucho Marx? I love making connections and comparisons and because not only am I surpising myself but I learn stuff and even teach stuff. I love to come up with analogies because hey, it's a fresh pair of eyes looking at this for the first time and sometimes another brain will go places yours won't because you've been sharing your life with this project forever. I only walked into the room and I'm going to give you the surprise of lifetime because I see something new that you haven't.

I love getting comments. It's what has kept me going. Face it my work has so much going AGAINST it that the power of comments is all the more vital. First: unusual medium (super-duper killer. One glance and NOPE, NEVER!); second: mature subject mature and irreverent scripts; third: the creator is a cynical misanthrope. The medium alone kept any comic of mine from getting comments for the first tow-three years I was on the site! My archive is here, look at it. Others poke their head in the door and in come a rush of comments. Me? I sat in the corner for years sometimes jumping up and down screaming and waving frantically and slowly got attention.

I love seeing comments and leaving ones on comics I follow. It helps foster a community. Having people excited, or relating to the work is a nice form of encouragement. Even if it is one fan, knowing they are there and rooting for you can make all the difference. :)

I LOVE getting comments. And I'm happy I was born in a period of the History people won't running after me with fire and torches if they disagree XD

Wesley Crusher. No one liked that character. A robot dog would have been better.

There are times, I think, when comments are all that keep a webcomice going... if you're feeling a little burnout, the right comment can rekindle that fire! Plus there's the side of just not wanting to let them down... and sometimes the advice is just so good! Ibe worked in many comments that were just gold (The Universe is a Fig Newton!)

I enjoy getting reader's comments

I was going to actually kill a villain but people liked the evil little thing so I kept it around longer before ending it. It's fun to listen to people's comments. They can even change what I do with the story

I work a chapter/ issue at a time so if I get suggestions it wouldn’t come into effect for a while… also I don’t have to worry about anyone giving away what will happen later in my current comic, because anyone can ruin the surprise for themselves just by reading the source material…

Some of us are old enough to have voted for Robin's death in the "Death in the Family" mini-series.

On, and I encourage readers to guess at plot twists. I try hard to include mystery elements in my story to be puzzles -- not surprises. If no one is following and making use of clues, I feel a small sense of failure. I was so happy when several people recognized a character who arrived "in disguise," because I saw it as both a writing and artistic success. (Changing a character's hair and clothing and still having him recognized is a hard task for the artistically inept, such as myself. I had fully hoped he would be. )

I got a pile of great help early on complete with links to helpful sites. But as for changing plot? It's one of the great things having a buffer. I'm already two to three weeks ahead in production and no one guessing has ever gotten close to what is scripted.

One of the most influencing comments U got came before Used Books was online, when I just shared with my roommates. I introduced Tristan to be a love interest for Yuki. But my roommate didn't see that at all. To top it off, she thought Yuki had a connection to a one-off background police character. So a new major character arose (with the most bland design) and two new relationships formed. (Also, after layer elevating another background character with a bad desigb to central story, I started being a lot more mindful to the designs of "extras.") At the time, I had only two readers who weren't me, so they had a great deal of influence.

I've heard novel writers say they decided to expand the role of certain side characters because of fan interest in them. Feedback is always good! But listen less to the outliers... Some people might be overly "loud" with their feedback because they're ultra fans but their ideas might not reflect much of the general consensus so being too influenced by them will steer you wrong.