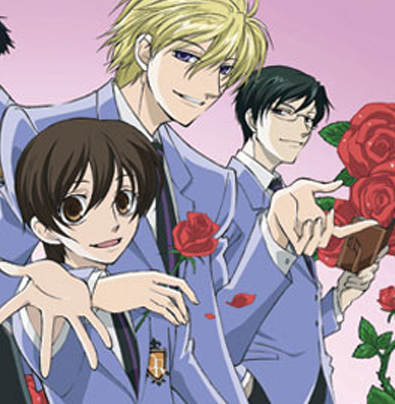 A few weeks back, Tantz, Pitface and I exposed our inner fangirls to the world on the Quackcast and divulged our past bishie crushes, Tantz revealing that her first love had been Rurouni Kenshin. This recently came into mind as Kenshin is now streaming on Australian Netflix so I thought, bugger it, I’m going to reach deep down, pull out my crazed fangirl and show off the various pretty boy crushes I have had in the past.

You poor baby! Let me hug you!

Kingdom Hearts has had so many fan comics made about it it may as well qualify for this list. This guy is top tier bishie bait. You want to see the fangirl craze over cute looking boys then this is the franchise to start with. You have a whole cast of lovable boys for every type of girl but this guy right here was the ultimate heartbreaker. He’s mysterious, mischievous and misunderstood; the “nobody” with the biggest heart. His subtextual romance with his friend and organisation 13 member, Roxas, had all the girls squealing and I was right there with them.

Yes! I will come with!

Again, this series is fangirl heartbreaking central and this guy is right up there with the best of them. The underdog who fell to the darkness, his motives are pure but his method is far from. Definitely arming himself with the “misunderstood” plot armour, he’s a character that screams, “I just need someone to love me!”, he is an attractive lure for any angsty girl. (He also sports serious muscle definition! I stared at those arms for way too long.)

Move over Tuxedo Mask, you ain’t got nothing on this guy! I will happily admit that he was more fleshed out in the anime than the manga and it was a wonderful arc. He began falling for Usagi's (Sailor Moon) best friend Molly, and it soon took over as the OTP of that season because it was hella forbidden! And by the end of that arc I was in absolute tears. The episode “A Friend in Wolf’s Clothing” revealed his true nature but by that time it was too late. A shakespearean tragedy of a bishie this guy more than makes the list of notable heartthrobs. 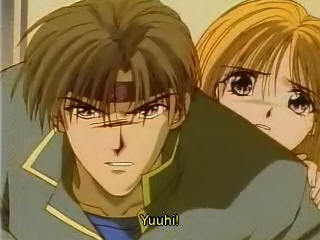 Someone insult your girl’s cooking?

I loved this manga so much so I collected the whole set. This guy was a love interest of the main character Aya but was more in the position of her friend than real lover. He was respectful, loving and could cook a mean dinner; what more could you want? Oh yeah, he was also very easy on the eyes. He was also really well characterised throughout the series and his arc ended in a bittersweet way.

But your true purpose was to break young girls’ hearts.

I was, straight up, more of a digimon fan than a pokemon fan. The story was better, the characters were better and everything had a “mon” at the end of their names which amused me immensely. But it was this guy that I would look forward to seeing every morning. He was cute and I had a straight up girl crush on him. Despite Tai being the “leader” we all knew who it really was. This guy right here!

I love you Matt.

I have so many more I could go into but it would be waaaaaaaaaaaay too long. But if you want to see more, let me know in the comments! Also leave us a comment on who your bishie crush was! There’s no shame here. I nearly put Ryuk on this list!

Susan Sommerer, a student at the Ostfalia - University of Applied Sciences, Salzgitter, Germany is looking to get feedback on the webcomic experience from readers and creators. If you would like to help her out, you can fill out her survey here or check out the forum.

Do more of these!

In school a friend of mine that was big into anime use to call me bishie Jason, I thought it was a bad word in Japanese because it seemed like she was teasing me. She would also draw little anime characters on my homework