CHARACTER ARCS IN SERIES and SEQUELS 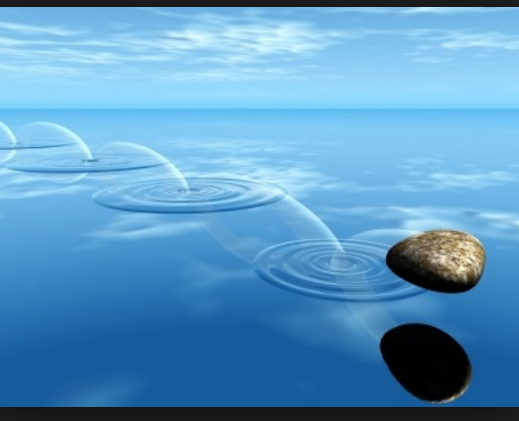 Last Week we talked about character arcs. They're an important element of fiction writing…although a lot of the time, there is no arc! But a strong, unpredictable character arc can be a great help in driving a story from beginning to end, and making it a tale worth telling.

But what about sequels? And ongoing series, where the same characters appear over and over? How do we approach arcs in those cases? A few ideas occur to me…

Slow rolling is a poker term. As a big fan of that game, I couldn't resist!

This is where the progress of the characters happens very gradually over time. This is very common in modern TV shows, where an entire season of episodes is planned at once. The entire season or series is one long story, with a strong idea of where the character starts and ends (with room for side trips and nuance along the way).

A looser approach would be to focus mainly on the drama, mission, mystery, or comedic hijinks of the week, while gradually moving the characters to change.

One Day at a Time

A slightly different method would be to give the lead characters a strong emotional arc within each episode. The characters will generally not change completely of course, but each story will establish an emotional state at the beginning of the episode, and take them somewhere else by the end. I thought this was handled superbly for several seasons of the show Supernatural.

There was some big emotional thing with one or both brothers in almost every episode, a personal problem to deal with, which would of course match as a metaphor to whatever monster or ghost they encountered that week. Each episode would resolve or create a new issue between the brothers that would be furthered or resolved in the next episode. Very impressive!

And again, another approach is to give the characters plot-related challenges in each episode, but have the characters remain pretty much the same. I get this sense from the various CSI shows (though I'm not sure, since i don't really watch) as well as comedies like 30 Rock and Two and a Half Men.

Next week I'll revisit the discussion about Iron Man's character arc through the movies, and expand it to include all his appearances so far, just in time for Avengers Infinity War (can't wait to see this thing!)

…On our next exciting episode!

When you mentioned Supernatural, I remembered the creator was talking about the "monster of week" :)

It's fun when a show goes into syndication and it isn't shown in order. So you'll see this episode from two arcs down the line and you're like "when did he do that?" then the next episode is first season back at the beginning again. And then shows where's a major change in one episode and it's all seemingly forgotten the rest of the season because the network showed the last episode first. To use Star Trek as an example "The Man Trap" and "Mudd's Women were shown before "The Naked Time" and "The Corbumite Maneuver" and especially the second pilot "Where No man has gone Before" Really confused the continuity all because of the network.

I'm definitely going the slow rolling way. Maybe too slow :P On another note some CSI shows try to develop the characters by having a bit of both, the 'mystery of the day' plot, and one bigger, overarching plot for the entire season that they need to resolve over however many episodes there are in the season. Over that, characters change and develop. It works sometimes, like in a few seasons of Criminal Minds and medical dramas like The Good Doctor but other times, especially if the show runs for a lot of seasons, it becomes tired, like in Bones.

Hehe in webcomics, sometimes taking a character through an very gradual arc is almost painful - getting Kimber Lee from emaciated patient to giant killer was a marathon!!

I second Farscape. It was amazing that almost all the characters grew in that series. Watching all the series extras and interviews gives great insight. It was so sad that they were forced to do all the wrap-up in one TV movie rather than another few seasons. But then what a battle it was to get that movie made! There's as much a bunch of arcs behind the cameras as there was in front. One way to do a character arc over a series is to map it all out ahead of time like Babylon 5 did. I created a timeline for Belinda Brandon's career because all he pieces are several character arcs.

If you ever want to see complex emotional development in a TV show watch the seasons of Farscape. The show and the stories really became based around that towards the later series. It was really interesting.