The Black, The White and the Grey (part 2) 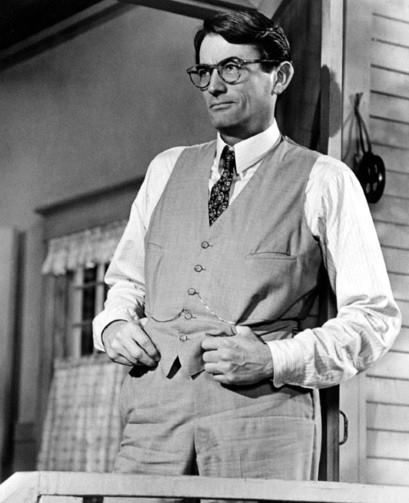 This title of course is thanks to Ozoneocean who came up with it in our quackcast (whcih you should totally listen to) last week, and I loved it, so here it is :D

Last week I talked about how a hero or a villain don't need to have “gray areas” in their heroing or villaining to be interesting, entertaining and engaging as characters in webcomics, films or novels.

Instead, what should be focused on is making them relatable- and that can be achieved by putting them through paces and situations the audience can relate to from their own experiences on some level:

Use Murphy's Law on them- (if something can possibly go wrong, it will) and have them work to overcome the setback. Both if they're a hero or a villain.

Use pedestrian situations to which they react (either giving the audience vicarious satisfaction by having them do what the audience wouldn't ever do, or have them react in the predictable manner one would react in a situation such as that which you've set up), such as a traffic jam, being on call waiting for too long, being unable to sleep because the noise is too loud upstairs, and so on.

None of these situations are exclusive to a hero or a villain (or to a drama or a comedy) but the way they react, depending on their personality, will make them engaging to the audience, be it a reaction by a villain (nuking traffic off the street) or a hero (yelling profanity in his noise-proof car or trying yoga music and meditation).

Which brings me to heros.

Often if they aren't written as anti-heroes, they come across as boring, blunt straight shooters, there only to be the background to a great villain, or to advance a story that offsets something else, but not him/her.

In my opinion this happens because generally the hero does things only because he's supposed to be a hero, not because he earned the ‘right to react’ in the heroic manner he is, and also because he lacks the flavour of relatability i mentioned earlier. It has nothing to do with the fact that he's a straight up hero, because the exact same thing can (and does) happen with villains.

In the (old but classic) film “It's a Wonderful Life” the main character George Bailey is a straight up hero. But he's not blunt at all. He's interesting and we root for him because he is engaging. He goes through trials, tribulations and misgivings that all of us have to a point or some level experienced. He never goes into grey territory as a character.

Atticus Finch in “To Kill a Mockingbird” is a hero, interesting without ever turning a bad leaf o being controversial, exactly because he goes up against and react to (and has clear motivations for) what he does and so the audience identifies and engages with him.

Same goes for a wide range of “all hero” type characters who don't have villainous traits, from Oskar Schindler in “Schindler's List” to Spiderman.

Of course it doesn't mean that heroes always make the right choice or do the right thing. But the reason they drop the ball, if the creator chooses to right a straight up hero, is due to circumstance, not motivation or personality.

Dropping the ball also is an engaging hook for an audience.

Okay, I confess! I like straight up heroes and I miss them. Not every protagonist needs to be an anti-hero.

The remark straight shooter reminded me of another well rounded but seemingly flawless hero; Gary Cooper in "High Noon". Westerns are great examples of "black, white and grey."

Excellent post, and some big, big movies lately have ignored these important principles and created hundreds of millions-budgeted crap because of it!

Atticus Finch had a trial!

You know the hero without blemish who is still relatable neatly segues into Pit-face's post about "everyman" characters. Just an ordinary guy who stands for something or does something. He fails, he succeeds but he s just like you or me. You even used one of my examples of the "everyman" George Bailey from Frank Capra's "It's a Wonderful Life." "To Kill a Mockingbird" is considered by some a special case as Atticus is an idealized portrait of the narrator's father so there are flaws, you just don't see them because of who the narrator is. Or at least that's one debate that comes out of teaching EVERY high school English class the same book again and again. In NJ you have a set curriculum. You will teach these books. Grade level varies according to certain factors, but EVERYONE reads them. I had to sit through "1984" twice because I was in the smart class. One wonders where the tragic hero falls in all of this? Is Winston Smith the everyman perfect hero who fails because of his flaw?

I love a really good protagonist. My issue with them is that the truly honorable and good character is so often written as a tragic character. They are made to be naive or gloomy or constantly fail. I hate that kind of character. It's depressing. I like the good good guy optimist. The one whose spirit doesn't break (or at least not for long) and whose refusal to use questionable tactics makes him/her stronger and more effective.

The "trails and tribulations" point reminds me of t=something! I saw a clip of this horrible movie about these people how have invaded the hotel room of a couple and are menacing and assaulting them. It's violent, horrible and awful. NOT my cup of tea. Anyway, there's this scary bearded bald man in clown makeup and he's coming over to join the fray, presumably he's an even worse villain. What made the scene bearable was that the bearded bald uber-villian kept running into problems getting there. Missing his bus and getting lost or something. It was very amazing seeing him struggling with transportation issues ^_^