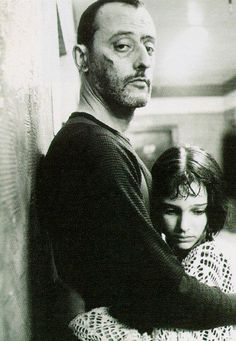 And so we're finally here. The magnificent, ever so popular and edgy Gray characters are the object of our observation today!

Gray characters are those that sit on the fence, being not quite white and not quite black, and this ever walking the tightrope of the narrative's morality. Because they do that, they tend to be more unpredictable to the audience (since it's unclear what they will choose to do, the good thing or the bad thing) and thus they have an easier time of sparking the audience's interest. It's also easier to concoct and weave mystery, drama and suspense around such characters.

It's no wonder, therefore, that in this day and age of gritty reboots and edgy characters, the gray category is king.

It's all a matter of the base of the gray character, which (again in my opinion), emerges and can be determined only when the event that constitutes the “trial by fire” for that character happens: the one event where the character will ALWAYS choose one of the two extremes, black or white, is the event that determines that character's base. All the rest can be ascribed to happenstance, context and previous life events and life learning, and thus can be morphed and changed throughout the character's arc.

Such “trial by fire” events could be anything, as long as the stakes are high and the result irreversible post-decision. They don't have to be dilemmas involving altruism- in fact if risk to one's own life or general interest isn't on the table, the decision regarding the event might be even starker in demonstrating the character's true underlying alignment.

“Trial by fire” events could be something as simple as choosing or not choosing to call 911 for someone else's predicament, as dramatic as running into a burning building to save someone/something, as subtle as fading into the background to allow a loved one to find happiness.

And what if after such an event, the character chooses and thus, deep down, is not on the fence anymore but stands firmly on the side of good or evil of the spectrum? Does that mean they can't jump on again, or change sides?

Absolutely they can. But if the writing is good, I think that such occasions are actually very rare when it comes to gray characters. The underlying alignment usually remains, whether it is buried even deeper, or comes more to the surface.

Some gray characters that spring to my mind are Leon from the Professional, Derek Vinyard from American History X, John Wick and Beatrix Kiddo from Kill Bill.

Nice article. I suspect you're talking from a literary point of view about 'inherently' good or evil. In RL, I don't believe there's any such thing as inherently good or evil. I believe we are what we do, and every day (really, almost every moment) we choose to be good (which mostly means considering others) or evil (considering self at the expense of others) or the big sliding scale between the two (and I consider indifference, where you don't actively neglect or use others, but really never do any good for them because you never really think about them, to be mostly a bad thing). None of us can live wholly on one end or the other, but we can develop a way of thinking where we tend to gravitate towards one end (and some of us have life circumstances that make it harder to stay away from the 'bad' end), but I truly believe we can slide up and down it by choice!!

That fits with the "weird moral system" thing. Some characters are truly driven by a moral compass. But their priorities and ethics are different than mainstream. For instance, there are some extremely racist people who might be incredibly generous and kind to everyone aside from the particular group they loathe. It can be jarring when that "ugliness" is revealed. To the character, there may be an "enemy" that they view as subhuman. May not even be a race of people or a nationality. It could be a rival gang.

I don't know... It could be a vigilante character- there are a lot of them in film - you have to show that their actions are relative. Some audiences might think they are evil and some good depending on your own value system. Al Pacino's character in Scarface could be seen as good or evil, depending on your perspective... He's the protagonist and an underdog rising through the ranks and becoming successful. He loves his family and friends, he's loyal and refuses to kill a child when it's demanded of him. He also kills evil rivals as well as a notoriasly evil man from the Cuban secret police... But then he's also petty, extremely violent, and he kills his sister and best friend.

@Ozoneocean: If a character flips to extremes like that, I see a few possibilities. They are 1. written unrealistically (acting "out-of-character"), 2. are hypocrites/have on odd moral system (like an animal right activist committing terrorism for the sake of helping an endangered species) or 3. have undergone a drastic character change (which, if done well, can make a great impact) -- possibly they were always a "good" character at heart forced by circumstances to be "bad" or vice versa.

Hmm... You can have characters that do an extremely evil and selfish thing and then do an extremely good and alturistic thing. You can sometimes judge their stance in relation to other characters, but other times all the other characters are bland so all you can do is judge by how you personally feel about the good thing and the bad thing the character did: they killed a pet dog and you judge that to be irredeemable and to outweigh any good they do, for example.

Btw, the most infuriating movie I've watched recently was Atomic Blonde. Chock full of "gray" characters particularly in terms of how the audience was shown. No one's motives were known. No one's "sides" were known since they were so many double, triple, quadruple agents on multiple sides of an espionage, and the whole thing was played with the worst kind of theatrical irony, hiding everything from both the audience and the other characters. It was neither third person omniscient nor limited, since you didn't even get to know the main character's motives. (In other words, it went super overboard on the suspense/mystery to the point I couldn't root for anyone, kinda left me disengaged. I really require an empathetic character to enjoy a story. At the very least, in the case of these "gray" characters," I like a relatable second banana.)

A motive/means/objective disconnect can make a character feel "gray" too. Such as a "hero" who saves people for the sake of fame or money but when asked to step up with no reward, he walks away. Or the "villains" of many Studio Ghibli films who are driven by a desire to make the world better but whose methods require the sacrifice or high stakes risk of innocent people. Having two "bad guys" with opposite goals can make for an interesting contrast -- like in Kingsman Golden Circle (small spoilers here), the drug lord Poppy seeking to legalize drugs by putting lives in jeopardy and the president seeking to end drug use by letting everyone die. Neither one is "gray." They are black as pitch. But somehow after meeting the nastiest seeming bad guy, we meet one who may be subjectively darker (particularly since he is hiding his "evil" from the public while the other flaunts it).