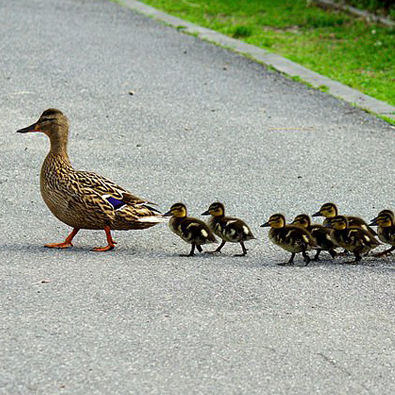 The other day, I was discussing my creative process to a poor, unsuspecting soul, who, to their credit, seemed content to put up with a bit of a ramble. They had mentioned that they enjoyed the facial expressions of the characters in our comics, (I did mention they were super nice right?) and I went on to rant about how I will sit there and contort my face to get the right feeling I want to draw; no doubt a common practice of many webcomic creators.

But it wasn’t that, that struck me as interesting. Part way through, I mentioned that I caught my characters mimicking my own mannerisms; maybe it was the way they cocked an eyebrow when they did not trust what they were hearing or the direction they might look when asked a difficult question.

I flippantly remarked that it seemed inevitable that the characters would eventually steal some of my traits as well because, well, I was drawing them. But later that got me thinking. How often had that happened?

I began to wonder, was it my characters’ fate to be imprinted on by both myself and my collaborator, even if they begin to take on a life of their own? Advice given to new creators is often, “Draw on real life events or people you know to help ground your story!” So it seems inevitable that your characters will eventually be imprinted on. Is that a bad thing?

I would lean towards, “Not necessarily,”. It is difficult to separate the author from the work as, at least from my perspective, they inextricably linked. The story had to have come from somewhere and that somewhere has its own roots and bias’. But so long as one is aware of the level of imprinting you potentially might lend to your characters, I think that it is okay.

What are your thoughts on characters copying your mannerisms? Let us know in the comments below! And join us on Sunday evening for our Quackchat at 5:30PM(EST) where we’ll be talking about this topic!

I find that's actually happened to me a lot without realising. One of my characters wears the same shirt and has the same shape head as a painting of me when I was a child. one of my characters at times resembles my Aunt in a really odd way the other day the right side of my Aunt's hair looked just like her. I think when you get really, really into making your own characters they can feel like members of your own family at times. I always thought they just represented my memories but seeing the title of this post has got me thinking thank you :)

A well-made work has characters the audience can project themselves into, either by having shared traits/experiences or by wanting to be more like that character. As creators, we are also readers of our work, so it's hard to distinguish between whether we are putting ourselves into the characters or discovering ourselves in the characters afterwards. I based a few of my characters on characters in other works that reminded me of my friends -- more so than directly on my friends. I am more likely to enjoy a story where I can relate strongly to a character, and my characters are inspired by stories I like. So maybe rather than projecting my traits onto them, I'm imbuing them with traits of other characters I saw myself in in works someone else created...

Not at all, I think the plot and story have something to do with it. I mean, a sci-fi story has a character who you like to be. In a slice of life or a more realistic" theme based story is where you can find this characteristic (but I might be wrong).

My main character Kimber Lee is very different from me in most ways (like Robert Howard's 'Conan' is to him, she's to me), but again and again I discovered she's does many things like I do, has many of my likes and dislikes... So much so that I ran her through a 'Mary Sue' test which she scored rather high on! Of course I don't give a flying flip about Mary Sue tests anymore! If a character is interesting in her own right (ie. a reader knows nothing about the author to make any sorts of comparisons), who cares how she came to be?!! But like Bravo said, it's kinda fun to psychoanalyze it sometimes!

Interesting! Yep, I find it natural that my characters slip into mannerisms I use, turns of phrase I use, and sometimes dress the way I dress - it's an effort to make at least SOME of the characters do things differently. Sometimes basing them on other friends or people I see out in the world is a way to do it.

While a creator will probably leave some sort of overall stamp on the comic that is derived from their world view the characters may or may not be imprints of the creator. We can observe others as well as ourselves, sometimes better than ourselves. At the end of the day it depends on the creator how much of their own self is manifested in the comic.

Well, I don't deny that it did happen. Both Jekyll and Hyde share hobbies which I enjoy or have talents I wish I had. I guess it's human nature to imprint yourself on your characters a little.

Determining how much of the creator is reflected in the creation gives something for fans and critics and teachers to do.