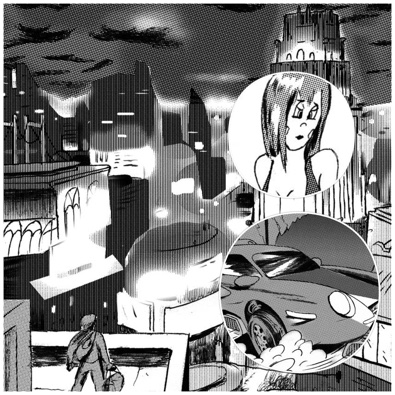 This comic is set during the early days of androids being introduced to society. The comic draws parallels from the Greek story of Prometheus as it is the same name of the head android engineer, and Zeus is a multi-billionaire big shot who is also a major shareholder of the Olympus Corporation. Prometheus works very diligently to fight for the freedom and rights of androids with Artificial Intelligence.

The art is drawn in black and white and it is a combination of an American comic and a manga. The first four chapters are now available to read with the fifth one coming soon!