How Does a Comic Get Featured Revisited 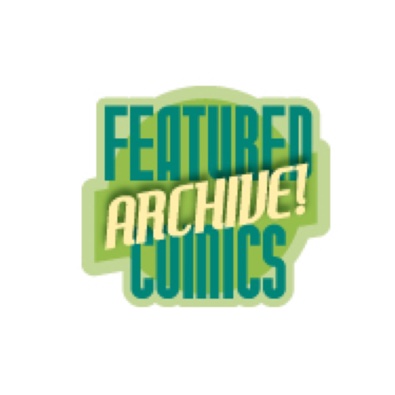 I have been helping with the featured comic section for the last five years. A while back, a comic creator on The Duck asked how a comic gets featured, and this was the explanation:

In order for a comic to get featured on The Duck, it must pass through a test similar to that of the ten labours of Hercules. Once it crushes its enemies, prays to Crom, and hears the lamentations of the women, it gets sent to a panel of psychologists who all look like Christoph Waltz and sound like Sigmund Freud. After a story has been approved, it gets screened at Sun Dance and the best webcomic is auctioned off to the highest bidder.

…is what I wish I could say!

Honestly, the process a comic goes through to get featured varies between ozoneocean and myself. Personally, I believe a recently updated comic is important because there are SO many gems on the site that are feature-worthy, but the creators are no longer around or the comic went stagnant.

The next important one is obvious: art and writing. Amateur and professional comics are both treated equally, as is the nature of Drunk Duck. It is a balancing act, a comic can have really great drawings or really great writing, but I like comics that reach some sort of equilibrium between writing and art. In addition, given the nature of the site, too much vulgarity, nudity, and gore might have a difficult time being featured based on rating.

I also assess whether the comic is ready to be featured. When a comic gets featured, it gets projected on all sorts of social media associated with TheDuckWebcomics such as Google+/facebook/twitter. Sometimes that sort of pressure to update and exposure is overwhelming to a comic in its early stages, especially because comics are only allowed to be featured once. However, the months during the feature are GREAT for publicity.

And lastly, the ultimate reason a comic gets featured by me is Passion. Webcomics are usually drawn during someone's spare time over the course of several years. It is for telling a story and having that story come across through an online medium. If it is apparent that a creator has put a lot of thought, a lot of heart into their story, it is a no brainer.

I usually pick out a feature while sitting in a wi-fi enabled coffee shop and read through several comics before settling on a story that has potential. I have an ongoing list of comics that I have been watching (some for months!) because they are fantastic quality but are lacking in a few of the requirements mentioned. You see, featuring takes time, between reading through the archive, doing a write-up review for the newspost, and an audio recording for the Quackcast, it is a labour of love because I am not getting paid to do it. I like comics that have moved out of the exposition phase, which is why the 15-20 page minimum was made to be a requirement because sometimes it takes that many pages to get the story rolling.

I wish I could have given you a more exciting explanation such as: the Featured Comics are selected by a colony of psychic rabbits that advise us which comics to feature; Features are chosen by a secret society of elite comic readers, that draw them out of a lottery at random; or that exposing the truth of the featured comics is so secret that it can get me exiled to the cold tundras of Russia. But the topic of comic featuring has been discussed by skoolmunkee and ozoneocean on the Quackcast Episode #18 (Featuring…Featuring!) as well as in the forum.

@Bravo...they talked about you in that same quackcast. we BOTH got couches!

You got a couch?! I got a bare room with a single light bulb and - and that cold, metal folding chair-- (shudder)

wait I forgot! I DID get a nice quackcast feature!!!

I love all the post you write Kawaii! I was featured on March 29, 2017 and I was joined the DD comunity in February 2nd 2017. I posted my comic as an A rating but after a couple weeks I changed it to M (it shows some gory scenes but nothing extreme). The key is to publish consistently, but as Kawaii says, I think is a "passion" thing above all other stuff. Sometimes I re-read the little review that Kawaii made for my comic and I really feel those goosebumps again. Thank you all for the incredible support :)

It wouldn't be much of a world if the mature comics weren't featured ;)

I got featured twice (two different comics) because you know I rock that couch.

We could feature artists, yeah, that's a good idea :D

Mature comics can be featured! They can tend to have more nudity and gore though so we're careful...

I am happy to see the new features and that you pick them with a lot of thought in mind. I do find it sad that some of the features just stop updating :( I am a terrible reader though cause I never comment on them. I don’t believe I ever been featured either for those of you tha feel left out I think there a bunch of people who been on for a while and not featured. I could be wrong though. Not sure. @ashtreehouse : sounds like a nice idea for featured artist and I didn’t know that about smackjeeves. I don’t pay much attention to a lot just here mostly cause it’s easier to read the community news here.

@Bravo...My A rating? OH!!! thats why? I feel better now...I thought it was because the work sucked!

I also wondered about featured artists? You can focus on all their comics, (old or new), their community involvement, thier style, story telling techniques, how they have improved or changed etc.. Then that way people with mature comics can still get exposure without maybe directly linking to the comic, if we are worried about that??

I didn't know mature comics couldn't be featured :O On Smack Jeeves, comics have to be nominated by other readers/users in order to considered for a feature. I am not sure if that would be more fair or not!

Sorry, sensitive about this. It's not you, it's my own baggage. Painful stuff that won't leave me alone.

@jerrie: it's the "A" rating. Too much of certain content (like my own penchant for nudity even if M) and it's disqualified. Sword of Kings with a couple of edits could be rated "T" I've toyed with doing that more than once.

I love the post BTW Kawaii. It helps to resist the subject a lot.

Hell Bravo,I've been here since 2007, and never been featured. my work must reek!

And the unspoken secret: certain creators need not apply. One had to really call out why everything he did was singularly not featured. And the had to perform demeaning "favors " to get featured. Remember it is completely subjective and not any reflection on how good, bad or indifferent a comic is.