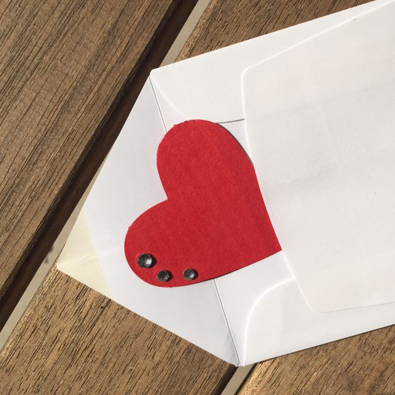 Time for a change of pace! I don’t usually like to do a lot of these types of articles but this topic might benefit from a touch of experience. So bear with me and my small trip into self-indulgence.

Some of you might know that I am actually part if a collaboration! Whilst I write and wander around here as my anointed status as honorary admin, Emma_Clare, I am also known as EMI the illustrator of Team Emevsa! This collaboration began in 2017, officially anyway, but really it goes back a lot further than that.

SJ and I met many years ago on an RP forum when our characters hit it off. Eventually we did too. As time went along and we began to spread our creative branches, me going back to my comic roots and her leafing the pages of a Master's degree we decided to come together and create something.

A collaboration is always bit of a gamble because it can change the nature of your friendship. You become close workmates now and it can sometimes be hard to look past that aspect of your relationship. You’re balancing expectations and results now and if something goes wrong, you are potentially holding another person besides yourself accountable.

For me, well, I got extremely lucky. SJ and I started with goals beyond our first work. We approached our collaboration with the solid intention of finishing not just our first comic, The Constellation Chronicle, but other works as well. There’s also the added bonus of us being very similar in our personalities and patience level. When an issue arises we talk to each other with the intention of working out a solution that suits us both. This strong belief in “compromise” has helped us maintain not just a functional working relationship but friendship as well.

Early on, we also took the time to set up procedures and responsibilities and have stuck to that. As a result, things tick over fairly well. We balance each other out.

At the end of the day, SJ keeps me grounded as a creator, making sure that my tangents eventually circle round.

This turned out to be a bit of a love letter didn’t it?

Collaborating has been a fantastic experience so far. How about you guys? Have you had a good experience working with another person or did it go horribly wrong? Let us know in the comments below! And join us on Sunday evening for our Quackchat at 5:30PM(EST).

Till next time lovelies!

Interesting topic for discussion and lovely reading the points of view left on this one. For my own comic, I love writing and doing the art too much to want to share on that but as my former colorist you know how much I often appreciated your point of view on the pages I submitted before they went public, and I enjoy that same connection with Becky too, even if it's just to tell me something doesn't read right or I've drawn the thumb on the wrong side! I can be picky about the colouring as you probably remember, and I annoy Becky too at times in the same way but overall I do love the fact that a part of my comic is out of my hands as the excitement of seeing our two inputs coming together at the end of each week never diminishes. The other aspect of it I cherish most is discussing any script changes I've been thinking about or just where the current storyline is leading as another persons perspective can help you think more carefully about what you are doing or where you are heading.

Great topic. Collaborations are hard and tricky. I love doing them when the energy is there. If no one participants, even in the forums, it feels like abandonment. Heroes Alliance is a great community project from the creators when it has a director in charge. Sometimes stepping up to the plate to keep things moving may encourage the other(s) involved to “tag in” again. Sometimes it’s family. Sometimes it’s work. Hell, sometimes it’s life that can put a halt to a collaborative team. That is completely understandable. I personally miss the HA forums that had that drive to talk to each other about the HA universe. The only collaboration or rather community projects I love doing just to stay busy is the Pageant II, secret Santa, and hopefully the DD awards this year.

I’ve been thinking about getting someone to color my next chapter.

Come to think of it... maybe I should do a small collab here. Like maybe take requests? As long as they are tasteful ;)

I would love to collaborate one day! Especially with a writer.. since writing isn't my strength. But I agree with KimLuster, it's mostly a commitment thing that has held me back thus far. I don't want to not be able to "pull mt weight" so to speak!

I have some really funny scripts from Gunwallace that I get to draw, which I hope to get going on sometime soon. Definitely a harder place to be for me, since I'm not such a great artist. But reading his stuff and getting to work on it is really fun; I drew a short script of his that I asked him to write. It's in my comic and was a fun, challenging, rewarding thing to do!

The collaboration I do with ozoneocean is a lot of fun. We barely talk about it (though we did at the beginning of the project); I just do some writing when I can and he does some drawring when he can. It's a treat for me to see the pages take shape after he works his magic!

It's something I'd love to try, but that commitment thingy...! There have been times I've considered doing my comic in mostly line-art and trying to get a more talented artist to finish the coloring, highlights, and enhancing (the talented artists for Simply Sarah do this), but decided against it. In a way I already have a collaborator. My spouse contributes a good bit to my stuff, but refuses to let me give up any of the credit (I guess I kinda sorta just did! :D)

I've been collaborating with Pit Face to make Brave Resistance and it's been a blast.

Well I illustrated a story on Lite Bites as well as doing the various radio plays. I loved working with someone and being able to bounce ideas off of them. I'm hoping I can snag a few guest artists to do pages for Sword of Kings. (Which itself started as a collaboration with the characters created by different people. RPGs can be collaborative efforts between the game master and players)

My first few attempts at collaboration didn't work out so well. I had to learn to play nice with other people. The first one was the worst because I thought I knew it all and kept changing the story from what the other guy was suggesting. I really feel sorry for the guy that he had to deal with me because I had a lot to learn about creating stories with others. In some respects collaboration is like marriage, you have to want to work with the other person, you have to listen, you have to compromise. Do it right and you end up with a nice little "child".

My collab experiences failed and ended in disappointment. Two or three times I was approached to collaborate and was excited to work on the project, division of labor seemed good. In both cases I remember, we got one page finished -- and then the other person vanished entirely (after a while of being delayed or set back). So, I'm wary of collabs. The issue might have been that they were people I didn't know prior. I suppose if I worked on a project with someone I'd known a while, whose passion and work ethic I could trust, it would be different.

Don't worry I read RP as RiP. But then there's a stack of pictures of gravestones next to the computer.