Getting Back on the Proverbial Horse 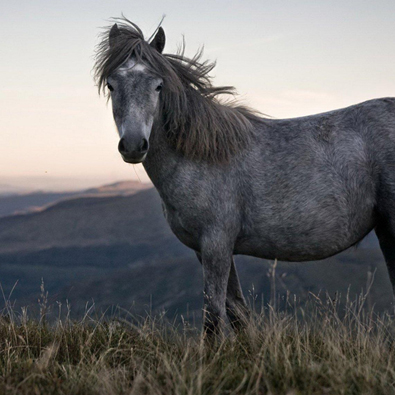 I have fallen off the comic horse quite a few times now and, no doubt, I will be bucked off a few more times yet. I have tried six comics and so far only two are looking like they’ll ever get finished. I have one finished novel, (which no one will ever read as it was written when I was 16 and it it shows) and three unfinished ones. I have god knows how many illustrations which I promise myself everyday that I’ll finish and I’m pretty sure the dishes have been in the sink for a couple of days now.

Life has a way of guiding you off the garden path and finding your way back can be hard. But today I am here to say it is okay to fail. It is okay to walk away from a project that is no longer going anywhere and it is okay to sometimes down tools and take a walk into the desert.

I am 28. And as a comic creator I feel like I am way behind on the game. Before I went to university I drew everyday and I thought I was pretty good. Welp, turns out I wasn’t as good as I thought I was and it was difficult pill to swallow at the time. Being good at art and comics was a core part of identity and here I was, being bucked off the horse at the riding competition.

I went back to comics here and there, even finishing a one shot called, The Day a Bird Followed Me, and that was mainly because if I didn’t finish it I would fail my degree. Talk about motivation. But even then, it felt like a bit of a failure because it was riddled with mistakes and it does not look as good as I would have liked ( I am going to redo it one day!)

It was sometime before I got back on the horse. I drew here and there but the magic was gone. The horse and I stopped communicating. I had nothing to tell and well, I had a career to work on. But something felt wrong. I knew that. The horse knew that.

One day, I passed it standing there looking grey and dejected and boy did it look the way I felt. We were lost without it each other. I thought to myself for a moment, “I am too old to ride. I’ve been out of the game too long.” Then came the other voice in my head saying, “Who the F**k cares?!” So I wander back into the paddock.

At first we were both wobbly, taking our time to carefully step our way through. Now, a year later, we’re both stronger, creatively, and we’re taking stride after stride. The best thing about it though, this time, is that I am no longer alone in the arena.

You’re going to fall off your horse. And maybe you’re going to stay down for some time. But remember that there is no age limit on getting back up and oftentimes, there is an entire community who will keep you steady as you find your feet again.

How many times have you fallen of your horse? Do you have any projects you’ve had to walk away from. Let us know in the comments below! And join us on Sunday evening for our Quackchat at 5:30PM(EST) where we’ll be talking about this topic!

I haven't been riding long. 3 years now. I haven't tried out for any big races. Sometimes I feel like I'm doing ok, and sometimes I feel like I'm pretty lousy at the whole thing. All kinds of people come buy and tell me I'm doing all right, or tell me I'm doing it all wrong, I've gotten some good pointers and tried to apply them. I'm getting better, but I don't get as much time to ride at 40 as I might have in my teens or 20's, so I don't have too many delusions of grandeur that might add to the presser of trying to succeed at this in some big way. If I can drop the horse analogy for a minute, My dad used to give me this advice when teaching me how to play chess, "son, you're only learning in this game when you're losing. It's the only way to get better"

I ran my comic on another site and quickly became a webcomic agnostic. Eventually an injury knocked me off the horse. With fellow expatriots Ironscarf & Moizmad I came to the duck. I started a new story while riding a particularly cantankerous mare. I still can't tell you why I continue to get back on that horse.

I fell from that bloody mare so often I'm tempted to call it a rodeo. But that's Ok, because my horsie always comes back to its stable. Even in times like the past few months when I have for various reasons so little peace and quiet that I'd fall of a comic tricycle I never quite stop thinking of my comic and coming up with stuff I write down for later. There is some justifiable hope that times are about to get better, and my pony is saddled and ready for that day to come. :)

Fell many times. Recently, almost did but it wasn't creative this time. it was personal stuff. I got back. I needed a short break. it did not slow down the comic much and I came back fueled with the pain.

I first fell off when I stopped trying to get into comics around 1991. Around eighteen years later I discovered webcomics and fell off again with my first attempt. I took on too much that was completely new to me, but learned a lot in the process. Paradoxically, the more you learn, the more you discover just how clueless you really are. You took a big step forward every time you weren't as good as you thought, seriously.

I've fallen of a real horse twice!! Off the proverbial horse (as it relates to comics) once!! That 'once' was a punch in the face! Recently, I've been overwhelmed by RL and it's been pretty darn hard to stay on the horse. I guess, staying with the analogy, you can stay on the horse, but sometimes you have to slow to a trot!

Great article! I have really only fallen off the horse once, but it's been about five years and I have been struggling to get back in the saddle ever since. Your words are quite encouraging. I have this definite plan of continuing all of my comics, and think about it a lot, but I haven't made it work quite yet...

Most of the time it feels like I fell off the horse because it dropped dead, while I stand over it's bones shouting "Why won't you move", occasionally nudging it in an attempt to get things moving!

Horses always seem to nibble my toes. I have fallen off a cow once. (There's two comics I would like to come back to at some point. One because I was close to finishing it, the other because it was an interesting idea I never really got to explore.)

Great analogy. Particularly poignant for me because the time I fell off the horse was because of the difficulty of doing a comic with horses! Go a Viking had lots of horses and the last scene done was a conference of mounted figures. I despaired and gave up and did something that was all modern. And now I've redone all the bits as Sword of Kings up to where I fell off last time. And the trot around in circles is over and now I actually have to ride and control my steed across some forbidding looking country--