The Sizzle and the Steak 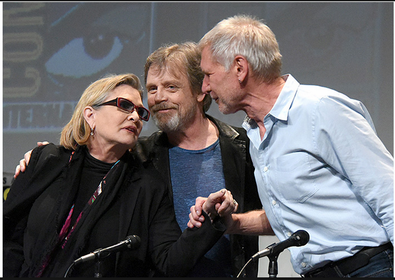 For of all sad words of tongue and pen,
The saddest are these: “It might have been!”

Whether it's a webcomic, graphic novel, book, TV Show or movie, there is generally a “promise” made to the audience on some level. Maybe it starts with a thumbnail image and a pop-up blurb like we have here on The Duck, or it's a preview or commercial, or a cover image and description on the back page and maybe a snippet in the front pages from later in the story. For big productions targeted to broad audiences we have talk show appearances, multiple trailers, interviews, and panels at places like Comic-Con.

The promises being made have to do with story, of course, but there are more subtle parts at play, too. Things like tone and genre.

Tone is the emotional territory of a story. How it feels and how it's supposed to make the audience feel. Is it a creepy story? Horrific? Funny? Exciting? Romantic? Is it a Tragedy? Suspense? Stories can have bits of all these types of scenes and explore all kinds of different emotions, but the promise suggests what it's going to MOSTLY be.

Genre has to do with story elements and conflict. A horror movie with people running from monsters? A romantic comedy where misunderstandings and character flaws are going to be the main problems to deal with? A mystery where the Protagonist bumps into secrets and lies? Science Fiction that has to do with advanced technology or Fantasy that involves the magical and non-magical at odds with each other?

The “promises” made in a certain big screen sequel/soft reboot of a Space Opera I once knew had to do with adventure, drama, and fun. Heroic journeys and character arcs, generations of family and mentor/student relationships. And the strong suggestion (as seen in the picture above), that a classic trio of friends were going to appear.

But not together. Not really. And the picture above says to me that the marketing machine KNEW that's what many people wanted to see. Otherwise why sell it that way? Why bring them together on the promotional stage but not deliver the goods in the actual story?

Huge mistake. They may keep raking in the money, but I believe selling the sizzle and not backing it up has consequences. It's a bad scene to play with people's expectations. It CAN work, but it's a bit of a tightrope.

What does your comic “promise” in your opinion? Have you delivered sometimes and missed the mark other times? That's what I've done, I think.

Have a sizzlin' Thursday!

Great article, Banes! It reminds me the discussion about stories with high concept and low concept. High Concepts stories have the idea as its strong point, as Low Concept stories has the execution as its priority. An example is Reservoir Dogs (Tarantino), it's a low concept story, with its premise and "promise" sounding like a crap if you read it isolated. It's harder to sell a Low Concept than a High Concept, though. (My story is a low concept with the promise of gravitating around power and loss themes).

I wanted I bit of a slice of life/super hero stuff. I hope I can write it better than what I currently have here and now. the one thing that is missing from my comic is shock twist... which now that i think about it...I should throw that in there somewhere. I've just been following HA/HU universe.

I hope my comic promises to deliver some adventure and a little bit more understanding in the really diverse lore and legends of Native Peoples. I doubt it delivers, but I hope to one day go through and see what that missed marks were and what did and didn't work, and develop that. Every story writer has to start somewhere, right!

My comic promises to punch you where it hurts, preferably when you least expect it.

In short, it promises to not be another Jekyll & Hyde story.

My comic gets hits and misses. Sometimes I just fall flat with a story arc and push through. I worry I lose passion for a while. It's so long running, I worry about the slow burn becoming fizzle. But I've been working on a finale, so that's breathing energy back into it. I'd rather make a sequel series or spin-off than prolong a story without a proper finale (and risk it ending unresolved or die a slow death).

You're really good with these articles - do you write for a living...? Anyway, I've developed a health contempt for most movie posters, teasers, etc... They may deliver what they're flashing us, but just as often it's a cardboard front. As for my comics, I feel I really missed the mark with the Good Walker (I think my teaser splash page was one of the best pieces I've ever done... but the story didn't deliver...)

(beyond, not being. Autocorrect hates me.)

As a pessimist, I'm all about low expectations and pleasant surprises. :) My favorite movie experiences have been the ones where I went in knowing nothing about the film and expecting nothing from it. It's why I love checking out random titles on Netflix and Hulu. I expect mediocrity for the most part. Sometimes I find a gem or I find something collossally bad (which I enjoy figuring out where it fails -- that's fun too). I also collect "mediocre fantasy movies, mostly eye candy. I expect little from them being decent CG and some imagining of magic.

Starwars is basically the franchise of broken dreams.

Promising sex and never delivering is an old one, but the audience knows the score, deep down, just by looking at the rating of a movie or comic it should be obvious whether THAT promise will be fulfilled or now XD