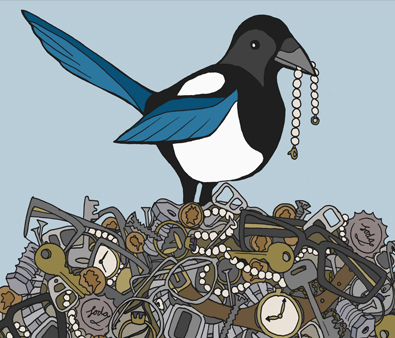 Your comics are moving along at a good pace despite school and work obligations, you’ve got your social media under control and hell, even life is good right now. Balance. Calm. Tranquility. But there is one thing you can’t help but toy with. You’re looking at your comics with a brain flat-lining harder than corpse and thinking, “But I want to work on this other story I just came up with!”

When you come up with an idea you want to explore, it’s hard to remain motivated to stay consistent with your other comics and projects. The new idea consumes your mind and that is all you can think about. It is our boon and curse as creatives. There is always a greener, more sexier patch of grass over that fence.

Well there’s really two options if you want to get down to it. Do it, or don’t do it.

LET’S DO ALL THE IDEAS!

Ok before we go play with the new shiny things, let take a moment of pause. It is very easy to get carried away with the new idea and that rush that comes with every neuron firing in your brain can be intoxicatingly distracting. Before you release anything, take the time to do some ground work. Write out everything to do with the idea, hell, even do some preliminary sketches. At least get it all out of your head.

Put the idea down and go do something else. This will give you a fresh pair of eyes when you come back to your idea and you can see then if it is a good one or a fanfiction fever dream. These two steps will let you know if it is worth sharing your new toy.

If you want to take on a new project the first thing you have got to look at is how much time and energy do you currently have? If this idea is definitely, 100% the ONE idea then something will have to give way to it.

Take some time to look at your life and see if you can indeed fit it in. This might mean restructuring extra curricular activities, work, social outings ect. and you need to be sure that it is worth potentially cutting back. If not, then it might not be the best time to start a new project.

If you’re running one, two, 20 extra comics, time is going to have to be taken away from them. Look at your production schedule and release times. Is there a way to be more productive so new content goes out or do your current projects need more time?

Life is forever a balancing act. And if you want to add more weight to the baskets you’re carrying it might be a case of placing some of it by the roadside or having to wait to get to that new patch of green.

How do you manage a new project? Are there any tips you can pass along? Tell us in the comment section below!

And join us on Sunday evening for our Quackchat at 5:30PM(EST) with a brand new topic!

Don’t forget you can now advertise on DrunkDuck for just $2 in whichever ad spot you like! The money goes straight into running the site. Want to know more? Click this link here! Or, if you want to help us keep the lights on you can sponsor us on Patreon. Every bit helps us! Till next week!

I have tons of ideas for new comic book projects. But let's face it: any schmuck can have ideas. Doing the work to build the idea into something viable is something completely different. I treat all of my ideas as if I am pitching them to a publisher. First, I define my target demographic, then I build a brand identity, then I write a one (and only one) page synopsis of the entire story, then I draw eight pages of sample art. If my idea can't get past any one of those stages, then I know it isn't viable for the time being, and I'll put it aside.

I'll never forget the one time I pulled off (the since then impossible feat of) being able to schedule, commit, and work in national November manga month, aka nanomango, and not only pulling off the entire month like a comic page equivalent of Inktober but being complemented as being a "comic making machine" by one of the commitees...I DO however want to forget the comic itself because the person to whom I was making it for was...well, worse than Megan Fox when a fan offered her a rose. MUCH worse. -_-

As Charles Bukowski said "The days run like wild horses over the hills". The older you get, the faster those horses run. Something to think about.

Used Books is a serial with ensemble cast, so like JNP, I can usually use it as an outlet for the shiny new story I want to play with. Only time it can't is if the setting/world/physics won't allow. (Like if I feel like playing with fantasy.) That said, there are very few projects I've actually completed. I have Writer Attention Deficit Disorder. I leave a wake of unfinished work behind me. (But I am dann determined to conclude Used Books. I actually have a draft for the ending. It's one of the only endings I've ever written...)

The time taken to complete a comic project is well, usually a long time. This means plenty of opportunity to think about and work on the next project/s, which should be honed to perfection by the time you get there. The problem is, to build an audience which supports your webcomic, it seems you have to work on the same thing forever. This can easily stifle creativity and make you want to start new projects. My solution is to play around with them a little bit as a warm up before getting to work on my comic.

More often than not I can think of a way to adapt it into my current series. My story is built in a manner where most any ideas I have can be explored one way or another. I may just have to wait a long time to get there :P

@PaulEberhardt: it's a BIG universe with lots of room. A different universe? Nah, just another planet in the same universe.

I used to toy with the idea of setting every idea I have in the same universe, but that way I just keep losing the thread of where I wanted to go in the first place. Guess I like creating different universes too much, as well. (and two posts ago it should have been "your", not "you're". Grrr!)

@bravo: This certainly plays a role, too. I've always been crap at multitasking, myself, but I admire those who manage.

(contd.) However, getting out of a habit once makes it incredibly hard to get back into it again. At least that's the way for me. So my modified tip is: take your time, even if you can't wait to get your side project done. It really boils down to pacing yourself, since you're energies are always more limited than you remember from last time you intensively worked on something.

Good work habits! Discipline. I can multitask and write a script while editing and posting another totally different comic. One comic, story or arc before another. But if you have a unified universe one project can also lead into another like my Robofemoid comics which share characters and plot bits with Tales of SIG and Belle's Best. They naturally feed into each other and I'm certain any other creator would have made it all multiple arcs in one comic.

Every day has no more than 24 hours, and for some reason that's never enough, so if you want to burden yourself with an additional project, you'll be forced to compromise sooner or later. However, compromising is never a good idea, because it usually means that both projects lose in the process. That's why my tip would still be: if you think the new idea is really worth pursuing, then don't be afraid to take a break with the other one - if you've got your notes in order that won't hurt it. This said, doing this very thing toppled the house of cards that was my shaky schedule one or two years ago, and it still hasn't recovered. I guess my main mistake was trying to get the other project done as fast as possible in order to keep the hiatus short. The nightshifts this involved took it out of me so much that I just (physically!) couldn't continue my main comic right away. I can't properly regret doing this either, because this other project was my chance to get something into print.

As far as your readers are concerned it's a clean transition. Yeah, I ignored all those lessons on my last project and it added to its ultimate demise.

Yeah, go for the bright new story. Get everything prepped for it and realize you don't have an ending or really much of a plot progression just some bright shiny ideas. Good advice in this article. Make note of everything and put it on the back burner and let the subconscious piece things together. I've segued from one comic to another but it's because I FINISH everything for one. Build that buffer and let the scheduled updates cover the transition to another project. Planning! Prior planning prevents poor performance.