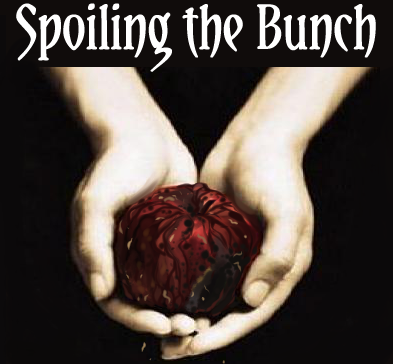 It's a vampire, break out your torches and pitch forks! The geek have inherited the earth, but far from it being an accepting utopia, the acceptable targets have just changed and the haters run free. There are a lot of things that people like to crap on, but few get the singular hate that vampires get. As an artist and writer who toils heavily in the blood-soaked tales of these storied undead, I take umbridge with this and you reader are going to get to read about it.

Hating on vampires is not exactly new, but the current flavor of “because Twilight” is particularly odious to me because from what I see the Twilight fandom has faded off into the sunset the franchise takes its namesake from, but the hate rolls right on and I've seen a lot people just use Twilight as an excuse to blanket write-off vampire fiction. It's an incredibly weak excuse when a good amount of these people will admit their problem is “they're not real vampires”. And that reflects on the people writing “real” vampire stories… how?

Now, we've all got limited time, no one can be expected to read every genre or indulge in every piece of media to it is fullest. Still, I do believe it is very limiting to your own authorship to summarily dismiss popular genres just because they don't gel with you. As we discussed last time, some of the most precious treasures can be pulled out of the trash and vampires are definitely not trash, despite what people whose entire experience with them are a passing knowledge of over-hyped chickfic and seeing a corny Dracula once in a while seem to think.

Vampires are certainly very popular and overused, so much so that they can support whole youtube channels dedicated just to reviewing vampire fiction (Like Maven of The Eventide)but so are a LOT of things. Zombies right now are far more popular, far more over used and far more over hyped than vampires. They've had their fair share of terrible games, terrible movies and even terrible romance stories (seriously, hot zombie boy/girl friend is right behind vampire for popular fantasy romance), so where is the hate for zombies? Well, it is probably too much baggage to unpack in a little Sunday blog post, so I'm going to have to generalize a bit. Vampires are a huge story telling trope and have symbolized just about everything under the sun…er, hiding from the sun. However, in broad strokes, vampires often used to be a Victorian era convention to demonize marginalized minorities, ending with the strong Victoria-normative types learning their lesson, becoming properly repressed and sending that “horrible” gay/foreigner/promiscuous woman packing. “NOT TONIGHT, DRACULA!” could have been the last line of many of these sorts of stories.

As time has gone on however, vampires have changed drastically. While they may continue to embody some of those things in a lot of works, the stories they feature in are totally flipped. The vampires often still represent gay/foreigners/promiscuous women etcetera, but are often now depicted in a more positive, sympathetic light. Oppressed and alienated because of their conditions, forced to live in the night because they are cast out from “normal” society. In literary terms the vampire has become the equivalent of a reclaimed slur, which is kind of amazing BUT this has also made vampire fiction a thematic mess and a prime target for haters. We live in a culture of fans, with information so prevalent we're pretty much expected to have opinions on everything and throwing around those opinions is FUN. For example, I absolutely cannot stand Ready Player One, so much so that I listened to a podcast (372 Pages We'll Never Get Back) that came into existence solely to poke good natured fun at it. I really enjoyed the podcast, it is great to be part of a little group with like-minded opinions when something explodes in popularity to the point you feel like you are taking crazy pills for NOT enjoying it.

There isn't anything wrong with that, provided you can keep it in perspective and separate opinion from criticism. However, it becomes a real problem when you feel the need to try and destroy what someone else enjoys about it. Criticism, I'd like to define here as “a careful discussion of something in order to judge its quality or explain its meaning”…this rarely happens. Mostly what we see are people telling other people to stop having fun, stop writing stories and offering blanket discouragement uninvited or even prompted. This too is something I have personally struggled to keep myself from doing, the temptation certainly is there at times when people refuse to acknowledge what I see as the glaring flaws in a work. It's often hard to accept that for some people those things just don't matter or don't matter as much as they would like to think, particularly with every media campaign hyping that next franchise starter as “IMPORTANT”!

Please, don't demand people stop having fun but maybe be the person who offers someone the next book, a book maybe you feel is a little better and might expand someone's horizons.

—- Continued in Part 2 where I'll bring it back around to those dreaded vampires!

@PaulEberhardt Tell me about it. They're even worse when they're practically the prom queen of their profession, never bothered to actually read the source of what your into before (and after) butchering it, and go as far have the inhumanity to treat you like it's YOUR fault. And even when you tell on them they continue to bully you for being a snitch, tattle tale etc. Rather than play at their game and become a bully yourself. Sounds more like an emotional rabid dog that someone else can (emotionally) put down, if you ask me. -_-

There will always be people who hate whatever you happen to like. They're a bit like the school bullies probably everyone has witnessed in some way at some point - it's their feeble attempt at feeling superior to someone at least in some way. Well, they're not, and they kind of prove it with what they're posting. 'Nuff said! I'm not particularly into Twilight myself, but that just means I just don't watch it and read SarahN's Daniel instead (it's a pity she doesn't update on the Duck any more, but in this special case I don't mind giving her a shout-out anyway).

Dunno I've been sensing a growing exhaustion with flesh eating zombies too. As for vampires, I'm a strict Hammer movie fan.

I actually had no idea there was a large blanket hatred for anything vampire. I love me some vampires that are done well. Twilight isn’t one of theme but it never ruined vampires for me. I just didn’t watch those movies!

There's some really great vampire based media... Underworld is actually really good, Vampire Hunter D (the second film, but even the first has its moments) rocks, Helsing is really, really good too because it is SO insane, Penny Dreadful has shitty warewolfs but the vamps are very effective. Oh and Daniel and Charby the Vampirate :D

With Vampires, I used to find them ridiculous, because I had a dream about a bunch of Bela Lugosi style Draculas in their classic evening outfits with their silly Hungarian accents and that ruined them for me. Lately after getting into the Bram Stoker Dracula things are different and I begin to find them terrifying super monsters... But of the trouble is that they've been humanised a lot, because we LOVE to do that, but the more you define and explain things the less power it has over you, which is why a pathetic, stupid piece of crap monster like Jason is scarier than most vamps- simply because we have to fill in all the blanks ourselves.

Hey, I LIKED Ready Player One HAHAHA! (the film) It was quite flawed but a good homage to the misunderstood pop-culture influences of Gen X as viewed by a younger generation, all done in a retro Goonies sort of style.

I have also discovered that genres and synopses are pretty useless when looking for something to read/watch. I have found gems listed on Hulu under my least favorite genres. -- Also the opposite has happened. Everything aligned with my interests, start watching/reading, and it's just not good. That said, if I'm bored enough, I'll check out 5 minutes of anything or at least the trailers. (Being credited to a favorite director/actor/author can help pique interest.) The best way to find a new thing to love is to ask someone whose tastes are similar to your own for a recommendation.

Every now and then, a question/poll circulates Facebook like "Your guilty pleasure books" or "Bad movies you love." I love those kinds of things. They remind us that "flood" are still enjoyable to someone and critics and box office numbers are not the final word.