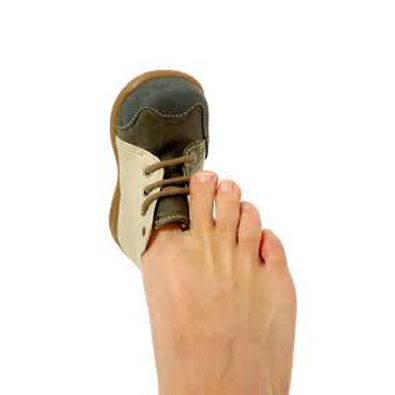 The idea that you might have outgrown your own work can be scary thought to consider, especially if you have quite a bit of time and energy putting it together. Maybe it is in the art style or that the ideas you wanted to explore no longer interest you. So where do you go from there? Here are some steps you can take to figure out if you have outgrown your story.

Take a break and come back to the story with fresh eyes
The best thing you can do right now is take a step back from it. When we become emotionally invested in a story it can be hard to see where it might be dragging and thus tiring you out. By taking a step back you can get a fresh perspective and ideas and the way forward will be that much clearer.

Talk to someone you trust about your story
Creating a story can be lonely at times, so what you might be experiencing is a lack of external input. Find a trusted friend, or even a supportive forum, to ask for advice. Be prepared to hear some critiques you might not be ready for. Take the time to really think through the advice and apply it where you think it would help your story.

Go back to the drawing board
If you come back to the story with some fresh ideas but are not sure how to work that into what you currently have it may be time to scrap it all and go back to the drawing board. Remember, you have more experience now and can try another approach to your work. There are plenty of articles and resources out there about putting together a comic in a way that’s achievable (including here on the Duck!) so maybe it is just a case of resetting and trying again with a new approach.

Part ways
After taking a break and coming back to your story it might be a simple of case, ‘It’s not you, it’s me,”. Truly outgrowing your story does not make it or you a failure. Everything is a learning experience and your next story will be better for the lessons and practice you’ve had learned and gained.

Have you ever outgrown a story? What did you end up doing? Let us know in the comments below! And join us on Sunday evening for our Quackchat at 5:30PM(EST) where we’ll be talking about this topic!

One or two things I outgrew and discarded were some of my early writing exercises, but that was because they sucked in many quite objective ways, too. With everything else I think it's largely a matter of attitude, and I view making stories and comics and stuff as an organic, creative flow, much like making music. So - just like a musician, basically - I've always left myself some elbowroom for improvisation, allowing the story to grow in whatever direction I happen to think it should at any one point in time. Granted, that's not always a great idea if you want consistency in the long term, but it works very well to make it stay fun no matter what happens.

My stories are a reflection of my life, so if my life changes vectors, then the story will either have to adapt or die. I did my first comic, "Steakhead," 1989. It was pure punk, because I inhabited that milieu. I found that as a person, I was too silly for the punk culture, so I abandoned that story line. "GirlsquadX" was my bratty self giving the finger to pop culture back in 1992. Eventually, I found that telling the same gallows humor jokes over and over was a dead end, so I didn't continue the series. "Mindfold" and "Tusk" are both efforts at shaking up the fantasy genre. They were both inspired by my working in the gaming industry, where I noticed that the fantasy genre was getting really stagnant. But these days, I am finding myself less and less interested in fantasy, and more interested in the kind of things that motivated me to do "GirlsquadX" 25 years ago. So, maybe things will come full-circle.

And Used Books has grown with me. Art, subject matter, tone... I have no idea what it has become, but it is not as it started. (It's not nearly as old as the other story. But it has had more invested into it.)

I do have one odd story that I kept coming back to. At age 15, I wrote three paragraphs of a horror story while sitting in church. (What? Don't judge.) At age 20, I found it (a random piece of notebook paper) and laughed that I would have wanted to write a horror story. I never watched or read anything in that genre. But I loved the imagery, so I typed it up. Then I added to it, changed the nature of the story entirely, invented some characters, wrote about 20 pages. Then I saved the file and didn't look at it again for a decade. (It has been moving from computer to computer, I couldn't let it go.) I then rediscovered it. Now much better at character development, I overhauled the characters, and I started adding to it again. It's the weirdest, haphazard, spanning-life-phases project ever. (And I started illustrating it on DD to motivate me not to abandon it again.)

I quit so many stories when I was younger. It wasn't a matter of outgrowing them; they just never interested me to start with. My brain won't leave me alone if I don't write things down, so I do. Everything. This is usually either five pages of an interesting story OR 20 to 40 pages, but ultimately, my brain had no intention of completing them. They would simply be tucked away. Most of my writing projects have been the literary version of a one-night stand or a summer fling. Not too many have been lasting relationships. If I had put work into them, maybe they could have been something, but at the time, they were nothing but a brain belch that needed expressed.

Not a problem. I simply refuse to grow up!

Yeah, The Good Walker went astray pretty quick, as I could never get my head into it. It's hard to say why but it was like I was sort of beyond it the whole time! Weird I know...

I got stuck in the third (and last) book of the Art of Veiling because though I did finish it, I wasn't quite satisfied, it made me feel like I'd outgrown the story while I was finishing it. Turns out I just needed to get the experiences that would help me make the third installment what I want, so my interest is rehashed, and I'll rewrite the book to give it the ending it deserves. I'm glad I never published the third installment just for that.

In my current situation I don't think I outgrown my story. The problem I have is that I have lots of new ideas I want to explore but can't find time for everyone of them. And it's not like I can just connect these ideas to my current comic. I want to work on something new too. Maybe I DO need a break

I'm lucky. I haven't outgrown my stories, they have grown with me. Storytelling is organic like a tree. It can be grown or pruned as necessary. You can make it a bonsai or a giant redwood but don't kill the sapling before you've given it a chance to take root and get healthy.