Character and subtext in horror 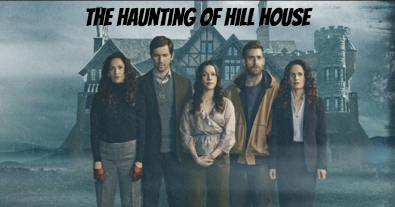 The Haunting of Hill House is masterfully done horror with humanity

The Drunk Duck Awards, 2018 are underway! Check 'em out here:

In the movie “The Innkeepers”, two clerks in an allegedly haunted hotel work on the last night before the place closes down. They deal with some odd final guests, both human and otherwise (maybe).

In “Hush”, “Halloween” and “The Strangers”, peoples' homes and neighborhoods are invaded by psychotic masked stalkers.

But of course, there's more going on in these scary flicks than just the plots.

Many of us know about subtext, theme, character arcs, and other moving parts that exist in stories; I've touched on them here and there in these Thursday posts.

The power of character and theme is just as present in horror as other genres. This is the stuff that makes us feel when we experience stories.

In many horror stories the character flaws are crucial to the stories. Maybe more crucial than in other genres. Or at least in a different way. Maybe because the real scary stories have dark stuff under the surface to match the more obvious horrors:

In The Innkeepers, Claire may be seeing ghosts. But her real problem is that she's stuck in a rut in life, and not moving forward in her life in any way. Living a meaningless life is scarier than ghosts.

In Hush, the main character has isolated herself in the country and is also isolated by her deafness. This will make survival much more difficult.

The estranged couples in The Strangers, Vacancy, and Open Water are lost because of their bitterness toward each other. If they don't learn their life lessons, they will not survive…and even if they do learn, in may be too late. The real horror lies in how horrible we can be to the people who are closest to us.

In The Shining, Jack's alcoholism and violent temper are more scary, in a real way, than the dark spirits haunting the Overlook hotel. Stephen King said that the way he sometimes felt hate for his young children terrified him, and was a big inspiration for that book.

In SAW, The Exorcist and Paranormal Activity, it's just the neglect of a lives not fully lived or fully engaged that let the evil in. Scary stuff we can all relate to, I'd wager.

More than other genres, horror often doesn't have character arcs…sometimes this is because the characters fail to overcome their flaws, or the flaws just outweigh the ability for them to change and survive.

No matter if the horror story is realistic, heightened reality, or supernatural, the real juice comes from the dark stuff underneath: behavior and thoughts that lead us down the wrong path.

“The Haunting of Hill House”, the new show on Netflix, captures all of this character stuff really well. That show reminds me of Stephen King's “IT” squite a bit. So far. Still not finished with Hill House yet. But the characters are incredibly well realized. Which makes the horror much, much scarier.

All right, that's it for now! Hope you have a fine day and a wonderful Halloween season!

Again, check the DD Awards out! They're always a fun time!

Ikr? I always thought that the more relatable the person the scarier the movie. The Thing was less about a shapeshifter and more about trust issues, Christine less about a demonic car and more about a tragically outcast victim...and Annihilation basically a more cynically realistic take on Starman by the end when you think about it.

You need a dose of character in horror. The ancient works of the genre often used "stock" characters to fill out the cast of victims. There always seems to be the estranged or competing lovers, the bickering couple, some ner' do well and an ingenue. Slasher films usually go for a cast of sexually active and inactive young people often falling into teen versions of the "old dark house" types. But then there are the refreshing stories where the background is actually relevant or part of the plot and character development as opposed to a plot device. If any of that makes sense.

It I'd appropriate even in British English to use 'badass " because the term doesn't necessarily describe the rear end but the stubborn obstinacy of a pissed donkey. Just the same as "dumbass" refers to the stubbornly stupid behavior of a donkey.

This is one of the reasons didn't agree with the idea that the plucky heroine that survives the big bad horror monster is a badarse. They can borrow teeny crumbs of badarseness from beneath the table of a badarse but they're not badarses.