Having a chat - Planning good dialogue 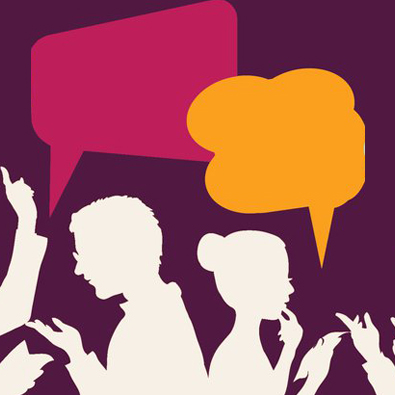 If there is one thing about your comic you will want to nail it is the manner in which the character’s speak to one another. When it comes to creating good and effective conversation you have to keep in mind two things.

1) Does the dialogue progress the story?
The purpose here is to provide information or raise a conflict that moves the story forward. At every juncture, the characters need to be progressing to the climax of the story with enough knowledge and/or tools to then wrap it up.

Take a conversation about the weather. Below is an example of dialogue that does offer any movement throughout the story.

Character B: “Yep. It’s been cold all week.”

Character A: “I hope it gets warmer,”

In this example nothing was gained by having this conversation. Even as small talk it is awkward and gives the impression neither character cares to be there. So let’s try and tweak it so that it moves events forward.

Character A: “There’s ice in my bones. We should find some cover soon,”

Character B: “I never thought I would miss the warmer weather. It would be nice that’s for sure. If only so we don’t have to stay indoors for months,”

Character A: “Come. We dare not linger much longer lest we freeze,”

In three lines not only have the characters begun moving for shelter based on their conversation, but they’ve begun to show who they are to each other. Character A’s use of language gives the indication that they are much older. They take note of the how the weather affects them by saying it “There’s ice in my bones,” rather than just stating outright that it’s cold. It also reveals the level to which it is cold. You feel the wind cutting through your layers and your bones aching from that one line alone.

Our second example highlights the next important aspect to consider:

2) Does it reveal something about the characters and how they feel about the situation?

Character B: “Yep. It’s been cold all week.”

Character A: “I hope it gets warmer,”

Let’s see how it fairs with another round of tweaking, this time focusing on revealing something about the characters and their relationship to each other.

Character A: “If the cold keeps up like this, we’ll have to scramble over the survivalists for the last can of beans,”

Character B: “Have to? What do you think I’ve been doing all week?”

Character A: “When you smile at me like that it’s hard for me to tell if you’re telling me straight or spinning a yarn,”

Character B: “A yarn will keep you warm at least!,”

Already you feel the underlying playfulness and sexual tension between the two characters. They’re joking around, using word play; they’re comfortable with each other, enough so as to poke fun at each other. The weather here is used to show what the characters think of one another and, thus, provide insight into who they are as people.

These two questions set you up straight away as it reduces the likelihood of dialogue that serves little to no purpose as well as providing further depth to your characters. When combined in conjunction with the inks, colour and lettering, good dialogue really pops on the page as, keep in mind, it is the first thing people see.

Next week I’ll go through going from a script to pacing it over thumbnails ready for production. In the meantime, what makes dialogue good to you? Is it something you struggle with? Let us know in the comments below! And join us on Sunday evening for our Quackchat at 5:30PM(EST) where we’ll be talking about this topic!

Don’t forget you can now advertise on DrunkDuck for just $2 in whichever ad spot you like! The money goes straight into running the site. Want to know more? Click this link here!

RPGgrenade makes a great point. Actually, my biggest writing blocks have been from focusing on where the story needs to go rather than natural character reactions. I've unstuck myself many times by simply hiding the story goals from my focus and being "in the moment." I let the conversation steer naturally to the needed goal. This is good for the draft -- but then EDITING is extra important. Pacing is important. Snappiness and conciseness are as important to a comic as natural flow. So many writers too far in one direction or the other. I do too. It's not an easy balance.

Having dialogue that progresses the story is necessary, but I've always felt too many stories focus too much on feelings of characters and the story rather than on what the characters think about random things. When these sorts of things are the focus it feels like it loses a chunk of character that could've been built up. There can always be some small talk like in the "bad example" precisely because it's bad, it can show they don't get along. I prefer natural sounding dialogue to pretty story advancing stuff.

In my day we let our fists do the talking!!! "Scene cuts in on the chars as it snows: Claud grits his teeth and launches his fist skyward as a shockwave radiates from the force. Sunlight shines through the hole in the cloud as the camera pans back to Claud giving the remnants of the storm the finger. He moves his hand down so you see fires all around. Flipping the bird to the charred remains of the person that was beside him he grabs his bag and walks off." Tune in next week for more "Claud the silent bad ass!"

For me dialogue should be realistic but not uninspired. A good contrast for this is Kevin Spacey in Baby Driver and Charlize Theron in Fate of the Furious, 2 similar movies from the same year. All I'm going to say is this: "Two birds one stone!" = Bland. "Your, uh, waitress girlfriend, she's cute. Let's keep it that way." = Better.

Used Books is script-based and character-driven, so it's basically built entirely around dialogue. I spend a lot of time revising scripts and tweaking lines. After drawing, I sometimes have to tweak them further to fit visually. (That's frustrating, I hate losing a good line.) I found with comics, being concise is extremely important. It's a fun puzzle to get characters to be in character and mood and say what needs said in the fewest words possible.