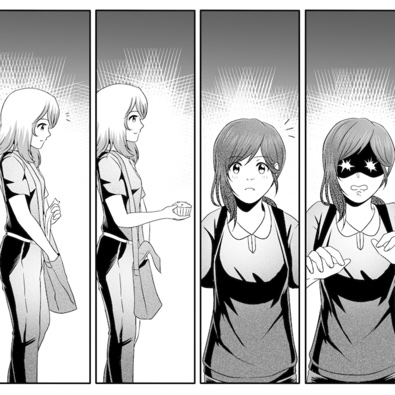 Many years ago, a battle between two nations began and ended thanks to the leaders’ children. A star symbol called an elpis was created to symbolize the alliance between the two nations. However after the battle, a darkness emerged forcing the queen to make a sacrifice and use her last bit of strength to send the paladins into the future so they could live in a world without war.

Fast forward to the present day, the story focuses on the lives of Trent, a jokester, prankster, and big fan of Paladins; Trent's twin brother, Taylor, who is a serious nerd; Bethany, a new girl at their school; and Sasha, a girl whose appetite will never be satiated. Trent appears to have taken an instant liking to Bethany on her first day. Is the future really as peaceful as imagined?

This comic is drawn in a black and white manga style, but it can be read left to right. It is a collaboration comic between James Kniseley (Writer) and House of Imagi (Art).

Unleash the great power of the elpis and read Paladins by ValonSC, rated E!