The Benefit of Trauma 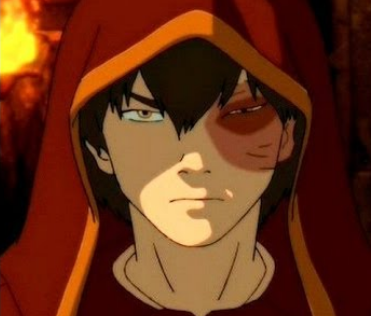 Trauma is such a delicious thing in writing- it gives characters their backstories, their motivation, their special slant in a narrative wrok, from novels to webcomics.

However, it's usually considered in the context of how it has made a character ‘damaged goods’. Why they are grim, why they're the antihero or why they are dangerous even though we feel sympathetic towards them.

Rarely does the focus shift on how trauma makes a character powerful.

Usually, the characters starts off damaged, the trauma the hurdle they have to overcome, and the entire arc revolves around that, with the story ending upon the character's success.

As if how the character is with the trauma overcome, conquered, owned is somehow boring.

But it isn't! It's fascinating. Trauma is what makes a character stronger once they have managed to overcome it. It has benefits that are priceless:

Trauma that a character survives makes them have experience they can apply to new situations and challenges that previously would have been insurmountable, emotionally or cognitively, for that person. They might become more patient, or able to discern a ruse, or judge other peoples' characters accurately when they hadn't been able to before the trauma took place.

Trauma makes people have more compassion, and a higher capacity to evaluate situations with the measure that is proper- some situations require lenience and compassion, others strictness without yielding. Trauma can make a character know where to apply what, and why.

Trauma can bring out a person's strength when, in order to overcome it, they push their limits and are forced to evolve. It isn't chance that we say ‘what doesn’t kill you makes you stronger'. Trauma that is overcome an dconquered makes a character tough and self assured- and that yields strength. Both in personality and in output.

What other benefits can you think of that trauma can bequeath to a character? Have you ever used it in this manner?

Get a #twitter_feature and promote your comic! PQ me to book your Sunday.

Insouciance and a biting wit. 😏

I've had comments about how totally unfazed Gundula can be in all kinds of situations. I never really brought these part of her past to the fore, but she certainly had her share of unpleasant and sometimes traumatic experiences - when you've lived for centuries you simply must have had some of these at some time - and that's what I'm thinking of when I portray her that way. She's the kind of character who'd comment most worries of others with biting remarks about how people of today are just whiny wimps, yet manage to get even softer every day.

Trauma can humble a character, especially someone who'd be quite arrogant otherwise, and that's clearly a benefit. It's however not a guaranteed one, because it may just as well make a character more arrogant. It depends on whether it made them see their limitations or whether the realisation they've overcome something that would have crushed others makes them feel kind of invincible.

I guess Femme Fantastic's past (which is currently being wrapped up in Dude in Distress) falls under #2. However, for readers, I think the shocks of Femme's traumas were more in how unexpected (and dark) they were, since she has come across as a relatively cheery hero. Sometimes traumatic pasts have more punch in characters who come across as happy instead of those who are grim-dark to begin with.

Why do we fall down, Master Wayne? Great article!

Trauma also gives me a chance to include some peripheral characters like a psychiatrist and a priest. And the hospital setting. They are recurring plot devices in my story.

I see both effects from trauma, becoming powerful AND broken. My character Yuki lost her fiance. It made her fierce and victorious and also left her with a much hidden and generally unnoticeable "flaw" -- a fear of forming close/romantic bonds. She's hardly a gloomy character. She is effervescent, bouncy, positive. She has friends and enjoys life. She dodges the possibility of romance. Only a couple people who are VERY close to her recognize this (and they know the reason). -- It's true for most of my characters with trauma. Seiko became incredibly studied and educated as a form of escapism from her trauma. It might also have influenced her need to be nice to everyone (it was already part of her, but trauma can magnify traits).