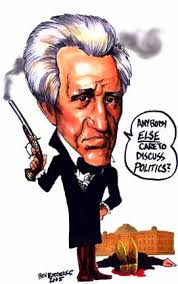 When writing a historical fiction, it's very likely that you will need to include some actual historical personalities along with your historically-adept yet fictional cast.

Depicting a historical character is hard enough when there's a general consensus among historians and popular belief about who they were, what they did, how they did it and what their personality and general profile was.

It's even harder though when the figure is controversial. The more polarizing and controversial the figure, the harder for the creator to depict them properly. There are several reasons for that- first off, you might be part of a ‘side’ in the controversy, strongly for or against the figure for his/her deeds. Second off you might only have access to one side's position on the figure, or be pressured very much by pop culture or current events to present a figure in a specific light.

Just look at what has been done with Elizabeth I, and all of these narrative works are generally accepted:

Elizabeth I though isn't nearly as controversial as say, Andrew Jackson. First off because any controversy about her died off probably with most of the people she decapitated, and second off because even if there was any controversy, she's too far removed from our current situation.

But Andrew Jackson is having his tomb defaced in this day and age, and people rally to defend and castigate him. And it seems rightly so for he was a slaver and an Indigenous People displacer while also being someone who put the USA on the map in the ‘modern’ way we consider today and fought with The Bank as a threat to the common good if not properly regulated. At least that's what several articles on him are saying.

If you made the executive decision to depict only one side of the person, then you'll prepare for the flak you're likely to receive from the opposing side.

But if you made the executive decision to depict both sides equally and as historically accurately as possible, you might want to prepare to receive flak from both sides, and some praise from those that are actual history nuts.

Having made the decision, you must also compromise with the fact that it's unlikely you'll manage to do it completely. Personal views and biases always seep through so it's best to go into this task informed of your own position, so that you're ready to tackle it more mindfully.

And then comes the really hard part of separating fact from fiction. The more controversial the figure, the harder it will be to be able to tell what was real and what wasn't, especially in historical periods where black propaganda was peaking or censorship was peaking or both.

My approach in such things is to omit everything that doesn't have at least some good grounds to factual evidence- not hearsay, especially not hearsay in hit pieces or iconographies. If I opt to include information from sources like that I will package it in my story as exactly what it is: hearsay. Not fact.

Facts about the person aside you still will need to give them lines, unless you only have your cast speak of the figure. And this is another tricky situation. Giving them lines means you give them voice, tone, style, attitudes and traits.

Who is Lex Luthor?

Think about how they speak, look and carry themselves. That's the power you'll be wielding over the historical figure in your comic, or novel, or movie.

It's great power so you know what comes with that.

The way I approach it is reading as many primary sources as possible, and if possible transcripts of the figure him/herself talking. Then I commit to recreating the feel and tone of their dialogue as well as how people who saw them and spoke with them felt in their presence, report they carried themselves, and so on.

If due to the controversy the consensus is widely different (which to be honest I rarely find when it comes to the figure's behavioral patterns) then I pick a middle distance from both as the truth is somewhere in the middle usually.

In my opinion, the key to depicting a controversial figure (and any figure at that) is to get people interested in them to go do their own research. If you manage that, then you've succeeded.

What do you think?

(Nic) I actually have nothing to contribute to this topic. I just wanted to say I love how one of your gifs is Miranda Richardson's Queen Elizabeth from Blackadder XD I loved that show! Anyway, that's it from me lol Great article, btw!

I haven't read up on Jackson nearly enough to have an opinion. It just seemed a good example that both sides have factual fodder for their position, hence I picked him. Insert your controversial figure of choice everyone if you don't like him ;D

Honestly, having read most of the current work on Jackson and his age, he deserves the derision and defacement and it's nothing new for him. He faced it throughout his life. Someone who doesn't deserve it would be Robert E. Lee who was a kind and generous man who was only doing what he thought his duty to his state. The Movie "Gods and General" (as well as the novels) has a very good portrait by a magnificent actor Robert Duvall who also has given sterling performances of such diverse personalities as Stalin and Eisenhower. A really interesting project is comparing the depictions of Czar Nicholas II in film. The movie Nicholas and Alexandra is very good (with Tom Baker as Rasputin!) until you see the HBO movie Rasputin (with Alan Rickman in the title role) with Ian McKellan as Nicholas. He steals the whole movie, but then he had just done Richard III where he was unbelievable. I was an Ian McKellan fan long before he ever put on that grey beard fo Gandalf or the red helmet of Magneto.

BTW, many Elizabethan historians agree that Dame Judi Densch was the one of the best portrayals of Elizabeth on film and Miranda Richardson one of the most delightful and entertaining. It actually matches some of the unflattering portraits of her by the Spanish ambassador. Howard Da Silva is pretty close to the Franklin of 1776 in the musical. A totally different fellow from the Franklin of say 1770. I loved William Daniels as John Adam until I saw Paul Giamonti in the miniseries. The John Adams miniseries is pretty definitive. The producers of both 1776 and the John Adams miniseries tried to approach them as historical documents as opposed to dramatizations.

Yeah. I was just noticing how depictions of people (real or fictional) spark similar controversy. (Somehow it's extra pronounced in fictional characters; maybe because people imprint so strongly on them.) I was always partial to the portrayal of Franklin in the musical 1776. I was trying to get into the show Houdini and Doyle. Houdini seems anachronistic. I think the attitude might be pretty accurate (he's portrayed as an egocentric and arrogant skeptic), but that modern American accent and diction is cringey, imo.

I chose to use Lex Luthor as an additional example for dialogue/behavior because he's very well known and because the very iteration sparked controversy that I hope will resonate more with people regardless of their historical knowledge of actual personalities :)

Lex Luthor is a good inclusion: like a historical character there are a lot of different sources depicting how they are... In this way established characters that are handled by many writers are similar to historical figures. When a historical figure is a minor character in a story, like Benjamin Franklin or the Wright Brothers for example, then you have a lot more leeway. It's usually considered perfectly fine to portray a cliché, cartoonish, or even a parody of them.

Btw, I love reading primary source accounts of people. It really gives you a feel for them. Never base a portrayal of a person on someone else's portrayal of them. The same goes for fictional characters. Always go to the source and build your version from the original.

Interesting that you show Lex Luthor because even though he's fictional, popular fictional characters' portrayal can evoke even greater controversy if reimagined for a work. "Fans" can get downright vicious. For example, I usually check out any spin on Sherlock Holmes, and I'm open to many interpretations of Doyle's characters. But some I just don't care for. Some fans will become outraged by a slight against their imagined people. (There's an episode of Detective Conan where a paper insulting Irene Adler was the motive for murder.) Another example is the fan backlash from all the recent 80s and 90s reboots. People start inventing all kinds of controversial motivations and conspiracies to insult the creator's visions when it's a spin on the character that they don't like. When using historical characters, you can form and defend your decisions with historical research, and have an intellectual debate with those who disagree with the portrayal.