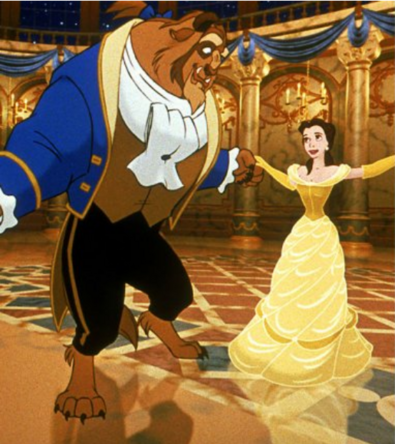 I Was Wrong - The Character Arc

Last time I was here I talked about “The Old Warrior”. It's one of my favorite character types and story elements.

This time I'm going to go into another trope/theme that almost always works for me: The realization of a character that life is not ‘over’ or ‘set in stone’ as they have believed. They open up and realize that they can be different, that life can be different - and because it's fiction, the realization comes at the same time as life actually BECOMES different.

I realize that in broad strokes, this is every standard character arc. A character grows and changes and has a new world view.

What I'm talking about is a particular stodginess and stubbornness and closed-off…ness that stands out to me. It's not just the standard character arc where a hero learns new things - it's the strong belief that “I can't change and I never will” that sits in certain characters.

Funnily enough, Beast from Beauty and the Beast is my first example. That's where I first recognized this theme. It's even in the theme song from the Disney animated movie “wonderful and strange - finding you can change - learning you were wrong.” It's sung by Angela Lansbury as the teapot. She's also murder-solving genius Jessica Fletcher! Is there anything she can't do?

It was the lyric that hit me so hard - again, it's a pretty universal notion, and something that can apply to almost every human in some way I'd imagine.

Even in a series, this can probably be done with most characters under the right conditions.

The flipside of this trope - where the overly rigid character has the chance to change but doesn't do it - is just as powerful to me, but in a depressing way.

So here's to the extra stubborn, extra stodgy, arms crossed, head shaking types who get opened up at the end of their stories!

I love character development arcs. The type you are talking about is one I have noticed usually in the format not of someone changing to a new outlook but REVERTING to a previous self before he became closed off and jaded. It's not the case for Beast (who we are supposed to believe was a terrible selfish boy) but it is so for Scrooge and for many of those "old warriors." It's such a common Christmas story trope to regain the childlike wonder. I also love when a character change leads to switching sides (bad to good, especially). It used to be the standard for the second Bond girl to betray her villain boyfriend for Bond (and then get killed). Much cooler when the side-switcher lives and becomes a heroic team player or a comic relief.

(Nic) Great article, Banes! This is a trope I really enjoy too. A couple of my favorite examples off the top of my head are - Homer Parrish from The Best Years of Our Lives and Melvin Udall from As Good As It Gets. Two men with the mindset that life couldn't possibly be improved due to either physical or psychological issues, only to be proven wrong by themselves and others. And to answer your question - No. I believe there is nothing Angela Lansbury can't do :D

What we really needed was a Mr. Potts short where a teapot solves a crime. A cozy mystery, of course. ;-)

Reminds me of that line from 'Excalibur' ; "I did not know how empty was my soul until it was filled." But someone has got to want to change. To realize change is possible for them and that it is a path still open for them. You see this by carefully examining Scrooge's reactions to what the spirits show him.

Scrooge is a great example of that :D I like this idea. It's a good mode to try and follow in real life because unfortunately reality is FAR more rigid than fiction: people don't like to change, especially not suddenly. We don't even like to change our opinions, let alone our outlooks and lives. Even when talking to people, you can respond to what they've said and offer new insights and they'll go right on saying the same things as if you weren't even there. So your "flipside" of the trope is unfortunately the more realistic one.