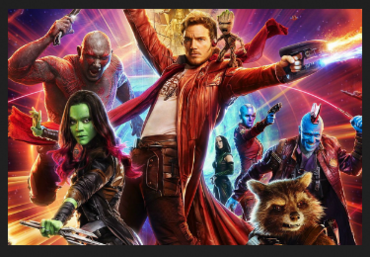 Peter Quill is an earthling living and working in space

In an interview about SNL creatives, it was said that actors who write prefer Strange characters in a normal world. While writers will write pieces about Regular people in a bizarre world. I have no idea how true that is overall, but it rang true to me.

From an actor's point of view, it must be more satisfying - or at least more fun - to play a person who is bizarre in some way. Reacting to that “craziness” is probably less fun - and less showy.

For people who are writers first - maybe they often feel like the only normal person, surrounded by lunacy. I can relate to that in a way. I can relate to being the oddball, too - but most of what I've written involves a fairly “normal” person surrounded by nuttier characters, or situations, or by something outlandish or horrific.

The “only sane man” trope fits a lot of the stuff I like, and some of the things I write. Having said that, I do have my wackier characters, and focusing on them can be a lot of fun, with the regular world around them reacting to their oddness.

Having some aspect of your stories where things are “normal”, relatively, can help emphasize the strangeness of the other people or parts of your world. Even if your “normal” character is pretty strange in some ways, they will probably be more relatable than the really wild characters and situations around them. 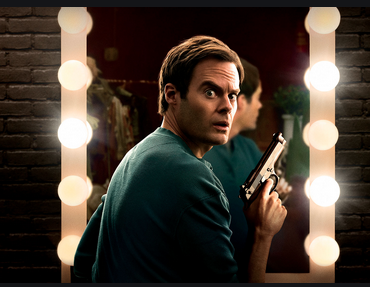 Barry is a hitman, an extraordinary person joining the ordinary world (and the ‘ordinary’ world is pretty crazy too, as it turns out)

I loved the old show Boston Legal, which had a couple of really unusual characters (including Alan Shore, the lead character) and some fantastic “serious characters” for him to get in conflict with. The serious characters were not dull or uninteresting - but the contrast with the wackier folks was a winning combination. I thought it was a huge mistake to get rid of most of the “normies” in the series and increase the wackiness. It made that great show far less interesting to watch.

Anyway, those are my thoughts for the day! Have you written any ‘normal people in crazy worlds’ or ‘crazy people in normal worlds’ stories? Which do you prefer?

Reminded of 'The Devil is a Part Timer'. Where the Devil flees to another world, which is Earth, him and his Liutenant's powers don't work there so they got to get jobs and blend in until they can raise through the ranks! Said ranks......is a Not McDonalds. Shenanigans ensue (And the dub adds some really good jokes and humor.).

@ozone - Indeed! The Typical rises, and the Strange rises to meet it. xD

Ditto the "Strange Land" part - those strange characters often have very human emotions, flaws, and desires, and can give a "normal" Protagonist what they've been missing. I was thinking of these things but didn't add them to the post. Ol' "last-minute Banes" again...

It's true that the "completely average" Protagonist is more and more rare - Peter Quill is a quirky, eccentric guy. I don't see the "normal" main character with the quirky best friend nearly as often anymore. It happens, but it's a better idea to make the Protagonist quirky and interesting!

As a fan of whodunnits, I appreciate a quirky detective up to his or her eyeballs in horrific violent murder plots and severe antagonists. -- And, tbh, characters are far more relatable when they have quirks. I have no empathy for "everymen." Boring characters are unrealistic. I have never met a boring person in real life.

Oh... I just got this everybody: Typical Strange ^_^

Both have their merits, but there's also the deadpan of movies like Airplane, Top Secret!, and such, where you have wacky characters in wacky situations treating everything as perfectly normal and serious. It's the juxtaposition of wacky and normal that usually creates humor for me, and it's something that works best by maintaining a certain balance between the two (which is why so many Zucker/Abrahams movie knockoffs fail). Usually, basing a movie around wacky characters comes across as actors showboating for laughs, and it gets old pretty quickly (which is probably why a lot of SNL skits made into movies end up outstaying their welcome). And, as an aside, I wanna give a hearty pat on the back to bravo1102 for giving a shoutout to Ash (one of my favorite characters).

Well, I happen to be a longtime former amateur actor and a longtime hobby writer, and I feel like the worlds and characters I create are all kind of like these strange mixed bags of normal and crazy, more or less:P

I’ve never felt super normal, so I guess I’m more of an actor, as in, I prefer a world that is relatively grounded in reality, but with a slight twist. My characters are not really “normal,” but they all have something about them that makes them relatable. I dislike when stories get too caught up in their woods that they seemingly leave the characters behind

My main character is a strange person in a more or less normal world, because it provides a better setup for the gags I have in mind. But then, what's normal anyway? On closer inspection her world will prove to be a bit odd as well. As a writer, writing in a world that is supposed to resemble the real one always means following its rules (or having to bend them), but if you create a wacky world of your own, you're the one who makes the rules. However that's only the theory. In practice you kind of do both at the same time, if that makes any sense. (In my world it does. ;) )

Ash Williams from the Evil Dead movies and the TV series Ash versus The Evil Dead. Insane world and he's seen so much he's unhinged, but then he was pretty wild back in the day.

Guardians of the galaxy is interesting in that regard... The lead is normal in a wacky world... but his companions all get to play wacky characters :D I to appreciate the contrast though. In Parks and Rec most of the characters started out pretty normal and slowly went wacky over time, but in the begining it was mainly Aziz's character and his partner that were bizare and it made a nice contrast. Chris (Guardians guy) was also a bit wacky I suppose...

I think there's crazy in both my characters and my worlds. ;-)