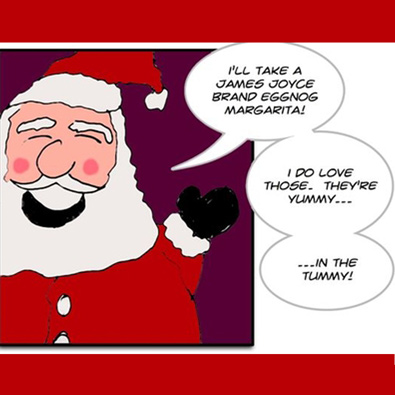 There's a theory that the key to success is simply to rip off the story of King Arthur, ok? But you have to do it in a way that isn't too original or a slavish knockoff, there has to be perfect balance… only then can you be a super successful creative rock star at whatever you apply yourself to, like the highly lucrative and successful world of webcomics for example, where billionaires and the world's most successful influencers have their playground! Arspitzer is one such king of industry, his hilariously spoofy comic is brilliantly observed with wry humour, cleverly timed setups, jokes that pay off many strips later and a good bit of comment on some of the silliness of webcomics in general.
The art is quite rough and sketchy, some is in colour but most is black and white line art. The style grows on you though and it's consistent. If you want a Christmas treet start here: https://www.theduckwebcomics.com/Ripping_Off_King_Arthur/5556400/

No worries Arspitizer, it's a great read!

Thanks for the kind words. Yeah, the art for the early strips isn't that great (and some day I'll need to redraw a lot of these strips). That's one reason I haven't really put all my strips on drunk duck (all of them are on my main website). There's also the Suicide in Destiny City strips (215 to 239) which I put aside in its own section on the drunk duck for those wondering where all the other strips are. But thanks for the kind words.

Thanks again for the recommendation! :D

Have really enjoyed reading this comic!