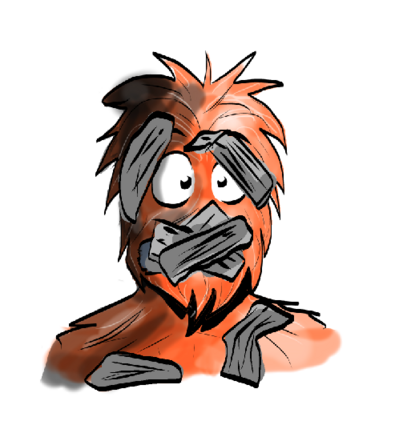 Last week we touched on the outcry over Captain Marvel's marketing campaign, and the shutting down of the ‘Interested-Not Interested’ section of Rotten Tomatoes.

At the same time, a somewhat-related hammer hit YouTube creators when channels were demonetized or limited and told that unsavory or questionable COMMENTS could make them ineligible to be monetized. There are sinister, creepy things happening in some comments, but punishing unrelated channels for comments seems like an unreasonable…and ineffective…way to clean up the problem.

YouTube's motives are more clear - they want to preserve advertiser dollars and not upset the companies that give them money. But once again, they seem to be overreacting - and more importantly, reacting in ways that don't seem likely to solve their problems, and that unjustly punish their content creators.

Private companies are allowed to do what they want, of course - but the fact that these entities are basically monopolies on Internet communication and assembly of citizens makes this a problem.

The fact that they are profit-driven makes this a bigger problem - they will always choose the course of action that keeps the money rolling in - which is not always in the interest of the citizenry.

Private companies that hold the reins of power to this degree - is kind of scary. In general terms, my impression is that Establishment power is shutting down voices that interfere with profits and disagree with agendas of political/financial power. A few cranks complaining - they don't care. But people coming together to oppose - they don't want that!

I don't know what can be done about it.

It's not as simple as "establishment VS freedom" in a direct sort of way, it's more that things fall into that pattern because of the way the power balance is set up: big companies that are profit driven with little oversight and powerless users using them. Google relies almost 99% on AI bots to police things like YouTube and that results in all sorts of weird persecutions because AI is stupid. The commenter ban thing happened because news outlets reported that paedophiles were sharing secret information via comment sections and because of that big companies being the silly cowards they are immediately started windrawing their advertising so Google recated by using their stupid AI to ban any comment section where children could be mentioned. And it seems that people (perhaps state actors?) weaponised that and used it as a way to penalise people they didn't like by reporting them.

Break up the companies holding the monopolies is the only way I can think. Break Youtube up into multiple sites under different companies for examples.

It's definitely problematic. On the one hand, it's clear that a handful of corporations control the vast majority of information accessed by the general public, but at the same time there don't appear to be any major obstacles preventing newcomers from starting up. Networks like Minds and Mastodon have pretty much replicated and arguably improved upon the technology behind Twitter; it's just a matter of building up the user base. In time, I think it can sort itself out in the same way that CNN lost their control over cable news. The problem is that in the meantime there's plenty of potential for lasting harm, be it caused by intentional malice, misguided benevolence/activism, or just plain negligence.

The internet needs regulating, but how would that work without breaking it?

Break up the monopolies.

Live free or Gag Hard? A good day to Gag hard? Gag hard with a Vengeance?