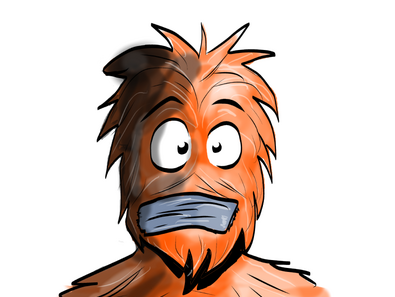 With how fast everything is moving now, I'm a week late on this post - but the underlying subject is still relevant and will continue to have effects on movies, fandom, and culture in general.

Last week, the Rotten Tomatoes review site shut down its “Interested/Not Interested” section, where users could vote “want to see” or “don't want to see” and comment on upcoming movies. This came at the end of a day of furious activity in the fandom community, where fan YouTube channels were tracking the plummeting of the upcoming Captain Marvel rating.

It fell to about 26% interest through the day, before Rotten Tomatoes shut down that section of the site. According to Rotten Tomatoes, this was part of a planned adjustment/updating of the site and had nothing to do. with Captain Marvel. Their actual intention, they said, was to shut down what they called ‘review bombing’ that ‘sometimes bordered on trolling’.

Their true purpose is unclear, at least to me - but many made the conclusion that they are protecting entertainment powerhouse Disney from bad press before the next movie is released. Ticket seller Fandango owns Rotten Tomatoes, so it is in their interest to keep ticket sales up (Fandango is, in turn, owned by Warner Brothers. Not Disney. But still, keeping ticket sales up is in their interest!)

This whole thing took place on the tail end of a marketing campaign that seemed to be very divisive among fans - comments made by the star of the movie have been taken badly. Justified or not, a portion of the fans are not pleased.

My guess would be that shutting down the conversation in this way, regardless of the motives, will not benefit the movie at the box office…

Let's remember the purpose of these services: The movie people want them to be used as a word-of-mouth way of promoting their movies, a form of promotion. The people who run the sites want them as a form of lively human engagement that leads to increased advertising sales ON their sites (so it doesn't matter if you think they're "trolls" or whatever, they're all useful to that end). Considering those factors the likely scenario is that the production company (Disney) put pressure on the website using the sale of advertising as leverage- they might have also done it through subsidiaries or partners- the reason being that they thought it harms their promotional campaign for their films. THAT is pretty worrying. I don't support people being racist or sexist, but wiping out the ability for a community to have a voice because it's inconvenient for promotional purposes is a worrying development. We don't KNOW that's what went on here but it's the most realistic scenario.

True .. this discussion is all over most of the comic ,game review pages I read...the daily beast had a good write up on the captain marvel hate... I dont think what was happening at rotten tomatoes qualified as a conversation ..trolls dont make art better ...

I don't deny that it won't stop trolls, but at least they have one less open floor. And really, it doesn't make any sense to judge a movie you haven't watched. All you can judge is a trailer and even doesn't say what the movie is going to be like. Some of the greatest movies had bland trailers and some of the worst movies had great trailers.

I think it was just not real useful... do you really care if some guy you dont know isn't going to a movie..I watch preview.. and trailers and decide based on that and my knowledge of the directors and actors ability..as for things the actress said.. and the anger over that.. it seems to have been taken out of context and edited to upset.. there is a toxic part of comic culture that produces gatekeepers and trolls..ending this isn't going to effect the trolls they have lots of platforms to rant from..

To be very honest... I think sections like "interested" and "not interested" are not the best kind of sections because they are just too subjective and they are not very fair. It's like having a "good" and "awful" section. Until the movie is seen, it's not fair to have an opinion of it and even then, opinion are still subjective. I think shutting those down was a good idea in the long run.

Humans are great at looking at rules, systems and algorithms and then breaking them. Enough like-minded people (that's the polite nomenclature) got together and broke a part of Rotten Tomatoes. It's annoying, but not hugely annoying. (I really wanted to like ST:Discovery because (a) it was Star Trek, and (b) the negative campaign orchestrated against it on gender grounds. Shame it was terrible on so many levels, with poor writing, plotting and characterization (spore-drive, cough, cough, gak, blerrgh!)

The Interested/Not Interested section could be viewed as a referendum on the movie's marketing and publicity efforts. And people in the general public are, for whatever reason, interested in anticipating how successful or unsuccessful big releases will be and monitoring their box office performance week by week. Ideological whatsits aside, I do think it's fair to say the trailers for Captain Marvel were for the most part objectively poor, and there was a lot of negativity and divisive rhetoric associated with the film which may turn off people just looking to have a good time at the theater. I don't see that the low ratings require any special explanation, and it's a shame they pulled the feature. If the movie won over audiences and succeeded despite the trepidations, that would have made it all the more inspiring.

entropy0013: Um, you literally can't "criticize the quality, the craft of the movie, and the story merits of the movies" in that section, since by definition it only deals with movies you can't have watched yet. In fact, what went down there was exactly the "ideological squabble" you complain about.

So another forum to criticize the quality, the craft of the movie, and the story merits of the movies has been shut down due to the ideological squabble that's outside of the movie? So much or having a site that used to give good warning of the stinkers. Remember there was a slew off month marvel movies releases that were real bad.

I think it's important to separate the two issues here - the stuff that's been going on with Captain Marvel, and the general question what restrictions companies are entitled to setting when providing outlets for fan opinions. As for my personal opinion: I'm a very patient man, but the incessant social media wars these past few weeks have led me to believe that the entire issue with Captain Marvel is utter bullshit, and even if Disney was behind shutting down the haters on Rotten Tomatoes, they were completely justified in doing so. In fact, if I were in the right position at Disney, I'd probably have sent out an army of hungry mice after these people. As for the second issue: Corporations aren't governments, so they can do whatever they want; morally speaking, that is of course a huge problem, and we should find a political way of restricting corporations so they CAN'T do whatever they want. Hence, I'm of different minds on these two issues.

I suspect the movie will be financially successful regardless of any shenanigans, especially once international ticket sales are factored in. So I guess that proves cheaters *can* prosper if they know what they're doing? I really don't know what to think about this movie, but then I have to admit I also had my misgivings about Thor, Guardians of the Galaxy, and Ant Man, and all of those turned out to be great movies despite being about C-list Marvel characters (okay, maybe Thor isn't a C-lister, but he's at least an A minus!). It feels like Marvel/Disney is hedging their bets on Captain Marvel. On the one hand, they really want to put out this message that ticket presales are doing great... but at the same time there are troll clouds brewing over the horizon. So if it doesn't do well, you'll know why. And rumor has it they shot two versions of Avengers: Endgame - one where Captain Marvel is a central character driving the story, and another where she's less prominent in the movie.

1. It was at least at 23% since that's what it was when Mecharandom42 checked it during one of her videos. 2. It was not "review bombing" because they weren't reviews. It was people listing why they weren't planning to see it. Calling them reviews was poor fact checking on the part of the news. 3. The President of Fandango was a former Disney executive. Connection.

The credibility that RT once held languished the moment the TTG! film reached a score it didn’t deserve objectively if it wasn’t even nominated for more than one Annie. Sure the same applies with “bad” movies I still greatly liked like “Dude, Where’s My Car?” And “Hoodwinked”, but I’ve moved on to Metacritic since then. At least they won't be able to afford those critics until next decade. XP

No matter the quality of anything on IMDb or Rotten Tomatoes or any site with ratings there is always the person who rates things super low because of whatever. That one bad experience out of a hundred good to excellent experiences can throw things way off. People are passionate (I might say obsessed being familiar with the psychological definitions) If it doesn't meet their specific criteria it's the worst thing ever. As for the actress? Bubble head type. Probably go on to follow the Gwyneth Paltrow archetype. Any number of performers saying idiotic things these days. Hard to keep them straight.

I have heard that people who were passionate (I'll avoid pejoratives since that's a huge part of the issue), would go after things like Doctor Who and Star Trek Discovery in a sort of activist way and that would affect their sores and give the shows a negative, flop-like feel. It's unfair if that goes on to harm the chances of a show that people have worked hard on and invested a lot of money in- flops can ruin careers, especially if the commenters have never seen the shows. But I do think that fan voices have a place, even when they're negative and orchestrated- it should just be cordoned off from where it can harm people's impression of the show. Like in a section called "passionate voices" or something: STILL a part of the review sites but presented in a way it can't be confused as a critic's view or something official in any way.