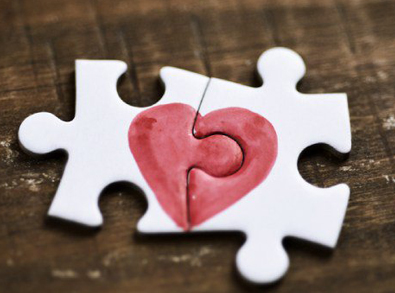 After the string of romance novels such as Twilight and 50 Shades of Grey, there was a focus on unhealthy romantic relationships. This was further amplified after the release of Suicide Squad where throngs of girls and women began lusting after a relationship much like The Joker’s and Harley Quinn’s. I here to say, no. Don’t do that. They have a lot of mental issues there and you don’t have to have that level of psychological instability to have an intense, fun relationship. So let’s look at healthy ways to have a level headed, functional romance.

2. Consent is a thing
Ok guys. We all know this is a thing and it should be respected on both sides of the fence. I’m just here to say that giving consent does not have to be some robotic transaction, (though you are more than welcome to do something like that for laughs. No judgement there).

It can be as simple as one character saying, “I can’t tell you how much I need you right now,” and the other character stepping forward and kissing them. You don’t even need to use words. It could be a tentative touch on the cheek. The love interest places their hand on there’s holding them there, sliding their thumb over their lips as they draw closer. So long as both parties are, from the outset, into it and not resisting you are a-ok.

3. Have the characters respect each other like they would their friends
It is easy to get caught up in the heat and romance of the situation and forget that at the end of the day, the two lovebirds must have something more than “love” to pull them through the hard times. Showing respect between two characters can be as simple as asking the other, “what’s wrong?” when they’re upset, or asking them for advice when they have a problem. At the end of the day, they have to be friends. You’re also going to want to get your characters opening up to one another about them. That’s not say they have to talk about everything with each other, but when something is important, having your character’s talk about how they feel not only helps with the love game but also makes your characters way more relatable.

4. Fighting and apologising
Couples, even healthy ones, fight. But there are distinct differences. The first being, healthy couples do not psychically abuse/assault one another. Not hitting, biting, slapping, spitting, you get the gist. Also, they do not verbally abuse one another, put each other down, call each other terrible, terrible names. Yes, arguments get heated, and yes, sometimes we say things we don’t mean, but there’s a line, and if it’s crossed, that relationship is no longer healthy.

Also, healthy couples eventually apologise to one another. They recognise when they’ve made a mistake, say sorry to their partner, acknowledging what they did wrong, and promise to change that behaviour AND follow through.

How do you feel about writing healthy relationships? Do you struggle with it? Let us know in the comment section below. And join us on Sunday evening for our Quackchat at 5:30PM(EST)!

...The last panel of Vampiremeerkat's comic. That is all. https://www.deviantart.com/vampiremeerkat/art/The-beautiful-progress-made-by-Deviantartists-446676292

It's so much easier to write comedically tumultuous relationships or unhealthy, destructive ones. We don't see healthy relationships portrayed as often - probably they're harder to write. It would be good to see more of them. I like seeing them portrayed; don't think I've written one myself though!

Oh, and my story Strange Creatures is all about character relationships. It's not all "healthy," but not in an abusive partner sort of way. One character is introverted terribly and struggling with a crush and (trying to deny) feelings of jealousy. Her imagined relationship and that of the seemingly mismatched couple are my personal challenges to myself as writing romantic conflict. (I am not good at it, but I wanted to try.)

I'm not a "romance" person. Or at lesat not in the sense of the romance drama or rom-com. But I love friendship and family dynamics. Once I started looking at romance as a form of friendship (basically friend+attraction), it became something I'm more comfortable writing. Used Books has some romantic relationships in it. Not exactly hot and steamy, though. Friendship is the universal theme for Used Books, and romance is a small part of it. If you remove the physical attraction of a strong romantic relationship, a deep friendship should remain.