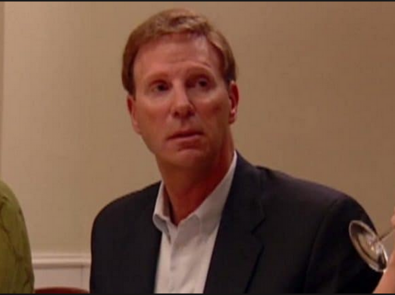 I didn't have a chance last week to talk about the passing of Bob Einstein, aka Super Dave Osborne, aka Marty Funkhauser.

Hilarious as Larry David's sometimes-nemesis and sometimes-friend, Marty Funkhauser, I remember him from many years ago on an old show called “Bizarre”.

The host was John Byner, and there were sketches, jokes, and short films/gags about Super Dave Osborne, legendary stunt man who would get himself cartoonishly mangled as a result of his daredeviling. Daredeviltry?

But I loved Einstein as Bob the producer, who would walk onstage, the ultimate deadpan, lecturing and scolding the clownish John Byner about his lack of professionalism and such. Bob would often end up outwitted by goofy John, and would sometimes be slammed with a pie or some eggs by the end of the bit. And he kept that serious, stony expression. Which made it even funnier.

I thought of Bob the Producer years later, when a Simpsons episode showed the serious, classy Sideshow Bob smeared with a cream pie, and winning his showbiz career because of his seriousness juxtaposed with the goofy pie-in-the-face humor.

Seeing him years later and stuffy Marty Funkhauser was hysterical as well, as were Einstein's interviews on the Norm Macdonald Live podcast and others. With his raspy, one of a kind voice and exaggerated outrage at the fools around him, this guy was hilarious all the way ‘til the end. He will be truly missed!

The “serious guy” is an important part of comedy - even more than the ’regular joe' character contrasted with the wild/funny partner, the stern, serious, deadpan type can really sell the comedy, whether the guy is a fairly benign nemesis, company-man fall guy, or a rigid villain.

Some the great ones that come to mind, other than Bob, and Funkhauser, are Sam the Eagle from the Muppets and Sean Connery as Indy's dad in the Last Crusade.

Do you recognize this ‘serious’ type in comedy? Any favorites come to mind?

have a fine one,

The straight man typically feeds or sets up funny lines from a ridiculous character. Bob Einstein was a master of the deadpan delivery where the deadpan character said the ridiculous things and often never gets the joke. Loved 'Super Dave" going back to Biazzare.

I remember him from running with Saturday morning Cartoons as Super Dave. very funny guy. Crazy too. He almost remind me of Adam West at times.

I suppose this is related to the Straight Man... like Bud Abbot, Bing Crosby, Dean Martin etc?

Loved that guy! I first saw him in a segment he'd do for the Australin TV personality Clive James. And MANY years later I saw most of the early "Bizarre" episodes on Youtube... Lots of boobs in that show. :)