#We Can Do Better

Today I learned … from a commercial! … that men can do better! 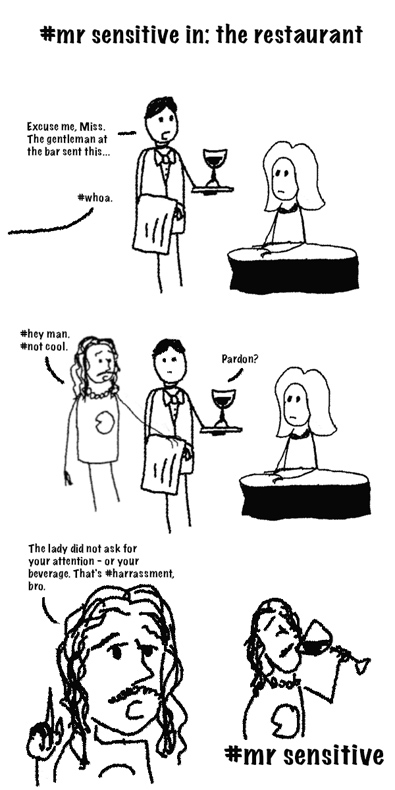 
Happy Thursday, everyone! Hope you have a great one!

@Hapoppo: The claim is not that only men are capable of "toxic masculinity" (or, as I've also read some right-wingers claim, that leftists excuse that kind of toxic behavior when displayed by women), but that toxic masculinity is *socially* more encouraged and less reprimanded when men display it. I.e. it's the widely shared social image of masculinity. Boys are more likely to be taught "masculine" behaviors than feminine ones, and vice versa for girls.

@Amelius: I will say that they ALMOST had a good message there, in that people (in general) need to hold themselves and others accountable for bad behavior, but the stigma of "toxic masculinity" that the commercial is obviously referencing is a divisive one. From my perspective, a lot of people on the left believe it's an extra layer of abrasive behavior found exclusively in men, while a lot of people on the right think it's just a stigma feminists invented to pin negative behaviors anyone is capable of exclusively on men. Whether it's one thing, the other, or something more nuanced is a topic for another time and place, but what ads like these boil down to is, nobody likes companies who are just supposed to be selling you shaving products or hamburgers taking sides and "sneak-attack preaching" on controversial topics.

I thought you did a really great job on this comic. And the commercial is important in times like this.

*beleaguered sigh* The commercial was narmy and money driven yes, but what is the big problem with asking men to denounce bad behavior that's being driven by harmful ideology? It's not like some radfem came up and said all men suck and should drop dead, it's asking the effing bare minimum; don't let your brothers be sexist bullies too tied up in a misguided idea of what masculinity is that they repress themselves or express it in an unhealthy manner, harming themselves, others, and society at large. People are blowing this thing way out of proportion.

So utterly condescending. Give that woman her roofie back, you cockblocker.

Little did #Mr Sensitive know. The man at the bar was the lady's husband who stopped by the bar on his way to the restroom.

Because giant, multi-million dollar corporations are nothing if not a moral compass.

I think it's that sort of well-meaning, out of touch, slightly embarrassing approach rather than deliberate propaganda. It's what's come to be known as "Man-splaining": It's didactic without knowing enough about the subject to BE didactic about it- BUT it's well-meaning even so, so it's hard to be critical about it... It's heart is in the right place. It's like the old uncle trying his hardest not to be racist by saying "oh I like the blacks, they have great natural rhythm and they're such amazing athletes. So cringeworthy.

The examples they chose left me thinking."Nobody in their right mind would let any of this fly in real life, this ad is propaganda"

This finally made me watch that dumb ad. It was dumb but I was fearing this scene was actually in it hah.

I saw the ad...and I just responded with the same clip I've been using for more than a year now towards anything that subjective: https://m.youtube.com/watch?v=HI6d65zPox4

I just saw the Gillette ad. Oooooh yeah. It's pretty patronising. It could have been handled a little better.

That is a perfect likeness of me! :D