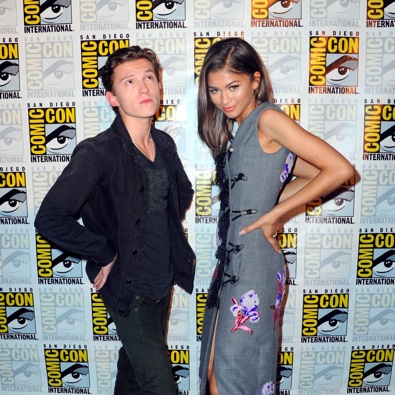 While talking about the latest Spiderman: Far from Home movie, one of my friend’s first reactions to the film have been mostly positive with, “I dig the new MJ” being one of the comments.

When I first learned Zendaya was going to play Michelle aka “MJ”, Peter Parker’s dark humored classmate, I was pretty curious about the new take. Zendaya said in an interview that she had no idea what part she was auditioning for when she tried out for the part, it was called “Girl in a Marvel movie”.

Nearly two decades ago, during the Tobey Maguire and Kirsten Dunst years, Mary Jane’s character was like a Mary Jane archetype in literature, perfectly perfect in every way. Dunst’s MJ had very few flaws, was a girl-next-door and was always nice and kind to the Nth degree.

The new MJ is socially awkward and it even rivals Peter Parkers. Their first kiss is a simple peck because that is what high schoolers do compared to the upside-down/reversed kiss between Dunst and Maguire’s MJ and Spidey looked like a first kiss between adults.

The new MJ is pretty cool, toned down, and likeable—a lot like Tom Holland’s Spiderman.

haven't seen it yet but from HOMECOMING, these two really good and very different from the old time's era. Toby and Gab suitable for that time/years meanwhile TomDaya are what kids or teenagers nowadays need.

Haven't seen it, but he's definitely punching above his weight.

Face it tiger, she hit the jackpot!

@JasonMoon I'm with you, I like MJ as a redhead too

I must watch those new films...

They keep ruining my redheads :(

Classic example of "turns sideways and she disappears"