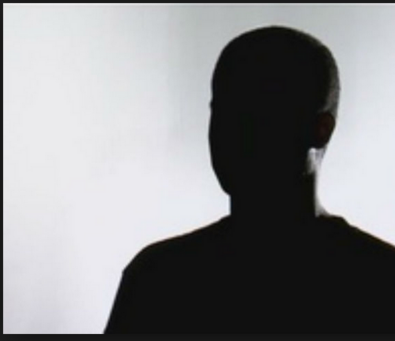 They may deliver the ‘call to adventure’ near the beginning, or arrive near the end to explain all the strange things that have been happening throughout the story.

There was Deep Throat in the X-Files, a government operative who knew everything about everything, but would only deliver enough information to make Mulder…and the audience…curious and intrigued. He would show up near the beginning, usually.

There was Sigourney Weaver in “The Cabin in the Woods” who appeared out of the shadows of an underground bunker at the end to explain the mind-boggling motivation behind the real-life slasher movie the characters had been experiencing.

Somewhere in the middle of the story was Markinson in “A Few Good Men”, who showed up in the back of the MC's car to give crucial information about the murder case going on.

They're usually not a full blown character - but they are legion in fiction and it would be hard to get by sometimes without them!

I'm using one in my comic at the moment who will be explaining the bizarre goings on in the newest issue. A handy bridge for the readers, especially in extraordinary story circumstances!

Who's your favorite mysterious stranger? Ever used one in your comic?


I have more to tell you. Meet me in the dimly-lit parking garage in 20 minutes.

High Plains Drifter to me is the classic mysterious stranger tale. He comes from nowhere and departs to nowhere and nothing about him seems quite right. There's a Stephen Crane or Vincent Benet story like that about a stranger interrupting a church service as a warning and it's someone who died in the Civil War? From nowhere and back to nowhere but disturbing all in their wake whole in te here and now.

The mysterious Stranger was a big theme in Ancient Greek stories especially those hinging on the custom of hospitality and welcome to travellers. It's in the Odyssey. I had it beaten into me in my Greek history classes on Dark Ages Greece. I took whole college classes on this stuff. And those wonderful articles by Banes touch off so many memories of lessons and lectures and reading dusty manuscripts and used text books.

The mysterious insider who drops priveledged information to the eager outsider, often a reporter or investigator of some type is considered a tribute to Deep Throat who in fact based his behavior on old 1940s spy movies. But that's what biographers and film historians say.

I love this archetype, very crucial to story telling and the heroes journey. I have a few of these up my sleeves for future stories.

Maybe I've had them? My favorite way to introduce a character is to have rumors or show their effect before showing the character. But secrets don't get drawn out in Used Books, especially to the audience. So if remaining mysterious is a requirement, I got none. Conrad started out mysterious, but he tried acting cool and everyone calls out his bullshit. Ashley was a mystery character to start. I also have unseen enemies and such, but that's probably a different trope.

I’m not sure if I’ve ever...oh yeah, I guess I do have one, in a much later episode. But I don’t think I use these types of characters too often, I get too interested in them and then make them into an important character. I think Bogum Lee counts as one of these in Good Day to be a Dog

Just about every Spaghetti Western protagonist ever! The mysterious stranger coming into town and causing all hell to break loose kind of defines the genre. It's a great way of working around the usual hollowness of hero characters (or flawed hero characters, as it is): the audience does the job of filling in the missing bits. That gives them something to do so they don't lose interest between the brawls and gunfights. I did a comic, long ago, that heavily drew on this and other Spaghetti-Western tropes, even if it wasn't a Western at all. The comic itself wasn't very good and I scrapped it, but the part that introduced the main character as a mysterious stranger in the true trashy 1960s-70s Italian B-movie style is one of the things I'd definitely do again. It was the one part that worked reasonably well, even when nothing else did.

Morpheus in the Matrix filled this role too - for the beginning of the movie, until we got to know him and he became the Mentor...

The smoking man could be a version of the mysterious stranger - the villainous version! But they actually dubbed Mulder’s helpful stranger as “deep throat”. He was followed by other strangers who stepped in after the character died in season 1. *very very old spoiler alert!*

It was actually the character "Deep Throat" (https://x-files.fandom.com/wiki/Deep_Throat) who was a tribute to the Watergate Deep Throat. The smoking man was a different character. Unless you mean that the latter was also a tribute to Watergate's Deep Throat, which you'd need to explain ;)

The Smoking man was a tribute to Deep Throat. Half Life 2 came over a decade after The X-Files. Video games are full of tributes to movies. I used the mysterious stranger in the first Robofemoid story. Even used a Tommy Lee Jones MiB figure to set the context.

There was a smoking man AND a "Deep Throat" on the X-Files :D But yeah, I think the smoking man has been one of my favorite "mysterious strangers"... at least for the first few seasons.

I thought that was the smoking man in X-files who was based on Deep Throat from Watergate? Or is that the Smoking man from Half Life 2? Argh... popculture overload Xd