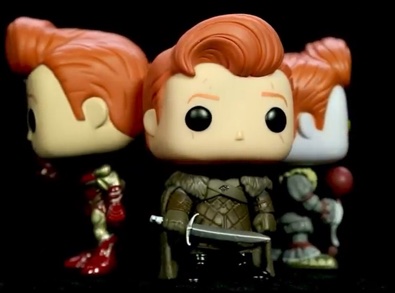 San Diego Comic Con comes to town in a few days to begin a new Hotelacolypse, or when hotels run out of space in downtown San Diego. The line ups are going to range from new film and series announcements with the casts of Game of Thrones, IT 2, and Terminator: Dark Fate making appearances. In recent years, San Diego Comic Con has been used as a platform for the entertainment industry to highlight new projects. It will likely continue that trend as we need fresh projects after seeing Avengers Endgame and the finale for Game of Thrones in the last few months.

One of the more exciting events is that Conan O’Brien and the rest of Team Coco will be at the Spreckles Theatre for the fourth year in a row. Conan is known mostly for hosting his self-titles show Conan. It is a way to combine comedy with comic con. They are releasing four new Conan-themed Funko Pop dolls including: Pennywise, Jon Snow, Iron Man, and Woody.


Is anyone going to be attending SDCC this year?

I’ve never been to a comic con - but Conan actually makes a great funko pop figure!