Knowing when to end 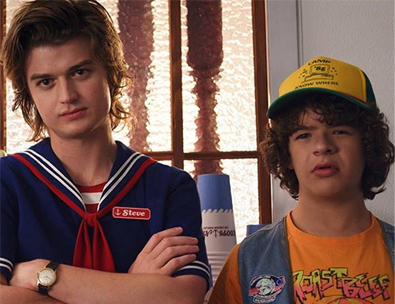 When Stranger Things ended their first season I didn’t feel that there was a need to continue. The character’s had had their arcs come full circle, most loose ends were neatly tied and, despite the ending being left slightly ambiguous, for the most part, it was wrapped up.

I thought that Stranger Things might have been an anthology upon learning there was going to be a second series. The world building was big enough to encompass another stand alone series with maybe a nod or cameo from previous characters. I was disappointed to discover that season 2 would follow on from the first as it would only detract from the arcs the characters had overcome. And, for the most part, I believe that ended up being the case.

It can be difficult to say goodbye to characters that you love, even more so if they are fan favourites. In the Duffer Brothers’ case, they became a critical darling and, so, the pressure to continue may have impacted their decision to follow on from where they left off.

When putting together a long form narrative it helps to have that end in mind as that is what you’ll be building too. Figuring out the characters and their arcs in key to leaving the audience feeling satisfied as a good story knows when to call it quits.

Resist the temptation to continue for the sake of continuing for all good things must come to an end.

Do you have your ending sorted? Let us know in the comment section below! And join us on Sunday evening for our Quackchat at 5:30PM(EST)!

I plan my narrative arcs out from beginning to middle to end. Usually, it's a very rough skeleton, but I can always fill in the details later. I try to envision the story being just complex enough to fill out a six-issue printed series (about 144 pages). After that, I want to move on to the next story. I have two reasons for making very tight, self-contained stories: 1) If the intellectual property is popular, I can write completely new stories using the same characters. 2) I have a lot of ideas for other intellectual properties that I want to develop, so I want to have an end in sight. That way I can jump on to the next project as soon as the current one is finished.

This quack was so needed! Two of the best comics (Elspeth and August Landing) run here have vanished from one day to another - both works of art with really good stories. Without even a word to the reader. Often I have the impression that having had a thought on possible would have helped. It is not so that we can know of the 'invisible' chapters that were never drawn, but there must not be such a bad reading experience.

THANK YOU. I swear by this advice. Not everything needs a sequel or to take forever. I have the ending of my webcomics in mind and once that end is reached, they're done. Onto the next project.

It depends a lot on the story you're trying to tell and how you're trying to tell it. It depends on if you're intending for it to go indefinitely or if you're intending to do a very limited story and have an end point in mind. I've come to prefer an open ending that doesn't neatly tie up everything. I find it's usually more disappointing when the story is brought to an end and the writers try so hard to tie up everything neatly...which usually makes it worse and can ruin the entire experience before they decided to end it. I do agree that writers should definitely not try to overstay the welcome of a series that has told its stories and is just making things worse, though. There are too many series that have gone for far too long nowadays. It feels like people have lost the concept of understanding when what they're doing is just bad and needs to go away, especially if it was ever once upon a time good and enjoyable.

Yeah I have an ending, although it doesn’t end until almost two generations later 🤪 but I know that a story has to end at some point. The story stops being about S&B in like, the 5th season, even though it’s still somewhat about Evan. It goes on to be about different characters, but eventually those charater’s stories come to an end as well

That's a great discussion to have. So far, while each Stranger Things season *could* be the end, I have enjoyed the continuation. Many other shows (I'm specifically disappointed with Chuck, Psyche, and Community as shows that continued after wearing out their premise). While The Civilized Lands of my comic is a *place* (so I have many other characters and stories which could be told), I planned it as a five book series. After that, I would feel content ending it. There's definitely a big ending planned.

I like to think Craters Edge's story will keep going my whole life. Hopefully even after.

Attack of the Robofemoids had the direct sequel Battle of the Robofemoids. Secondary characters from Battle of... got their Tales of SIG, Revenge of uses other characters from Attack of and Return of ties it all together. Anyone else would do arcs of one huge comic, for me it's been a series of stand alone stories that could work as one epic. There's still Conquest of... that will be part of the spinoff Tales of SIG. With introducing new characters and spinoffs it doesn't have to ever end. The universe is big enough to support any number of casts and stories.

My finale is still being finalized but I have a lot of it in mind. I have vague ideas for a follow-up series. I have been over 7 years without cable or high speed internet, just got it two months ago. So I'm "catching up" on many things. I just finished watching Adventure Time. The flow of that story reminds me of my own. A ton of arcs generated and some mad rush in the last season and a half to bring a lot of things around to satisfying conclusion.

I still need to check out Strange Things, But I'm in no rush. I don't really feel like I'm missing out I anything truly special. Anywho, For my series, "The Adventures of Kevin Kid" I've written down all the beats and plot points down. And definitely know how it'll end. I think it's definitely better/easier going in with a game plan.

With Blood and water there had always been a definite conclusion in mind, it's a stand alone story with no follow on needed. That said I few times I've considered changing the last act to allow for an ongoing series, but that would ruin it. All I need to to do now is actually make some more pages.