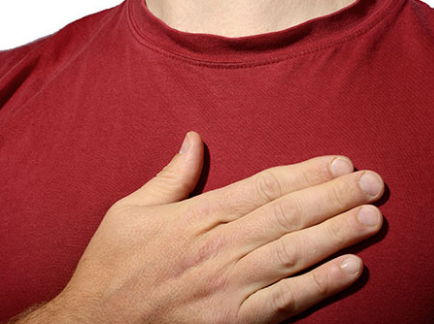 So I watched Hacksaw Ridge the other day (okay it was yesterday) and it was impressive.

Not so much as a movie (though that was quite decent) but the story. The story was amazing.

It's about a man named Desmond Doss who enlists in the army during WWII to serve as a medic, refusing for religious reasons to touch a rifle or fire a single shot. He became the first person to receive the Medal of Honour for courage under fire without using a weapon.

He was a real person and his story was a real story. That's why this movie was amazing. That this main character's acts, beliefs and story were real.

It got me thinking about belief. As the story in this movie is a study in belief and what it means to observe it.

It took a lot of guts, a lot of passion and a lot of courage to serve in the army while refusing to hold a weapon, with all the pressure to do so, and then becoming an example for everyone who thought of him as a coward and a liability. Two sides are presented in the movie (all on the American side, the Japanese enemies are not actually characters in the movie) the one of abuse of belief, and the one of observance of belief. Those trying to force Doss to hold and shoot a rifle are stepping on the belief of freedom they are there to defend (it is shown in the movie that the constitution forbade any coercion to get Doss to pick up a gun). The way Doss refuses to hold a gun, and how he acts throughout the training and then the battle at Hacksaw Ridge, is in my opinion a study on how belief is truly observed and held.

Today, belief is used as a form of attack, and people seem to treat beliefs as football teams, rather than as creeds to live their lives by. At least as a person with deep beliefs myself, it looks that way to me. It's almost grotesque sometimes, watching people that use the exact same methods for the exact same goal (to dominate over the other) hold flags of so called different beliefs, that were they properly observed, would not have them act the way they do.

This goes for religion, politics, regimes and any school of thought in humanities. There is abuse going on, and it is something that should make us pause and think, and evaluate whether we are becoming the monster we are all claiming to fight.

@usedbooks Yeah, it is very sad, and good point yourself!

@ShaRose49: Well said and a point I find especially true. The most detrimental enemy to a movement/group is not the opposition, it is the extremist fanatics within the group. They do such a good job of making the point for the opposition and scaring away others who share beliefs but want to avoid association. "Please, Lord, protect me from your followers."

That is very well-written. I'm surprised, pleasantly, and I salute you for writing it. Thank you for helping to make us think, and to examine the things we hold as beliefs.

The other great uncles also all served, one joining the Marine Corps. He was the only one not to come home. Till the day she died my grandmother hated Japanese always saying "They killed my brother Vladimir" My grandfather was 4F and built ships. My father was drafted into the Marine Corps in 1952. I was raised to believe in service. I also have the distinct disadvantage of being something of an expert on the history of warfare and a real war movie buff. Used to write a war movie minutiae column for a newsletter. You don't end up fighting for glory, or country or anything quite so grand, but for the guy next to you. You want to come home alive and you'll do all you can to help him come home too. And you don't have to carry a rifle to do that. It's easy to break things, but ask any medic; it's really hard to patch them up again.

I’m not a pacifist, but I can sympathize where Doss is coming from. (My mom likes to talk about that movie and Mr. Doss, I haven’t the stomach to watch it myself). This is a very good article, and I’m impressed that someone’s actually writing it on a public(ish?) site. I have very strong beliefs of my own, but I get sad and angry when I see others who believe the same things I do attacking other people or forcing their beliefs down other’s throats, because A: That actually goes against what we believe and B: it’s not effective, unless you want to start a big fight or make us look like jerks. I’m sure I’ve made mistakes this way too, because it’s so easy to do. I try to feature my beliefs in my stories but not as a big, political agenda, but simply as beliefs that some of the characters have, and show how it plays out in their lives. There’s a difference between preaching something and presenting it

It is grotesque, what people consider to be belief today. People do not know what they want in their lifes, because they don't wanna look at their own lifes, instead trying to hide from their own imperfections. They look at the lifes of others, become hooked by the social hypnosis and are led astray thinking belief is about making everyone else pay for your own discomfort and insecurities. And it all, of course, comes with this "everybody must belong where I belong", "everybody has to think what I think". I wonder sometimes if it wouldn't be better if we all stopped joining causes, stopped trying to be part of a herd, stopped looking at what other people are doing and instead go out, each and everyone on there own, and figure out ourselves, in peace and quite, without the distractions and provocations of modern society. Then perhaps we would all each found a sound belief of our own. Anyway, this article brings up a relevant question, and the movie sounds interesting to watch one day:)

Lovely article, Tantz. This is something I needed to read today, and thank you for taking the time to write it :)

There are plenty of popular things that you'll never see me support or portray in a positive light as I see them as wrong and sinful. That being said I found this story to be absolutely inspiring and one cool thing I found, Doss was buried (after dying of tuberculosis in 2006) in my neck of the woods at the national cemetery in Chattanooga. I kinda wish I could find the Japanese account of that too.

My dad joined the Peace Corps instead of the military. He wasn't keen on taking lives either and was an overseas educator instead (helped a village change farming and hygiene practices). I considered the Peace Corps after college, but I'm a natural coward. Thankfully, by virtue of my gender, I haven't been forced to make decisions like that.

One of my great uncles was a conscientious objector who became a medic. Didn't want to take lives, but to save them.

True pacifists are THE bravest people. That takes more courage than any solider fireman, or fighterpilot ever had! I cringe at the bravery and the "balls" it takes.