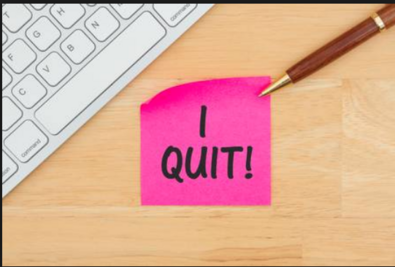 When do you bail on a series, movie or story?

We had a pretty fine conversation on the Quackcast last week that wandered into the category of “endings” and when they're set up well vs badly and such. I had a similar convo today with someone about various series and how long to watch before tapping out. We agreed that some series could be enjoyed and then abandoned without feeling unsatisfied.

I've gotten a sense over the years of when a series I like is going south. Maybe it's nothing to boast about too much; it seems to be more intuitive than anything else.

There was a show called Dexter, based on a series of books about a serial killer who worked for the police, and challenged his compulsion into killing other serial killers. It was phenomenal and my friends and I discussed it every week. It was the best. For four seasons that is. All four of those seasons were great, with season 4, happily, being just as good as season 1 and tied for ‘best’.

Unfortunately, after that it seemed to go off course completely and I bailed on it after season 5, though I kept up with online reactions and reviews and heard about some of the horrible things (in a bad way) that happened in the second half of the show.

Ugh. So glad I left! But that season 4 ending is pretty great, and it works as an ending. It leaves you with questions about what happens later, but it does work quite well as a finale.

Entourage was another one, a “guy's fantasy” I guess, where nothing too bad ever happened. Pure comfort food. Silly and fun. The cracks began to appear I think around season six. The guys were much less…well, guy-like. They all began getting kind of soft and wimpy. All four characters at once. The season ended fine, though. Quite satisfying and felt like an ending. I didn't bother going any further with it, and again heard it got terrible after that.

It's not that characters can't grow and change and guys can't mellow out a little as they mature. But that show was not about that.

And I think that's where I feel I can sense that the end is near. It's a feeling that this series is no longer this series. The core of the thing is being chipped away. Maybe the writers are out of ideas. Maybe they're seeing a too-narrow point of view or something. But this kind of change must be handled with EXTREME care, and in my opinion, is almost always a bad idea.

Another big mistake is solving the main characters' big inner problem too soon. Solving the problem of Mulder's sister fell flat in the X-Files (the problem could have been HOW they resolved it though).

A series character needs “an itch to scratch”. Something that drives them forward and maybe holds them back as well. If you resolve that itch, even if you do it right, your series in on the way out.

Betraying core principles of character or series premise is the other one.

My Name is Earl was about a hick who tried to make up for his many mistakes, crossing items off his list as he
resolved them. In season 3 the show betrayed that premise for some reason and it was horrendous.

Hmm. I could go on and on and this is already rambling.

When do you bail on a series? I know “when it gets boring or I just lose interest” is the answer, but can you identify anything specifically that makes you bail? What are the stopping points of some series you know of?

Some stopping points for me (feel free to agree or disagree!)

-My Name is Earl (quit after season 2. It's a cliffhanger, but the show's so damn good before then. Worth it!)
-Dexter (quit after season 4. Amazing show up til then)
-Entourage (quit after season 6)
-Star Trek Next Gen (skip season 7, except “Genesis”, “Journey's End”, “Pre-emptive Strike”, and “All Good Things”
-Sex and the City (watch the whole series, skip the movies.

Okay that's enough outta me. Should've bailed on this article 18 paragraphs ago!

Gunwallace and jerrie - yeah, that sucked. You’re lucky you missed the shameful treatment of Luke Skywalker in the next movie. Or maybe you’ve heard about it ... maybe from me since I couldn’t stop complaining About it for a year...I’m definitely skipping that franchise from now on

after they killed Han Solo I was DONE with Star Wars. didnt see another one since.

The pre-teen me would be horrified that I gave up on Star Trek:Discovery about 6 episodes in. It just wasn't Star Trek to me in any shape or form, from the staid characters to the insane 'science'. Also the Star Wars movies. I gave up on them after they killed Han. I have no interest in the new characters or storyline (is there a storyline?), and that applies to all the new prequels as well. If you'd told 11-year old Gunwallace he'd forgo watching new Star Trek and Wars (and Batman and Superman movies) he'd have called you crazy.

Usually I have this stubborn persistence to finish a series (or a book) even if I know it's now gone so south there's no going north. But lately I have allowed myself to avoid the punishment. For GoT, after the first summary of what was happening in episode 4 of season 8, I didn't bother watching it. And the finale, I watched in quick jump cuts almost. I feel I've protected myself and lost nothing.

@ozone: My main reason for quitting a series is also too much time between seasons, irregular production, and/or inability to access. I won't go out of my way to view something. I'll watch something else instead.

@bravo: Red vs Green! Saw that one! They also did two crossovers with Detective Conan. (Incidentally, I have a dog named Lupin and a cat named Zenigata.)

@usedbooks I also like Lupin III. You can come in anywhere and just bounce around. Some episodes refer to earlier ones and there's that great movie where they explain why there is no canon because there are hundreds of Lupin III imitators!

Most of the anime series I have LOVED have been one to two seasons. Most notably Erased and Baccano. Eden of the East was good too, but left a lot of loose ends and wrapped them up with boring movies. Samurai Champloo was well-done, but kinda depressing (not the end, the episodes). I rarely bail on concise series because they aren't a huge investment and are actually moving toward an end, so I might as well see them out. (Mixed feelings about Trigun. Love the early episodes. Then it gets weird. Stuck it out anyway.)

In terms of long-running anime, Lupin III does a great job because it doesn't maintain a canon. They release new movies, all unrelated to each other, new series (NOT new seasons of series), etc. An individual series might have its own canon or it may have noncanonical episodes. In any case, it works well as a franchise. You never get into a rut and you can't predict it. Only the characters are constant. (What kills series most often is either a rut or a failed attempt to break a rut with a new formula, new mood, new character, or new setting.)

Shows I bailed from because I got tired of them: The Dragon Ball Z/G or whatever it became series, Bleach, One Piece, Fairy Tail. Long running Shoenen anime are just WAY too formulaic and repetitive.

The last few live action shows I bailed on was because the Hiatuses at the ends of he seasons took too long and it just broke my interest in them. This also happens when they make it too hard to access the show- like they block it in certain regions and you can only find it on such and such a service... jumping through hoops is not something that interests me. A few I baled on because of that: How I met your Mother, The Big Bang Theory (also because of its misogyny and hatred of "nerds"), Rick and Morty, The Venture Brothers, Adventure time, It's always Sunny in Philadelphia, Bob's Burgers, Archer, Breaking Bad... All great shows but if I haven't got that continuity of watching, if I can't maintain that I can lose interest. :(

Wow, I thought that Star Trek The Next Generation just got better and better. I found the ending with Q to be poorly thought out, quickly done and crap. A predicable cludge. It was a show that was suddenly cancelled before its time and the writers had to scramble to make an ending for it and it showed.

@used books - I agree! The reboot and slow death thing is bad. Usually prequels are bad. I'd much rather see them move forward in time and do a spin off.

I liked Battlestar quite a bit personally. Even the finale. Other people had to explain that it was bad. haha. They have really good points for sure. I think the momentum of the show up to then allowed me to enjoy it right to the end.

@bravo - yeah, one could skip straight to All Good Things. If i ever re-re-re-watch TNG I'd probably do that. I included those others because they show what becomes of Wesley, and Ro, and...well, 'Genesis' is just cool!

Btw, fans are somewhat to blame for slow deaths and terrible reboots. We need to try more spin-offs instead, imo. ;) Spin-offs can be awful too, but they leave the original series' integrity intact if they fail (and can be incredibly successful in their own right if they don't).

American series have a nasty way of not knowing when or how to end. They tend to die slow deaths and more often than not have god awful final seasons leading to their demise. I love a finite series that knows where its going and goes there and ends. And doesn't revive despite fan outcry for more or the allure of money. I'll watch a finite series all the way through. Even those can lose appeal into the second of two seasons. Wrong Mans was excellent. Don't bother with season two (feels like a half-added sequel to a good movie). Galavant was fun all the way through. They cliff-hangered season one and came to a satisfying conclusion in two. Gravity Falls is the same. The significant difference is they were planned as two seasons from the start. They didn't just tack a new season on. You can really feel when a series is done and is just existing on fan momentum. I say with movies, not eveth thing needs to be a trilogy, with series, not everything needs a second/third season.

Lol, you nailed ST:tng exactly. When rewatching the series I bailed in season seven and straight to All Good Things... That said, I was ready to bail on ST:Discovery halfway into the first season and suddenly it turned around. The same thing happened in season two. But now that they're back to continuity and canon who knows. MASH was one where you could come and go several times. It was episodic so you could skip over poor episodes and just continue on with the next one. And I bailed on the reboot of Battlestar Galactica in episode three first season. It was beyond "meh" it was "why should I care?" Bad.