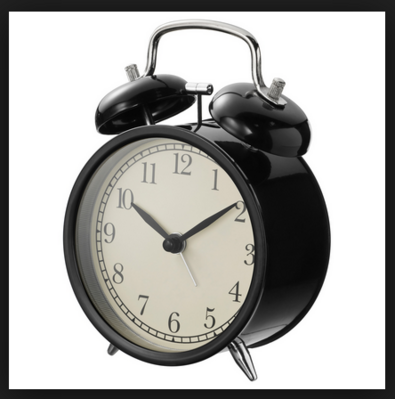 
Timeclocks are one of those elements of fiction that usually shows up in the middle or just before the final act, to give things a little boost in the adrenaline department, and make the drama more urgent. Not only are your characters facing big problems, but suddenly their time is limited. Less often is the timeclock shows up at the beginning of the story - these are the high-octane-type thrill rides.

But whenever they come into play, they're designed to kick the intensity up. A great tool to use in a story.

In a horror movie, you're knocked out by the killer and wake up tied up in the bathtub - you've got to get out of it before the running water reaches your face and you drown!

In an action story, your struggle against the rogue military thieves just got worse - there's a bomb set to go off within the hour!

In a thriller, the struggle to escape the stalker who's been threatening you, or the assassin targeting the President who you're tasked with stopping - well, the guy just kidnapped your kids and dog and is going to kill them!

If you have a romance going on, they've become estranged - and he finds out she's about to board a plane and head out of his life forever. Cue that rush-to-the-airport sequence!

Whatever your characters are struggling to accomplish, whatever obstacles have been in their way, just got much more serious.

That's conflict - the essential ingredient to stories. So amp it up with a ticking clock!

Have you used timeclocks in your comics? How did it work out? What are some of the timeclocks you liked or didn't like?

@bravo: I remember that scene too. But not the movie. Something Mel Brooks? Not sure. Now it's gonna bug me all day!

I've used it a couple times. It's a great motivator and keeps a good pace. Like everything, I'm clumsy with it. I recall specifically a deadline to exchange an object for a hostage. It comes into play getting medical help to injured people too. Injuries almost always have deadlines. Oh, and heists have pretty tight timetables too.

@bravo - haha! I remember that scene, too, but not the movie. Was it The Rock with Sean Connery? Maybe, but there was another one I think...

They're a great addition to games as well. They increase the tension and narrow your focus. It's a good technique.