Detective Pikachu Will Be Released in Comic Form 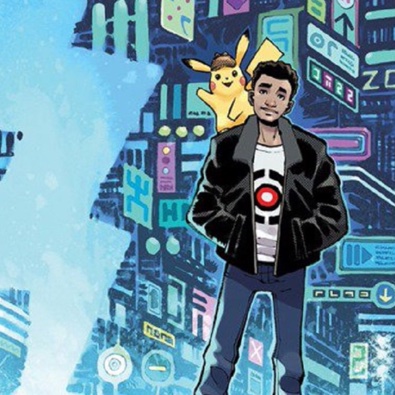 When the trailer for Detective Pikachu was debuted last Fall, I knew more than a few eight year olds who were excited for the film’s release. Several of my twenty-something and thirty-something friends were posting about it on social media because we also grew up with the pocket monsters like many kids in the 1990s and early 2000s. The live-action, CGI film starring Pikachu was originally a Nintendo DS game. The film is scheduled to open in theaters in May 2019. The Detective Pikachu comic will be released soon after the film.

Legendary Comics has taken on the project and has Brian Buccellato, who has also written The Flash and Injustice comic, and Nelson Daniel, who has drawn for Dungeon and Dragons and Ghostbusters attached to the project. The comic will be released both online and in stores this Summer!

I like the pokemon dungeon games where you play as a pokemon..as a franchise I full admit it can be dumb... but have also found some deep thought in it.. and I enjoy pokemon go. I've found the pogo community to be a cool group.i started play as a way to deal with my depression..its a reasons to keep walking and building towards a goal. the team work it takes to take down a boss builds relationships in the community in positive ways. It nice when the community puts a call out for me cus no ones seen my ears..

I think it's a good thing for all the Pokemon fans. Honestly, I was never a fan of the franchise (in all its variations) even though is a comercial success.