A confused rant about setup and payoff 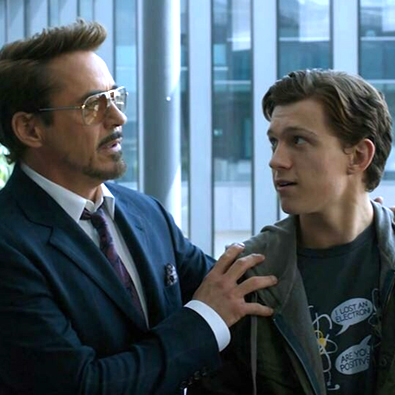 After seeing both the recent episode of Game of Thrones and Avengers: Endgame, I walked away wondering why I felt slightly unfulfilled. I’m going to go into spoiler territory here, so if you haven’t seen either GOT or Endgame it might be best to steer clear of this week’s article, just to be sure.

Are those people gone? Good! We can continue.

So, the importance of setup and payoff was really highlighted to me in the latest episode of Game of Thrones, but I began thinking about this after seeing Endgame. I have watched nearly every Marvel movie, (except for Antman; I wholesale avoided that one. He turns into an ant using science, movie done!) and upon leaving the theatre after watching Endgame I wondered why I felt slightly disappointed.

At first I thought it might be the time travel aspect that was bugging me the most, but it wasn’t until I watched a review from The Cosmonaut Variety Hour did I finally realise why this movie bothered me. He made the point that, at its core, Endgame was a movie about the original Avengers, in particular Ironman and Captain America which got me thinking, “Then why have me watch any of the other movies in the franchise?”

The implicit setup of the MCU was that Endgame was the final stand and that the Avengers was bigger than the original team. I felt like there was no point to me having invested emotional energy into Spiderman, Captain Marvel and Black Panther, because really they were there more as cameos than as an actual team. The biggest offender of this being Captain Marvel, who, in my opinion, could have been cut from the universe and replaced easily by some other narrative device. She was introduced at the beginning and then kept away as a deus ex machina for a later date. So, I felt that the setup of these characters ultimately had little payoff, leaving me feeling like something was missing from the movie.

Fast forward to the last episode of Game of Thrones. The Long Night. Boy did it feel like it but not in a good way.

This episode was THE payoff of Game of Thrones. This fight has been built up over EIGHT very, very long seasons. And we couldn’t even see half of it! But technical aspects aside, these are the points that had been setup for us from day one.

I could go on.

There are two main issues with the payoff of this episode. Firstly, that the Night King was taken down by what amounted to a raptor attack and secondly, the placement of the episode in the season. This episode should have been the second to last episode. THIS was this climax! The setup was that all of Westeros had to come together to defeat the Night King.

Instead we got a poorly lit skirmish with barely any characters that we care about dying, other characters just being plain silly, a library scene that went for too long and served no purpose, bad battle tactics and the most dangerous threat to Westeros being taken out by a cheap sleight of hand!

When you fail to “payoff” on your “setup”, your story loses all sense of emotional investment. There is no reason to continue with Game of Thrones, as the characters dealing with Cersei feels more like a shitty, tacked on DLC rather than a climax.

These two pieces of media promised that the payoff would be worth the amount of setup that they did and at the end of the day all I feel is a sense that my time and therefore my life were ultimately wasted.

I will say though the fact that Tony Stark saved the universe for Peter Parker warms my heart. How’s that for a payoff! *DROPS MIC*

How do you feel about the setup and payoff of these movies/series? Was it worth it to you? Let us know in the comment section below! And join us on Sunday evening for our Quackchat at 5:30PM(EST)!

Suspension of disbelief? Not in service of excusing hackneyed writing. D&D has become mainstream, so I'm a little baffled by what you're getting at. I have no stunted sense of wonder-- I just think that when your characters are sharing 1 single brain cell to advance the plot, it's bad writing no matter how much spectacle goes into the proceedings. D&D has become the generic fantasy well that mainstream fantasy goes to (along with Tolkein) and though I have no less fondness for these properties than the next geek, I can still recognize these have become the boilerplate for stock fantasy stories.

@ozoneocean: and there was a whole year of campaign and battle between Leipzig and Napoleon's abdication in 1814. With Napoleon winning many of the engagements.

By the way the battle was magnificent. The tangled confused mess of the worst fighting conditions. Someone read their World War 2 winter fighting history. See any number of works on the Eastern Front, Battle of the Bulge and the Russo-Finnish war. And the Battle of Towton in the Wars of the Toses and Battle of Eylau in the Napoleonic wars.

Funny - I wanted the focus to be back on the original team of Avengers for Endgame. That seemed right to me, and I suspected that some or all of the originals would die, and the newer characters would move forward. So I was happy about that approach. Some of those originals were served well, and the ones who took character turns that some people don't like - I can see the point there, and hopefully those characters will get more chances in future movies/series.

With all this cynical talk of D&D, I somehow think we have lost our sense of wonder and certainly our suspension of disbelief.

@Amelius: Yes, that battle reminded me of a D&D session. That 'epic' battle where you kill of a bunch of NPCs the players are fond of, wound some player characters to the point of near death, but not quite, and slaughter low level soldiers so it feels epic, but at the same time the PCs feel powerful and heroic. It also had the feeling of a D&D campaign that had got out of control. The DM realized he'd given them items that were too powerful and wanted to take them back (dragons), and the players were too dumb to organize the castle defenses so the DM allowed them a get out of jail free clause with the 'head vampire' concept that undoes the whole undead army at a stroke. I've played in campaigns just like it, and while it works in D&D ...

I always found the magic stuff in GOT the least interesting part and I am looking forward to the bickering with Cersei more than skeletor getting the old prison shiv. Endgame was tiresome noise and posturing, I agree with the commentors that Antman is perhaps the most entertaining of the bunch (if you're not looking for movies where you're supposed to feel great about violent situations and scream the words "bad asssss" over and over again).

As for GOT... I read and liked the books, tried to give the series a chance, and immediately saw that it was a hackjob. I'm not shocked it's this bad after they ran out of book material to mangle, just surprised it's taken people this long to notice it's bad. This kind of thing is inevitable when you write yourself in a corner by failing to read the source material and discerning where plot threads are going... DESPITE having the author there! They forgot what the series was about and fell back on typical fantasy twists. It's more like a D&D session: Oh no, the Rogue kill-stole!

Adding to the "see Antman" pile. My only real beef with Endgame was what a complete heelturn Cap takes at the end, and how little sense it makes for his character in service of exactly what I wrote about a while back-- cheap feels. I mean, it was super effective because fangirls/boys are saying it made them happy-cry to vindicate their OTP, but it just seems like a character backslide and worse, they forgot him making out with Sharon Carter... you know, that makes her his niece now?! (a new timeline excuse doesn't handwave the creep factor here) Steve just hangin' back watching all the worst things happen because he's got his waifu now, living in the literal past instead of embracing his new family and friends. Peggy Carter is Steve's prize at the end of the game! They barely even went on a date, I don't buy this as a love of the ages.

Go watch Ant Man! And don't believe Oz, Winter Soldier is among the best superhero movies ever made ;)

Hahaha, Bravo: The Battle of Nations in Leipzig in 1813 was the largest battle the world had seen till the first world war, it was the ultimate defeat of Napoleon... But it wasn't the climax they needed. It was unfulfilling and unsatisfying, so they had to come back for a sequel and a proper ending in 1815 at Waterloo for the BIG show-stopper ^_^

Antman is worth it! I haven't seen many Marvel movies but out of those I HAVE seen quite a few were shit (Thor, Thor2, Ironman 2, Captain America 2 etc). Antman was real family fun, just a funny, friendly romp: "honey I shrunk the kids" as a superhero heist movie.

It's Hollywood/Madison Avenue hype as opposed to dramatic structure. Some of the best endings to series are understated. And maybe the point is to leave the audience disappointed because that's "real". Not everything ends with the BANG and the neat tie-up. Some stories are as Churchill said about El Alamein; not the beginning of the end, but the end of the beginning. Sure the battle of Belin was the huge battle but the satisfying ending was the joy, relief, pain and tears of the war's end. Without that I would have been unsatisfied, not the neverending battle floor by floor in the Reich's Chancellery.

Found GoT very underwhelming. But hopefully there is an actual payoff coming up. Not expecting much though, after last seasons messes. Simply seeing it through to the end and then never watching another GoT related thing ever, amen.

Not with a BANG, but with a whimper. We're spoiled with so many movies and series topping themselves with bigger and bigger BANGs. I really doubt that after 20 plus movies any ending to the Marvel franchise could have been satisfying enough. As for GOT -- remember in War and Peace the big climactic battle is in the MIDDLE of the book. What matters is the tragedy of the retreat from Moscow. All that is still to come in GOT.

absolutely correct about the ENDGAME

Oh and watch ant man. Don't argue, do as you're told. It's a good fun movie and full if heart. The sequel is a bit bland though.

Nope, that wasn't the climax to game of thrones. I still agree the night king didn't pose as big a threat as he built up to be, but the real climax is yet to come. My theory is that all dragons and magical stuff will die and Cersei will remain queen after soundly defeating Jon and Dany. Agreed about Endgame, it was a great payoff for two characters but others were screwed over. Hulk especially.