Not What They Seem 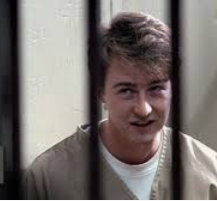 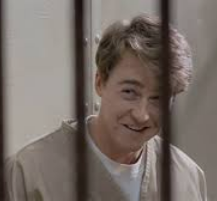 One of the things I like in fiction is characters who are not what they seem.

Like all things, this sort of thing can be done well, or badly, or somewhere in between. It can be fascinating and surprising, or cliche and predictable. It can get a reaction like “Of course! How did I not see that coming?” or “Omigosh! I had no idea!”, or it can produce yawns and “I don't buy that; total ass pull.” or “Yeah, he was obviously a double agent. Knew it from his first scene.”

This idea encompasses your big twist endings, of course, like in the Sixth Sense or Shutter Island and their character-centric twists - both really well done, and had people saying “Of course! All the clues were there the whole time!”

It requires playing a little game with the audience/readers, where you might use red herrings to obscure the real clues, or do a “fake debunk” to make people dismiss the real truth, while you sneak in the real hints to the truth.

There's also the people who present themselves a certain way, who look a certain way, but are very different on the inside, with their thoughts and their actions. The classic “And Then There Were None” by Agatha Christie uses this in spades, with the characters who all have secrets. One of the two big examples is Vera, who presents as a pretty, athletic, true blue type, but is something quite different when we learn the truth about her.

I guess you could call that the “layered” character. Even if they're not hiding some horrible secret, they are very different than what they show the world. And discovering the truth can be fascinating as a reader/viewer!

Another way this concept is thrilling is the “hidden depths” within a character. You can see this in Protagonists, Antagonists, and side characters alike. In fact, a Hero with an arc is probably going to NEED something like this going on. They have to struggle with the challenges in front of them and find new reserves of strength and determination and other qualities in order to make it through the story.

Even characters without much of an arc will probably show hidden depths (for good or bad) to make the story worth experiencing.

What are your favorite “big twist”, “layered”, or “hidden depths” characters stories?

Most writers don't do this sort of character very well. Putting in a twist clumsily can make an audience resentful and even spiteful, and they may reject the sudden turn, so be careful how or if you apply this at all. To use "And Then There Were None" from the article's example, it's true that everyone has secrets, but it's a bit misleading to claim that any of them really matter at all in the end, and that's a fairly common reason why many who have read it see it as a disappointing mystery: there's no real way the reader can figure it out, so it feels very much a deus ex machina by the end, one of the worst ways you can introduce a twist. I would say above all, be careful about being tempted into this. As with many "surprise" mechanics to creative writing, it's very, very easy to botch this and ruin your story for any potential audience.

Definitely Kaworu Nagisa from Evangelion ep. 24 - he's *SPOILERS FOR A 20-YEAR-OLD SHOW EVERYONE KNOWS* not only an agent of Seele, but an angel too!!! F*cking HELL!!!! I mean, I knew that going into the episode, but still... super-awesome and super-gut-wrenching.

Hmmm...I can’t think of my favourite examples atm—except for maybe the villain on the first Mall Cop movie, his kinda lazy, mellow-loser act totally had me fooled. I mean I probably shoulda seen it coming, but I didn’t. Several of my own characters have a lot more to them than they show, or put on a front to hide vulnerabilities. Kairo is of course a double-agent but the audience is supposed to know that from the beginning, but we do get to see him hide it from others.

Sweet article Banes! I've always liked this way to make a story (or a character) a bit memorable.

They're interesting stories! I hate when the make it too obvious though... like the super sweet character who's secretly evil: that's just a lazy, over-popular trope. We don't need that one anymore, it can rest for a while :D