Writing your hopes and fears 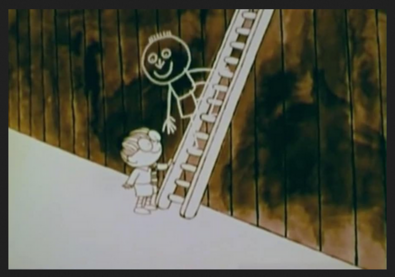 Do the things you draw come true?

At the end of Annie Hall, Woody Allen's character writes a play that recreates his breakup with Annie. But in the fictional version, they stay together and the romance continues. Narrating the movie, Woody apologizes to the movie's audience and says “What can I say; it was my first play.”

John Lennon changed the lyrics of a song called “I'm Losing You” to “(I feel like) I'm Losing You” because he feared on some level that it could potentially cost him his relationship. Or he thought it was a possibility at least.


Ever since I heard a couple writers say that the things they write can sometimes transform their own lives I've thought I should write something will all the energy I can muster where the character gets everything I want, and finds great happiness and fulfillment in every area of life that matters to me.

At least I think that's what's stopped me. Why else would I not do it, with such potential magic at my fingertips?

For another thing, it makes for pretty boring fiction to have characters win and being happy and fulfilled all the time. What kind of story would that be??

The reverse comes to mind; a creator could put all their darkest thoughts and horrible impulses into their fiction, and somehow purge them or do something useful with the negative stuff that's in all our minds to some degree.

Vince Giligan of Breaking Bad comes to mind - such a mild mannered, nice guy from what I can tell, but a lot of the bleakest, darkest stuff in Breaking Bad was written by him.

And Stephen King says he writes all his scary thoughts in books, and never, ever has nightmares. He gives ‘em to other people, and they love him for it!

How about you? Have things you’ve written come true? Your wishes? Your nightmares? A little bit of both? Or Neither?

A little flight of fancy for this Thursday.

from the best of banes collectible card set. Buy them all - but don't eat the gum

As a lucid dreamer, I was taught to challenge the nightmare because anything is possible in a dream. Failing that I was encouraged to come up with a satisfying ending to settle the nightmare. Chased by monsters? I open a closet and it's an armory. But the nightmare doesn't let me shoot them. So upon wakening I imagine riddling them with bullets. I also do it for scary movies. They don't end the way I want, I imagine a better ending. I write lots of dark stories but there's always light at the end of the tunnel and it's not a train, but some resolution. The resolution may be problematic but it's never hopeless.

I wrote a story about winning over a crush and a friend suggested a sequel called "ruined by a happy ending". The old "be careful what you wish for, you just might get it." It turns out I was the target of a few secret crushes that I would have been very happy to satisfy. But I was too clueless and women never confess the crush and both end up with nothing but regret. And that can lead to a lot of dark thoughts

I am also finishing an arc in Used Books that was based on one of my deepest fears, being forgotten. A person dying alone in seclusion because no one remembered, no one checked. (I live alone, so I sometimes/often think about what would happen if I hurt myself badly enough to not be able to call for help. Or how long it would take to be missed if I was lost.)

I'm currently writing a story (not Used Books) about a woman with a crush on a friend, but he gets engaged before she has the guts to bring up the subject. I started the story as a teen and intended to criss-cross love interests, arrange it like a Shakespeare comedy, and put her with her crush by the end. But picking up as an adult, I hate that ending. So I'm doing things differently. (I've had too many crushes and now think I'd have been miserable to "end up with" any of them.)

I feel like I've long strived to take both the fun, the bright, and the positive aspects of my imagination, as well as the weird, the dark and the negative aspects of my imagination, and transform them into stories that can open a window into life's condition and perhaps even supply answers to some of life's questions, and/or even better, unveil questions about life never before explored. Have I succeded in doing that? I don't know. But I think it's worth the attempt, regardless of outcome.

IMHO, what happens is that we have many vague wishes and fears that lurk just below conscious level, but when we put them in a story we have to think them out, so that we bring them up to consciousness by giving them a clear shape. This obviously can be difficult emotively.