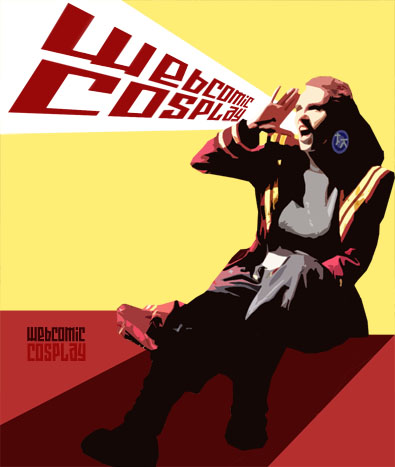 This is Ozoneocean filling in for Em! Today I want to talk about cosplay, but not just any cosplay… no, I'm talking about cosplay from webcomics.

What IS cosplay? Well it's people dressing up as their favourite pop-culture characters, or maybe even doing their own original character. Movie superheros and anime characters are by far the most popular things to cosplay, but there are many other things people are inspired by too: movies, games, comics, artwork, books, cartoons, TV, and even concepts and jokes! Then there are things like cross-play (you cosplay a different sex), gender-bend cosplay (you cosplay the character as a different sex), and mashups (you blend a character with another).

One thing that seems reasonably rare though are people dressing as characters from webcomics. Maybe it's because they feel the cultural traction is too low so they're hesitant? A big part of cosplay is being noticed afterall, which is why so many people choose very popular mainstream characters.

Webcomic cosplay DOES exist though! I've cosplayed as my own character Ace Kinkaid opposite models playing my character Pinky from my webcomic PinkyTA at photoshoots and various conventions including San Diego ComicCon.
Famously people used to make a thing out of cosplaying characters from the webcomic Homestuck. I've seen cosplay of the webcomic Sparkling Generation Valkyrie Yuuki, and the webcomic Megatokyo has seen it's share. It's a great way to expand the fanbase of your comic and promote it outside the the web, not to mention a great deal of fun! It's also a brilliant way to energise and embrace fans; by encouraging them to dress as your characters.

Have you every cosplayed? If so what as? And have you ever seen a webcomic cosplay or considered doing one yourself? 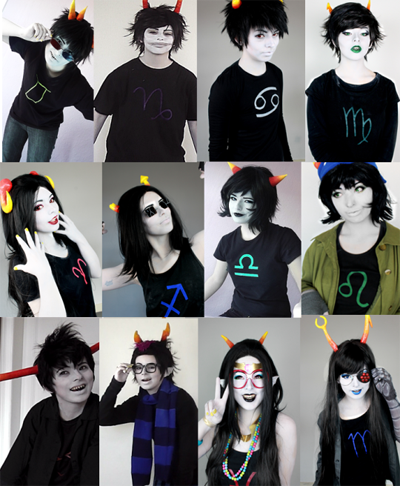 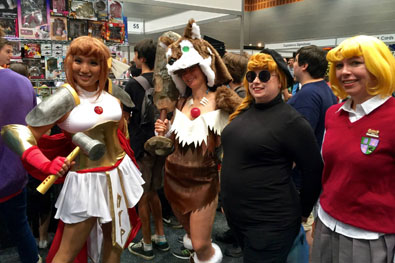 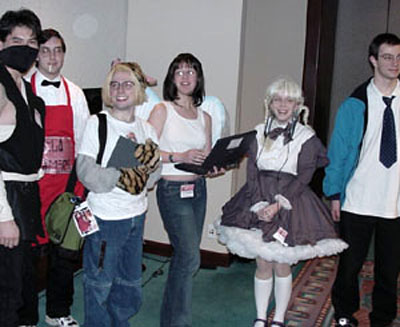 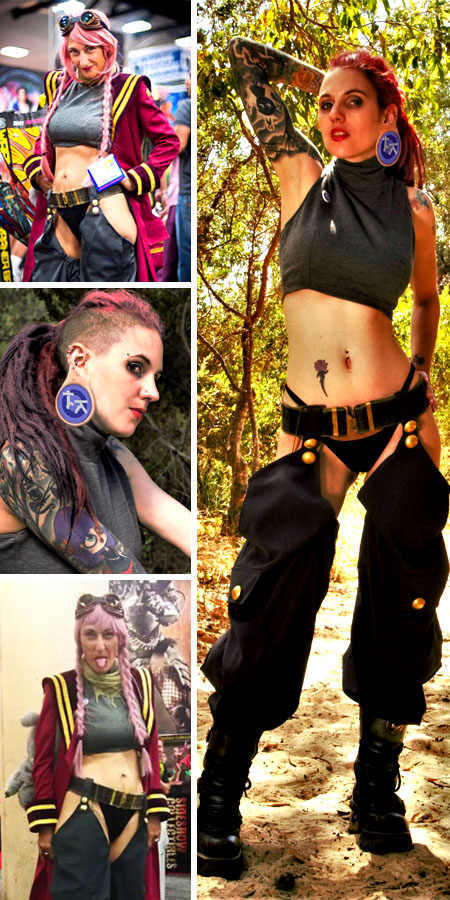 It would be the ultimate compliment if someone was to cosplay one of my characters.

@Usedbooks- People cosplay any character and have any sort of bodyshape. There's a wrong idea that a bodytype or gender has to fit with a character but it's not true. Cosplay isn't expensive either, it CAN be but there are many levels. One of the great things about it is that you don't really draw attention to yourself but to the character your playing :)

Sorry. I misread the article as thinking you had cosplayed as Pinky, so I was thinking I was making fun of you. So sorry.

My friends once dressed up as the characters I based on them. The weird thing is, my friend Gael actually owns a necklace identical to one I made up for the character inspired by her in my comic (and I had never seen it before). I've never cosplayed. Seems expensive, my body type isn't exactly flatterable (nor fitting to characters), and I don't like drawing attention to myself.

One of my friends cosplayed as a character from Arrowflight (Tzushannah) some years back. It was at a couple of local cons and my comic had some local recognition and traction there at the time.

I’ve cosplayed a few times, but never as a webcomic character. I might love to cosplay as one of my own characters, or maybe as someone from Space Boy, UnOrdinary, or even someone from a lesser-known webcomic that I like, like Tale of a Disappointing Landshark

A strip club full of cosplay Eeve's would be lovely :)

Trouble enough being me these days. ;) But considering my characters are scale cosplay already, I am kind of ahead of the game. I could get a table with all the figures dressed as the characters. I'll stick to my aloha shirts and baseball caps.

:P That was my friend Bianka! Pinky Usually has quite a strong nose so she fit the role well. Alexis is great but she has a more normal, less Pinky schnoz XD

Is that Jon Pertwee cosplaying as Pinky TA? ;-) Since I drew myself into my comic, everyday is me cosplaying as myself. ;-) I would love it if women cosplayed as Gertrude & Brunhilda, but with my luck it would a pair of 300 pound guys named Gomer & Bubba.