A Phoenix Reborn as The Joker 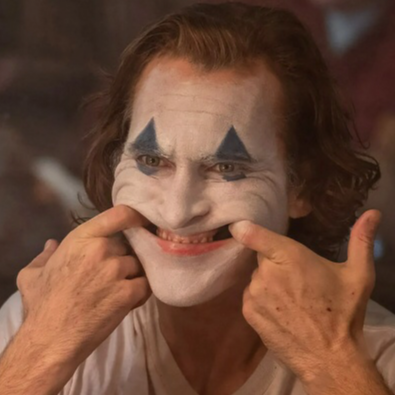 Here is the scene:

It is pitch black, sitting in a movie theater, the lights go out and the feature film is only minutes away from beginning. The trailers begin playing and the first one is half way memorable. Then the next trailer comes on and I see a man riding a subway through a large metropolitan city, that same man talking to a therapist, standing on a stage performing standup and finally watching him put on his first layer of face paint. Yes, it was that moment that I saw the complete trailer for Joaquin Phoenix’s portrayal of The Joker that I honestly wished I was at the movies to see that film instead of the one I had paid to see.

The Joker role has been iconic since Cesar Romero played him in the 1966 Batman movie with a list of notable actors (Jack Nicholson, Mark Hamill (voice), Heath Ledger, and Jared Leto) playing the role thereafter. The role, based off of one of Batman’s best known nemesis from the comic books, has forced actors to dig deep, falling into madness as they tried to method act for the role of Joker.

Phoenix’s role of Joker focuses on his life before he met Batman. It shows how he used to moonlight as a stand up comedian before switching careers to become vigilante in Gotham City.

This film is going to be slightly different in its execution of its source material. One of the Joker producers, Emma Koskoff, has shared that, “it’s not my prefered genre, the comic book genre. I literally can not watch those movies. I try but I can’t. I should but I can’t. But I love this movie.”

The film’s director, Todd Phillips, spent a year trying to convince Warner Brothers studio to make the film R-rated in order to diver deeper into the dark history of Joker’s past. He is making a film that is not directly pulled from the source material, so knowledgeable fans who have years of history and facts on the Arthur Fleck (Joker) will watch the story unfold at the same time as the rest of the audience.

And then, I'm the only human being on Earth who doesn't watch super hero movies. I'm feeling lonely XD

Vigilante Joker? So that one universe where the Justice League is evil and the villains are good guys?

I thought it was a really good trailer and I’m looking forward to this one! I understand there’s some controversy over this movie already but I have no idea what the issue is. There’s only so much outrage I can stand I guess xD

Mark Hamill voice for the Joker is so perfect I now only hear his version in my head every time I think of the Joker. To me, his voice fits this lunatic ....shit mark should play the Joker. (I know I’m really reaching right now). But what if?

I don’t know if this movie will be a good fit for a film. DC tends to botch their live action movies up pretty bad. I’ve seen the trailer and was not impressed. It didn’t grab me. If I was them, I would hire the writers of the DC animation movies to jump on board with this project. I love DC’s animation movies waaaay more than live action ones. And all versions of the animation joker(s) always put me in a place, thinking the Joker is definitely my favorite villain. Now, the live action versions of the Joker every now and then hits the true nature of this man but then falls short of them, (the actor and writers), not being the Joker. Of all live action Jokers’, Jack Nicholson is still my favorite version of the Joker and closest to the animated depiction of the Joker. The comic book version of the Joker to me is spot on. So, if they want to make this film badass, they have to bring their “A” game for real.

It's really just not a good idea. The Joker is an insane serial killer, and it's just not a good fit for a film's focus or protagonist. The Joker in general being humanized is one of the most appalling turns of the past couple of decades, and they're only doing it to milk it for profit. You're supposed to feel bad if you laugh at one of his genuinely funny jokes -- he looks like a clown, but he's horrifying. You don't even know if you should laugh, because he might kill you. Or he might kill you for not laughing. As fond as I am of the actor...no thank you.