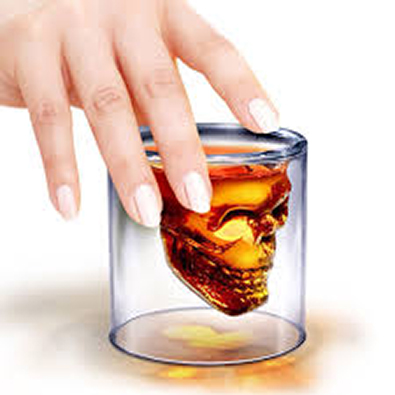 As a comic creator I have done mainly long series (most of which I have yet to finish) but there was a time where I wrote and completed a one shot comic. It was rough and boy is the art a bit old, but it was an interesting exercise. It felt good creating a simpler story that was self contained, able to stand on its own two feet.

The beauty of the one-shot is that the story is often shorter and self contained. There aren’t many moving parts and it gives the creator a chance to really flex their creativity in other ways such as the art or themes. A one shot comic can also be a good change of pace during projects. Given the longer nature of a serial, having a story that has an achievable scope can help when one is facing writers/art block.

It helps to have a strong and clear outline for a one shot comic as you don’t have the room to build complicated lore. The beauty of this format is that it keeps you focused and the outline will keep the plot from unraveling out of control.

It also offers a good outlet for those stories you want to explore but don’t have enough content for a longer series. A later date you can collect them together in an anthology if there are similar themes explored throughout as well.

Have you ever written a one-shot comic? Would you ever consider it? Let us know in the comment section below! And join us on Sunday evening for our Quackchat at 5:30PM(EST)!

I'd love to create a few one-shots, but I tend to over-complicate lore. If I did do them, I'd have to go with the horror genre, as Junji Ito is a legendary inspiration to me.

I do. My comic started as a one-shot, then I extended the story after receiving positive critics. I did it just to prove myself I CAN finish a comic, even if it is a short one. I'll definitely make it again.

Actually I've done one-page comics here and there, for the DD Awards and other little things. All of them one-pagers.

I've written some one-shot short stories. Not many, at least not for many years. I intend to do much more than I actually do, because I'd like to develop the skill of writing beginnings, conflicts and endings. The stories in my comic are fairly standalone, but with the same characters. So there ARE stories, with endings that I try to make satisfying and worthwhile - but I find the pressure higher in one shot. It's different when the ending is actually the ending, and the characters will not be seen again. Even just in prose, I feel the pressure of that. But I do think it's worthwhile to write one shots to get better at making complete stories. Great article!

I write short stories and scripts (fun side hobby) as well as longer, most would adapt to comics easily, that's how they play in my head as I write them. Pyramid of Death ended at 15 pages which seemed just right for a snapshot story.

That said, I LOVE to read them. And I love watching anthology series, esp. if the stories are less than an hour long. (Once they start pushing past an hour, they lose conciseness and that well-paced feel.) I miss the old adventure series too. Like MacGyver and Scarecrow and Mrs. King. The episodes were perfectly self-contained, minimal canon development, nothing you had to recall from previous episodes or set viewing order.

Nope. I'm no good at it. When I was a kid, I wrote all the time. Most were unfinished but intended to be long form. I finished only a couple stories. I had intended on them being short stories but they were over 40 pages long (which would probably take at least 100 comic pages). But I can do episodic formats, and some "episodes" are quite self-contained. I think it takes me time to get to know a world and characters, but once I do, I can present them in shorter formats. (I also started a "choose your own adventure" story/game which is a short story, but really a bunch of short stories.)

Belle's best is an anthology. All the stories have recurring characters playing themselves or various one-shot characters. I've also done a few short stories that appeared in some anthology comics here. I need beginning, middle and end so I can have a realistic achievable goal as opposed to an open ended commitment. This way I can really cause havoc without having to worry about the continuity because I can just end the story. It is all one universe (unless I do alternate timelines like Mask of the Aryans) but big things can happen without regard for the little people. It's a big universe and I can jump around as I wish doing all kinds of stuff.

Actually I have plans to create an anthology of one-shot comics in the future. It's to be the introducing tie-in to a continuum of stories which I got planned years ahead. But for the time being I'm focusing on the serie, the first of many, that I got now, acquiring the feel and pace of drawing and uploading a long going story from start to finnish.

I have not done a one shot comic yet. Would I do one? Maybe not for me. If I do it would be all stick figures just to tell a story. I guess I like to do semi-detail work. As far writing a one shot. Easy. All the time. The issue is drawing it out. One of the reasons I stop creating stories is that I will forget about them. I would go back edit and revamp my one shots written works.