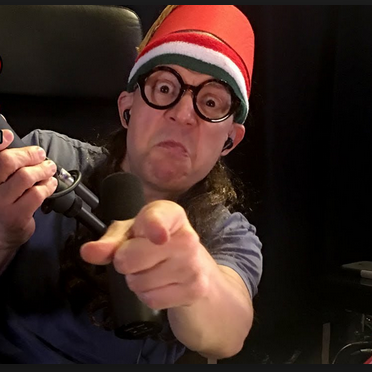 I'll give an example from the 2000's version of The Hills Have Eyes (spoilers ahead).

There's a scene early in that movie, when the family is stranded but they haven't realized how much trouble they're really in. The husband of the oldest daughter seems to be a bit of a dork, and bit of a jerk. He's the type of guy who you expect to die early in a movie like this.

Anyway, there's a scene where he comes out of the RV and looks over at the younger sister, who's in a bikini and tanning. He secretly looks at her lustily.

Let me be clear - I'm not judging that kind of thing at all, one way or the other. But in the context of this movie, and that character, that moment makes a strong impression.

Interestingly, the commentary with the French director and some American producers reveals that they had a completely different take on the scene than I did. The French guy said that the moment, to him, showed that if the guy lost his wife, he would have possibilities in the future to go off with the younger sister.

Wacky take on it to me. But hey, the guy's French. Whatchagonnado?

The American producer was, I think, adamant that we remember that she was over 18. I think that was her take, anyway. I don't remember completely what she said about the scene, other than wanting to cut the scene.

Wrong again, to me.

My take - in the context of the movie, it made the guy less likable and made me positive that he was going to die horribly pretty soon, maybe after betraying his family.

That wasn't how things went down - for a horror movie, I found this movie quite unpredictable and that was the main reason why.

I'm a strong believer that “forcing” your audience, or readers, to share your point of view on a scene, character, or story, is not the way to go. You have to set it up the way you want, and try to put across what you want to put across - and then let it go. Let people feel about it however they feel, and be okay with that, even if it's not the take you have, or that you wanted them to have.

Once it's out there - it's not really yours anymore.

And the space between what you meant, and what they think, can be the key to people really loving what you do, in the way they want.

I have never watched The Hills Have Eyes, oh, but I want to, SO badly. Especially after driving through those roads surrounded by those hills in Arizona and New Mexico. Now I really want to know what becomes of this male, unlikeable rapscallion!

Even in art and writing, no creator can really hope to depict all the thoughts that run through a character's head at all times. Some of that has to be up to those who experience a creative work, and I believe that's very much part of the process of creating. Eventually, you must hold out your hand with your work, and those who read it have to take that hand and add to it with their own perspective and experience. But everyone is going to be different in what they bring to it and take away from it. That's something we all just have to accept.

Playing with meaning is one of the great things about creating. Y

Like Banes said, you just gotta write a story, keep it to you're vision (With a handful of exceptions obviously.) and just throw it out there, and just try to learn from how people react instead of trying to change it to elicit a specific reaction.

I'm reminded of how 'Serial Experiments Lain' was meant to be taken. To Quote TVTropes "Americans Hate Tingle: Bizarrely enough, producer Yasuyuki Ueda wanted this to happen, hoping to create, in his own words, a "culture war" between American and Japanese values that would provoke discussion on the differences between their cultures". How did this turn out? American and Japanese Readers/Watchers had pretty much the same reaction and takeaway from the series. :| You can't count on the audience having the reaction you want or expect, even in instances where you actively TRY to invoke some kind of Dissonance (In this instance Cultural.) between 2 groups of viewers/readers. Another good example being Last of Us 2, that game did NOT have the reaction the writers wanted. And that's not even getting into how they changed the ending to Mass Effect 3 (It was gonna be something completely different, but someone leaked it so they changed it. Boy did that go poorly.).

Excellent article Banes, I really had not seen things that way and it's true. I often see characters in comics or movies and immediately start to judge them based on my own personal belief.

My take: French people are weird.

To me, all the different interpretations people arrive at are a large part of the fun. I wouldn't want to miss them for anything, even if I don't necessarily agree with them. It's the only reason why I bother to read reviews. They don't tell you half as much about the movie or book or comic or whatever it is they're reviewing as they do about people.

I didn't notice that at all in that movie. Just that the father realized his little girl was grown up. I got the feeling that the director thought he was some kind of New Wave autuer when he's just another horror hack.

The reason why "Killer 7" is my favourite video game of all time is because the storyline and representation of the game is so intentionally vauge and so riddled with symbolism and hints that it can be interpreted so vividly and from so many different points of view. A similar case with the movie "Joker" (Did all of these events and people really exist in Arthur Fleck's life, or was it all happening inside Arthur Fleck's mindspace? Was it all just another distorted anecdote inside the head of a complete madman? Who knows?) I myself struggle the whole time now coming up with ways to put out my stories and which way to choose. Should they all be told seperately or should I put all eggs in one basket? Should it be vauge or should it be as comprehensive as possible? I understand that in the end, regardless which way I go around it, I'm just going to have to accept that people are going to see it their way and add their interpretation to it. And I'm fine with that. That's how it should be👍

Hon hon hon, vive la France. Wacky take indeed. Obviously the husband was thinking, I hope she doesn't catch a chill, I wish she would wear a cardigan. But your point monsieur is très valid.