Fear of the unknown 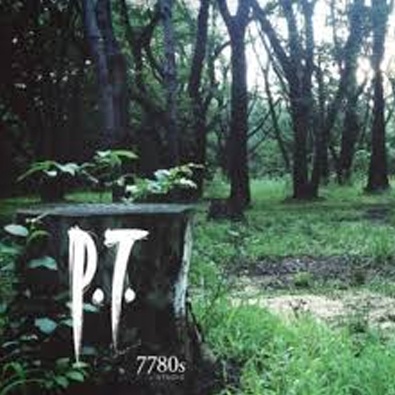 I was talking to a friend of mine the other day about the long abandoned video game demo, P.T, a PTSD inducing horror teaser that went on to be scrapped by game publisher, Konami, before the project had gotten on its feet. I was arguing that the real horror behind it was the fear of the unknown. The game has the player wake up in an abandoned, concrete room. Marks have been scratched into the walls. Someone has been counting days. Then the door opens. You think you’ve seen a face. It could just be your imagination.

You take a step into a hallway and, it is then, that the real game begins. You’re immediately aware something isn’t right. For one thing, the clock sitting on a side table, nestled into a nook, is stuck at 11:59pm. There are pictures of a once happy family. One appears to be broken. A woman’s photo is torn to pieces on the ground. Some are missing. Much like the family. You continue to look around and note evidence of foul play is strewn about, empty beer cans, scribbles on the walls, discarded toys about the place. You’ve seen this before. (Did you do this?) A broadcast crackles on. It’s coming from the entryway. You step closer, noting the closed door to your right. What might be inside? Maybe it’s better not to know.

A radio sits next to a framed photo of a happy couple. (Where are they?) The radio host confirms that something has indeed gone awry; a father, after having committed familicide, is found sitting in his truck reciting numbers over and over. (Did you do this?) Strange that the news is playing so late.

A door opens at the end of the hallway. You can’t go back so you go through it only to find you’re back at the beginning. Only this time, you hear more than your footsteps on the hardwood floors. There’s a clip of a heel, followed by a limp foot, scraping against the ground.

The beauty of P.T was that it fed information to the player to keep them alert but not enough for them to understand the situation they were in. The knowledge that something is watching you, following you, waiting to pounce and snap your neck keeps you on edge. You don’t know how you got to the spiral hallway, why you’re there or why you’re being hunted. Horror works best when the player, or in the case of comics, the reader, is left to ponder the unknown; to fill in the gaps with their own twisted imagination.

You descend further into the nightmare as the hyperreal events spiral out of control. The ghost is just behind you, in windows, looking down at you from the balcony. It stands between you and a potential way out. You don’t know what she wants, you don’t know why she hunts you. All you know is that she can, and will, capture you and there is nothing you can do but continue downwards into madness.

Do you think too much information ruins horror? Let us know in the comment section below! And join us on Sunday evening for our Quackchat at 5:30PM(EST)!

Submission for pitches for the DrunkDuck Anthology are open!
You have until 31 August to get them in! Check out PIT_FACE's article for more information on the theme and getting your pitch ready for submission or you can head on over to the forum. You can also join the community on the Discord server.

Agreed, in so many ways! While sometimes the threat of incomprehensible horror can lead to laziness in writing, it's superb when it's well-written and well-handled. Too much information often ruins the threat, and it also limits how much the viewer or reader or player can create in their own mind. We will always imagine things much more unsettling, because we know best what will frighten us the most! We just have to have the framework there so we can do that...to ourselves!

I agree @ozoneocean, it has the same impact as if someone tells you the end of a book/movie (at least for me). And as @Andreas_Helixfinger said, the Silent Hill games have some of the creepiest and horrifying experiences you could ever see.

I played the PT demo at my brother's place one time long ago for about 20 minutes or something and then I stopped. My God, it was the most horrifying and nerve shattering game experience I've ever had and probably ever will. I've played through Silent Hill 1, 2, 3 and 2/3 of "the room" (escort, back and forth inventory system, those fucking unkillable ghosts--I give up-.-). All of them too scary för me, hence why I only played through them once, but I don't think I could ever have stomached the final Product of PT. I still think its use of the unknown, the forbidden and the imagined is the best horror there is, and is worthy to be experienced, but to be completely honest I usually stick to the not so scary kind of stuff, like, Galerians or Evil Dead. I guess I'm not as big on horror as I sometimes wish I were^^

Yes, information does ruin it. If you know what's what and can define it things usually aren't as scary. Sometimes they are though... not often but sometimes.