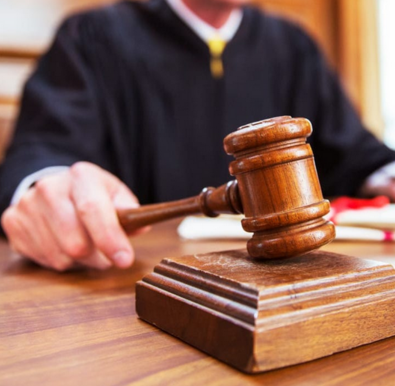 Many of the conversations online that concern “genre fiction” generally mean sci/fi, fantasy and horror. This stuff is distinguished from “mainstream” genres like contemporary dramas and comedies, and period pieces that are…well, dramas and comedies. it also doesn't include big genres like romance and psychological thrillers.

The genre that falls somewhere in the middle of “mainstream” and “genre” fiction, and is a massive category of fiction is what I'd call the Crime genre.

This stuff is about the Law vs. the Unlawful. Cops and crooks, or lawyers and the justice system.

Subcategories would involve Heist movies where the roguish lawbreakers are the heroes, and courtroom dramas and “case of the week” series like the Law & Order franchise.

This genre would include the Elmore Lenard books about shifty ex-cons, hitmen, cops and detectives, as well as The Ocean's 11 movies, and dramas like Breaking Bad and Better Call Saul.

Where fantasy trades in magic and non-magic, sci/fi in conflicts or environments based on extraordinary technology and horror is about the monstrous vs the normal and being scary, the crime genre is the Legal and the Illegal.

And “Legal vs. Illegal” is not always the same as “Right vs. Wrong”.

While any genre can be used to examine the human condition, I think the Crime Genre is uniquely suited to it. One of the ongoing themes/undercurrents in Better Call Saul is that idea of Right and Wrong, and Legal and Illegal, and the shades of grey that can exist between all of those poles.

I don't think some of my favorites like “The Firm” and “The Fugitive” are crime stories. Though they are amazing, the ‘crime’ aspects of those stories are more background color than central to the stories. I'd call them both thrillers.

By the way, that those two come so strongly to mind are a testament to how great they are, but also to how old I'm getting. Sheesh! These references will need a refresh at some point!

I also would call Mystery a separate genre, even though there are good guy and bad guys and a crime committed in those stories. The thrust of those stories would be the mystery as opposed to the crime-based conflict we're talking about. It's about what kinds of conflicts are in a given story.

Of course, there are combined genres out there that help keep everything interesting.

What's your favorite Crime story? Ever written one?

I work in the legal field as my "pay the bills" job, and I am fortunate to have a manager who loves comics. A while back, she told me about this initiative called https://graphicjustice.org/ which focuses on using comics to depict legal issues, including criminology, social justice, etc. hey have a conference every year in various locations around the world. Sharing this in case anyone is interested... I love reading true crime, binge watching SVU and serial killer docs, and staying up till 3 AM reading serial killer bios. I've always been fascinated in what makes people tick, especially evil people (morbid curiosity, I guess). I recommend Mindhunter (Netflix) and A Time to Kill (John Grishman novel). I probably have more, but that would be a novel in and of itself... Maybe one day, I will write a crime story, or incorporate elements of it into another work It's something that's crossed my mind.

Oh right: and Death in Paradise. And Miss Fisher's Murder Mysteries. Now that I think of it, on those occasions I watch TV at all, I do watch detective shows more often than I realise, and apparently I watch them more for the gimmicks than the actual crime-solving. I accept the latter as necessary in order to create some kind of plot, but that's about it.

Tatort (translates as "crime scene") is a more or less mandatory Sunday prime time programme over here, whether you like it or not; most other stations will assume that everyone is watching it and won't even bother broadcasting anything you might want to watch instead. It's a series of police procedurals that has been a staple in German TV since the early 70s. Every episode is a self-contained film around one of the different recurring casts for different towns, which in turn determines the local vibe and what kind of film it will be, ranging from lighthearted funny (Münster) to pretty sick and trippy (Wiesbaden) to feminist (Hanover) to badass gritty (e.g. Cologne) to downright nightmare fuel (e.g. Dresden, Bremen). I don't watch a lot of TV in general, which enables me to successfully avoid most of them. They're generally really well-made, but crime isn't really my thing. In English language TV I kind of ended up watching a lot of Midsomer Murders and The Mentalist for some reason.

With my cheap TV antenna picking up old shows, I've recently been into the Greatest American Hero (I like old stuff, older than me), which is more of a detective show than superhero. Although, tbh, basically all superhero shows/movies are crime + sci-fi or crime + fantasy.

@Banes: Actually, I never saw Scarecrow and Mrs. King until I got to college. I saw maybe two episodes before the channel struck it from their line-up. Ten years later, I found the series and DVD and bought it (because I really liked those two episodes). -- I grew up watching all the godawful series on USA network (The Big Easy, Silk Stalkings, Pacific Blue...) because I had an itch to scratch, lol.

This was super insightful actually.

I've really enjoyed the Tag Forester comics here on DD, and before that the The Rose Killer was compelling (if unfinished).

@KAM - haha! @usedbooks - Wow, Scarecrow and Mrs. King! That's going way back! I remember that - you must have been an infant while watching that one! @OrGiveMeDEath_Ind - well played indeed xD

Crime makes for a good genre because those engaged in crime are inherently flawed. I say that as I work on my on crime noir that I will refrain from shamelessly promoting.

I watch almost nothing but crime serials. I'm picky though. I hate courtroom dramas and police procedurals. I prefer the detective whodunnit shows and espionage shows. Scarecrow and Mrs. King is probably my all-time favorite. I'm currently watching through Monk. The first "crime show" I ever saw as a kid was Moonlighting. The second was Get Smart. I was obsessed with both at eight years old. I taught myself hot to program the VCR so I could tape them since my bedtime was early. My granddad introduced me to Agatha Christie. I called dibs on his collection (a substantial one) when he passed away. They were the first books I read for fun. I also love seeing different interpretations of Sherlock Holmes, although the original stories were a hard read due to the language and style. (And some were ridiculous, borderline sci-fi.) Oh, and I guess Lupin III falls into this category too, of which I am also a fan and named two pets in homage.

This is the genre. The story you're about to read is a crime. The names have been changed to protect the author from a lawsuit. ;-)