Welcoming a new member to the cast 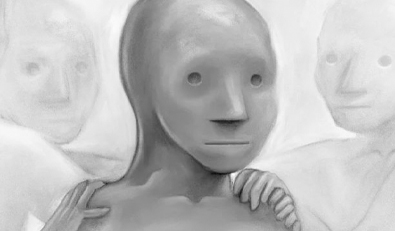 I’ve been getting back into reading epic fantasy novels. Grand worlds, exotic locations and, of course, an ever increasing cast of characters. As I am one to never stop taking notes, even when I’m trying to chill, here are some things I noticed about introducing new characters that can easily translate into comics.

Try not to bombard the reading with multiple characters
If the new character you’re introducing is going to be sticking around for a while, give the reader some time to get to know them. Dedicate a whole scene where their personality is on show, whilst giving the reader a reason to care that they are there. If you’re introducing more than one character, avoid having them compete for the spotlight. If one character is more gregarious, dedicate the initial introduction to them and then follow it up by the quieter character having an aside with the protagonist. Not only does this give the reader a chance to get to know each character, it also highlights their personalities, thus making them more memorable.

Have a good reason for why the new character is there to begin with
Start with the old show, don’t tell. This can be with a line of dialog, an action, or even the manner in which they enter a room. How the other characters react to this new person highlights their importance, or lack thereof, their station in society, or even their personality before they have been introduced. Are they delivering a message? Are they an important business client? Are they a healer or mage? Have their entrance mean something and pay attention to how others react to them.

Distinguish them by focusing on their differences to the main character/s
What is the protag’s first impression of the new character? How do they differ to them, be that in their values, looks or manner of speech? By comparing them to the main character not only are you showing off their traits, you're reinforcing the views and characteristics of the protagonist. Remember, that these initial differences can change in time or prove to be a boon/hindrance, so it is a great time to introduce some subtle foreshadowing.

Figure out what their place is in the story and how long they will be there
The new character has to have an impact for them to be memorable, so keep that in mind before you go ahead and introduce them to the world. Extraneous characters are just a narrative drag so try to avoid having a new character for the sake of keeping the story fresh. If the character has a name, then they need an appropriate place in the story.

How did you introduce a new character to your story? How did your readers respond? Let us know in the comment section below! And join us on Sunday evening for our Quackchat at 5:30PM(EST)!

I usually don't know if a character is going to stick around, the first time I might introduce them into a story. I try not to plan that too much now, because I often end up being surprised by the voice of the characters. Sometimes, I'll have characters intended to be incidental, but which assert themselves creatively and I keep them around. Sometimes, I plan characters to be far more prominent, but they're not interested in more than a support role. I try to let that go as it will, since one of my big regrets in Incubus Tales was waiting so long to bring a character back and add him to the main cast. I questioned the impulse, and I think that was a mistake! I should have always had him join in, based on his strong personality in his intro.

I love introducing new characters. Often, I just promote background or minor characters to bigger roles. Makes the intro easier (and seems more deliberate somehow). Since I never know how they'll be used, I try to make all the background and extra characters interesting. (Mostly because an early one I drew with a throw-away design I didn't like ended up in the main cast. :P )

Last time I introduced a new character I snuck her in by giving her an incidental role that was however integral for one particular gag (and nothing more). I kept a close eye on how everyone reacted and decided on giving her a recurring role only then. I might have done so anyway, though, because in the middle of preparations I realised how much I enjoy drawing her.